Spent the afternoon with Eric, He had a morning meeting so he couldn’t go at day break.


He is a hero now after giving every one who wanted Valentines day off the day off. He has two older single women who will open the main office and take care of business.


So we drive a hour west to start our hunt at a small hobby farm. They had lost a couple hens and a turkey in the last two weeks and the ladies brother works for a farmer who had us take care of the coyotes on his place.


They have 160 acres 80 wooded where they cook sap into syrup.

On the back side of the 80, is a swampy area over grown with brush and grasses.


We set up about 50 yards from that area where there is a small clear area so it wouldn’t be easy for a coyote to sneak around us.

It is my first time hunting this place so found a bigger tree I could lean against to break up my out line.


Eric opens with a challenge howl and got a call back form a single coyote. The barking went back and forth for a good 10 minutes and you knew from the sounds the coyote was working our way. Took about 15 minutes for it to poke its head out of the grass, Eric signals I should take the shot as soon as I wish.

The coyote makes a left turn toward the decoy and I squeeze the 50 some yard shot off. Eric gives a fist pump and makes like looking at his watch.

10 more minutes we shut the sounds down and wait 10.

Gather our gear and look at my male coyote decent fur.


We make it back to the truck, as we are stripping down, Mandy comes out of the house and says she has just taken cinnamon rolls out of the oven and has a fresh pot of coffee if we would like some.

Some more perks of coyote hunting. Home made cinnamon rolls and real good coffee has to be right up there.


On down the road a good 15 minutes we come up on a pig farm, we have been hunting this farm about 15 years now. Seems to always produce a coyote or two about every three or four months. Place backs up to a wild life refuge of 500 or so acres. Large wet lands included with Egret nesting platforms.


We walk across the melting snow covered fields to a tree line we are going to set up. Walk to about 50 yards from the edge of the field set the decoys and callers out. Make it back to our tree line and start with a female coyote calling for a mate sound.


Sound runs about 15 minutes when we hear a coyote answer back then a couple more join in it sounds like. Took another good 10 minutes for a pair of coyotes to break in the open. Eric alerts me to them and signs I should try to get where I could take a shot at the second one. I lay on my right side and roll on to my tummy pulling the swift behind me. Once Eric sees I am ready he gave me the trigger finger. We have two coyotes down.


At the truck we decide we will try to circle the refuge and try them from a public land spot we have hunted before. Come march when birds start returning it is impossible to hunt this are for all the bird watchers hoping to spot that first what ever returning for the summer.


It is nearly 4 mile drive around to get where we were going. Park in a empty lot that showed no traffic signs since the last Snow Sunday Morning We trek down a path to the edge of the woods over looking a wild life planting of soy beans to set up the decoys and callers.

A full 30 minutes and we didn’t see any thing or even get answers to the challenge call.


Back at the truck changing out of our camo we decide that with the mild weather so far a lot of birds are remaining in the area. Which in turn has birders in the area on mild days like Saturday had been.


Back on the road we head north we are getting close to a very large wild life refuge so popular duck and goose hunters spend hours waiting to draw for blinds to hunt from.

It is also prime coyote hunting as they raise pups who move to the surrounding areas to establish their own packs.

The farm we chose is a huge crop farm, they have planters out on the concrete going over them making ready for the planting season they are praying is dryer than last year.

Mister Mack stops and comes over as we are dressing and says he hasn’t heard or seen a coyote in a good long time nor any of us either.


We say we will return in about 30 minutes and head out.

Here all tree lines have been removed all stone piles which there hadn’t been many of to begin with are buried. Only cover we have is a brushy area around what they call the sink hole a small open pond with boggy ground around. It is just a bit off from a wood lot of the neighbors.


In 15 minutes we have 4 coyotes out in the open working thru the corn stubble to the decoys we decide to take the trailing pair then try to swing on the lead pair.

As soon as the first shot is off the KI YA sound is hit on the caller to stop the remaining pair for a shot wondering what was going on.


Back at the machine sheds we load the four females and Mister Mack comes over to see them and say he is surprised since as he had said seen nor heard any for a while.

Invites us in the shop for fresh coffee and a short visit.


We leave there and have about a hour and a half of light left figure we can get in 3 sets if we don’t do a lot of driving between.


Five more miles north and we hit a sheep farm a rare one in this area of prime soy bean, corn, winter wheat and sugar beets crop land.

We make our way across a pasture to a stone pile about 75 yards from the woods. Get set up and after 30 minutes we have not seen a thing nor any answers to the challenge call.


Pack and head for the next place another hobby farm where they are trying to maintain a diverse farm with crop fields and wood lot.

They run a small herd of mixed beef cattle there.


We run into another dry hole again no answers to the challenge barks either.

Back at the truck we decided to call it a day since there wasn’t really enough time to make a set after driving to the next farm.

Make arrangements to go out Thursday morning and take Mike with us.

Good shooting and good calling! Haven't had a coyote track on my place all week. Nothing worked the traps either, and no fox or coyote on the trail cams.
alleyyooper

I've only had a coyote picture on my trail cam twice in 2 years. normally do not see tracks either as we have had very little snow this year that stuck around.

But some times in the early morning day break time and evening just after last light a lot the coyotes will go vocal.
Isn't long after I hear that vocalation I am out calling them with a friend or a lone. shoot just one and they seem to quit the area. 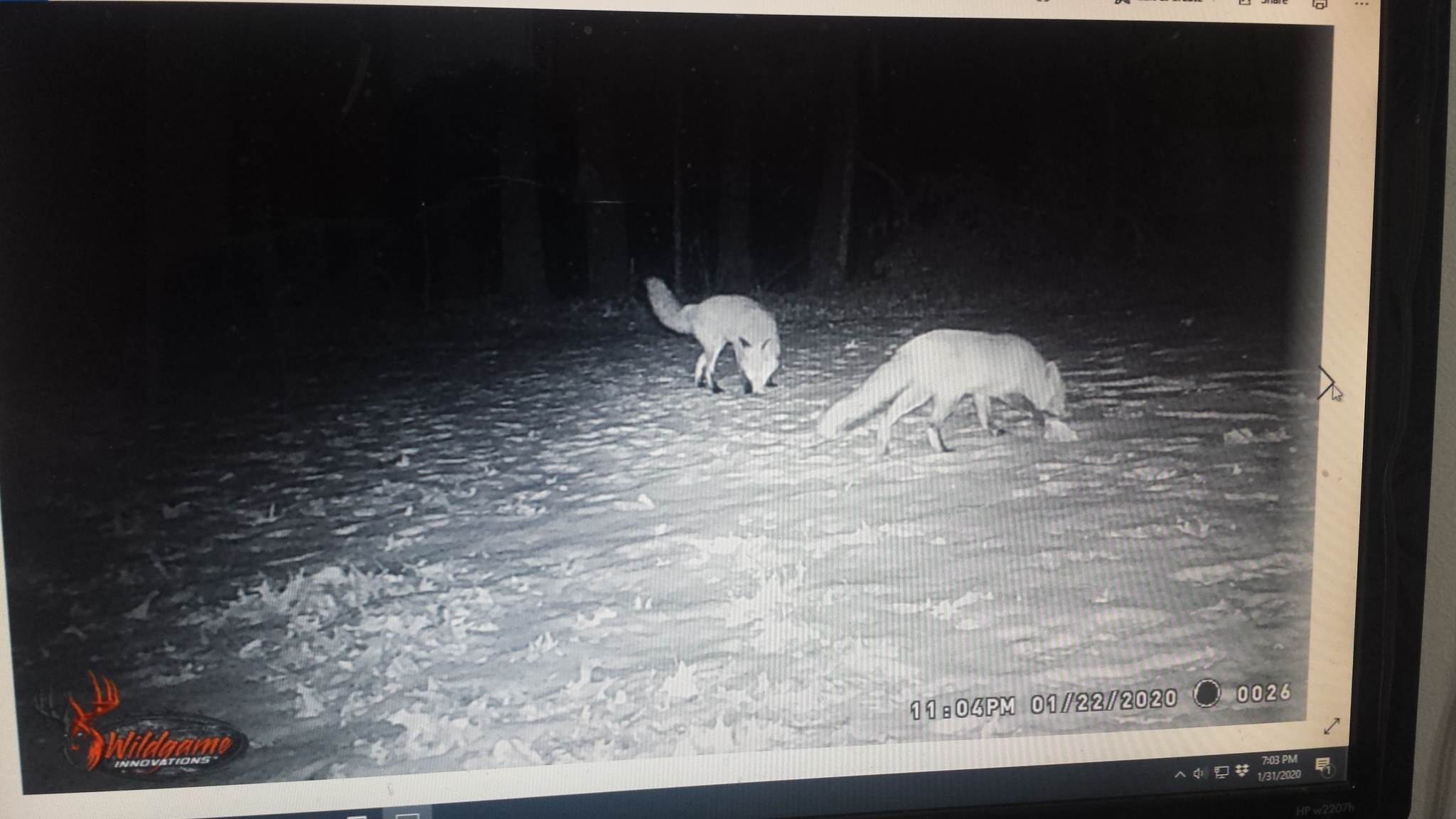 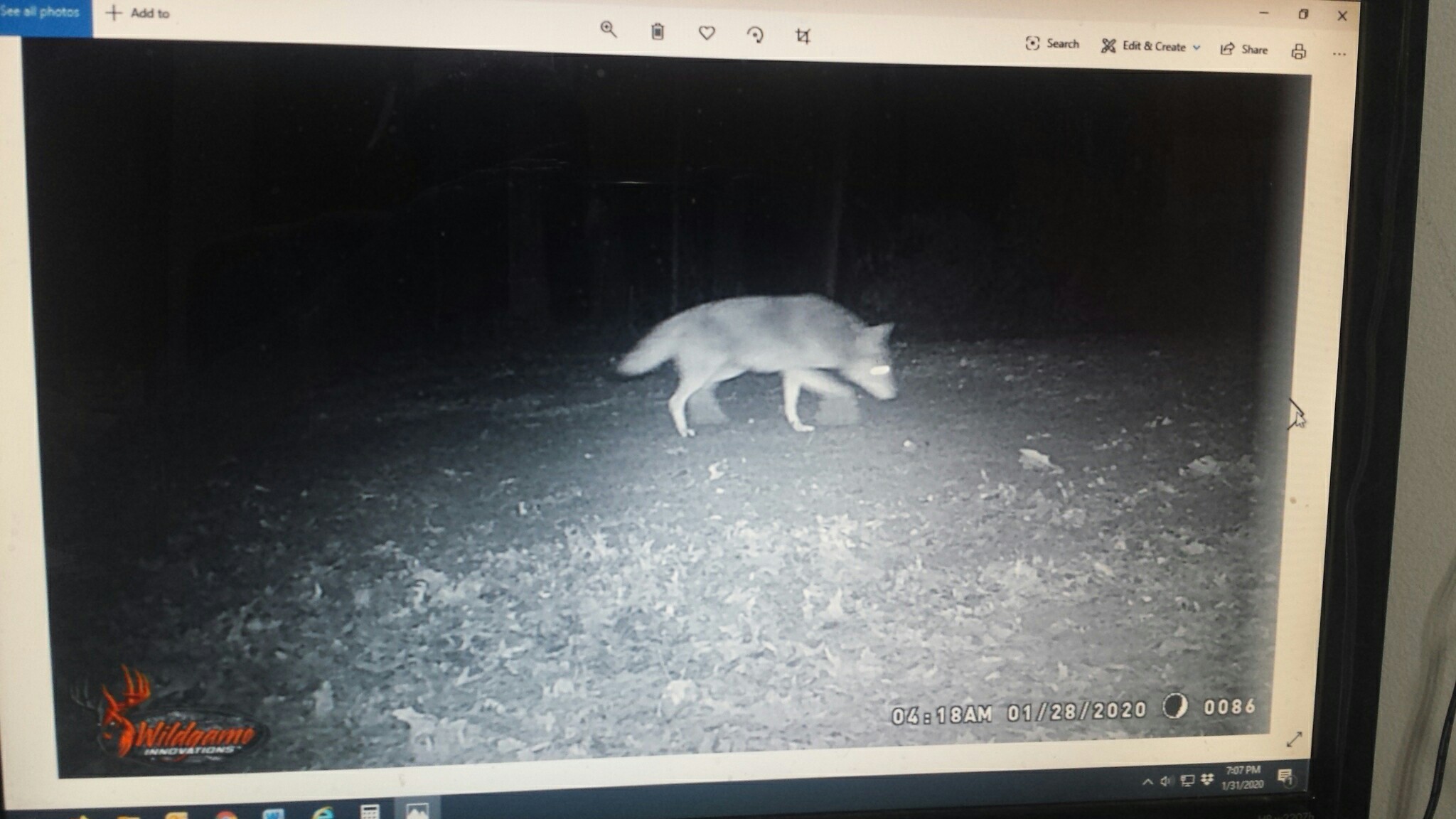 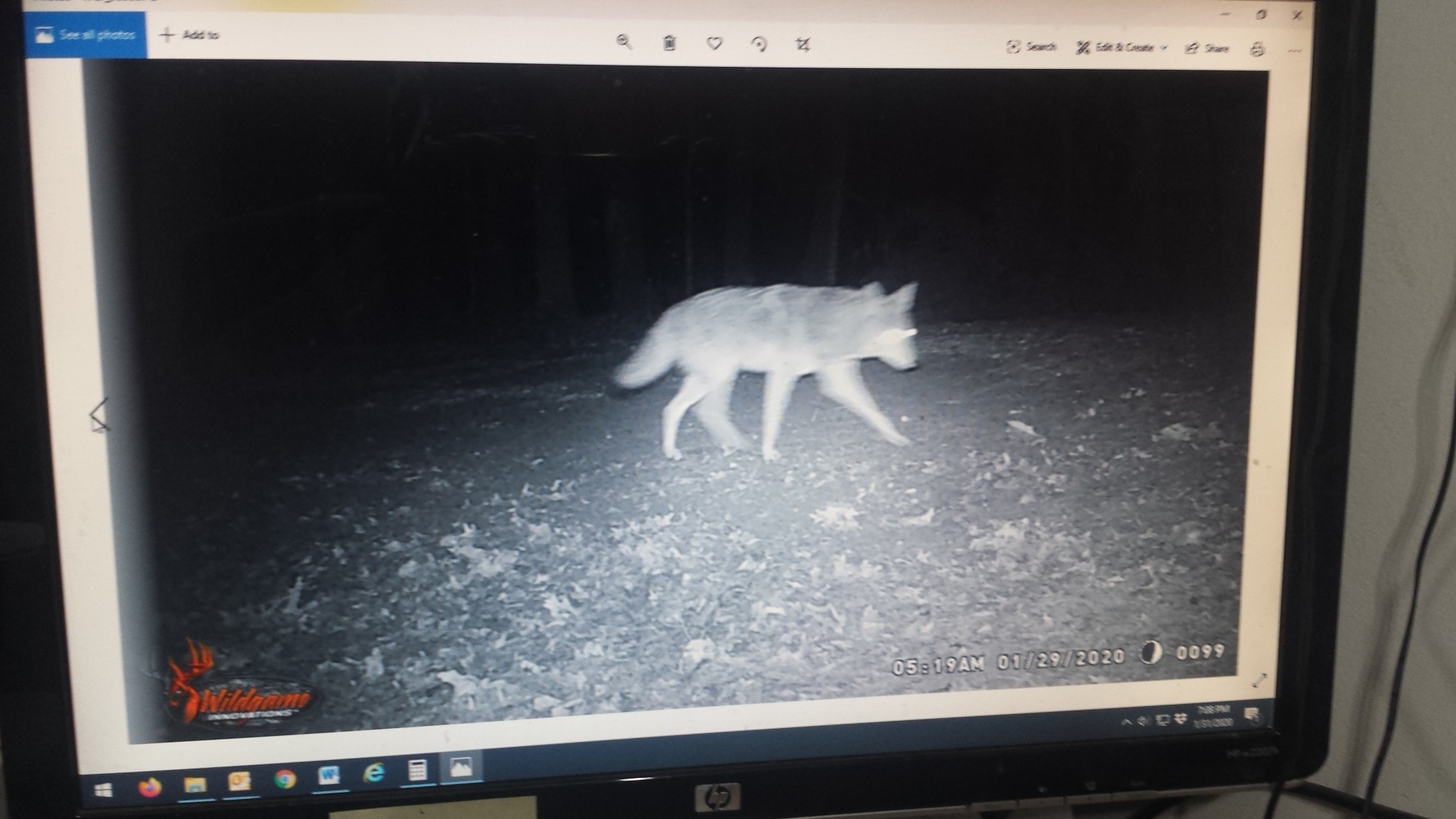