Favorite vehicle you have ever owned

1999 Tahoe 4x4 LT.
Man, I drove that thing EVERYWHERE.
Of all the vehicles I have sold, I miss that one the most.
1Alpha1

I've owned a lot of vehicles over the years. For the time being, I'm going to exclude m/c's. Never really had a lemon in regards to a car or pick-up.

Obviously, it's not a daily driver. It sits on the driveway more than it's driven. It's a pick-up, and I like having one when I need one. Anyways, it's been remarkably dependable / reliable. It was a one-owner vehicle when I bought it, and it was spotless inside and out.

I've owned Ford pick-ups in the past, and always thought of myself as a Ford kind of guy. I don't see myself getting rid of my Silverado anytime soon. It's all the truck I need.
lone wolf

I'm still driving it today 1987 Ford Bronco. Did also like my 1970 Maverick that I got as my first car and also a 1978 Mustang but the old Bronc and I have had our ups and downs but we're both still here!
Goinwheelin

I was young and dumb and put that truck thru the ringer taking it down any trail it would fit and some it didn’t. Upgraded to big block, 1ton axles, gears, lockers 44” tires. Finally had to cut the cab off it and put tube in its place because it was so smashed up. 1980ish Mazda RX-7 2 door hatchback sports car with the Wankel rotary engine.
First decent car I owned.
Limited seating so I never had to be the designated driver or play chauffer.
Smooth engine. Once found myself in 3rd gear not 5th on the highway and only noticed due to the tach reading.
Had about the same mileage as my current Nissan Frontier (in real life driving).
Had room for hunting equipment in the back hatch.
Girls liked it.
If you reved it (to the moon) she had tons of acceleration. Surprised a few motorcyclists with my acceleration on the highway on ramps. Some guys on motorcycles like to show off (and pass people in less then safe spots).
old CB
O

The earlier thread about worst vehicle had me at a loss. I've been lucky, chose wisely each time, or just had luck. Even down to the '58 Cadillac ambulance that I bought for $300 and drove to Woodstock. Someone had bad luck with a 70-something Dodge Dart with a slant six. I had a '74 Dart, slant six--bulletproof. One of three slant sixes I owned, and all were great. (It had a vinyl gear driving the distributor and and that caused me some grief one time.)

Favorite vehicle--back to the present--is the 2002 Toyota pickup that is now my personal and work vehicle. Somewhere around 225k miles, and the thing is a gem. 4WD w/ a 2.7 engine & 16" tires--thing is like a jeep in the woods where it works most of the time. The woman who works with me practically salivates over this thing. It's showing its age, but if it dies tomorrow I'll be looking for its clone--standard trans, no electric windows--plain Jane in her work clothes.

A guy up the road said I should send Toyota a photo of its bed. If you look close you can see it gets used.

Slant six engines-- Chrysler/Plymouth/Dodge--got me thinking about my first. Paid $200 in 1974 for a Plymouth Belvedere with 96,000 miles, which was seriously geriatric in those times. But this one had new brakes, muffler--and maybe shocks?. We called it "the green limousine" because it was a smooth ride next to my '62 3/4 ton Chevy pickup that bumped down our dirt road like a hay wagon. We loved that vehicle (if it still exists on the internet there's a story I published about 20 years ago "the green limousine"--nope, apparently Exquisite Corpse is gone).

One winter ('77, '78?) I worked as a milking hand for a dairyman, 6 miles away. Which meant that I had to leave the house early to be at his barn for milking at 5 a.m. every morning of the week. Several miles from the Canadian border (NY) it got chilly--it was nothing to wake up to 20 below zero. We had no electricity or plumbing at our place, so you couldn't plug in a block heater for easy starting. I had that worked out however.

Every morning when I got up and started coffee (4:15 or so?), I raked out the bed of coals from my woodstove into an aluminum turkey roaster pan, carried it outside and slid it under the car, right under the oil pan. About 20 minutes later that thing started up like it had been in a warm garage. Damn, I was proud of that system. Was driving home from milking one morning around 9:30 and stopped where an old-timer was struggling to get a vehicle started. He gestured to my Plymouth and said, "What, do you take that thing to bed with you?"

Proud as hell all winter until the spring when it started trailing blue smoke out the exhaust. I learned that the excess heat from the coals had cooked the oil. Killed that engine.
capetrees

1987 Toyota pickup, 4WD, 5 speed, only vehicle I have ever bought new. Pulled my fishing boat many miles with that truck. Got married, had kids, bye bye truck.

Location
G.N.W. BUT CURRENTLY IN UTAH

Mine has to be my 1976 Toyota Celica GT Liftback. Got it in 78 and had it for 3 years. Air dam on the front, louvres on the rear glass. Aftermarket aluminum wheels. They were called Radial Crosswires. Pioneer sound system with TSX 6’s for the rear speakers. You could plop them on the roof and listen to music. It was Toyota’s version of the 68 Mustang.

My all time favorite is probably my 64 Falcon convertible I've owned for about 35 years now. My dad and I rebuilt the 289 in 1988 and I changed it from an auto to a Toploader in 1991. I'm always on the lookout for NOS parts for it and will restomod it someday, probably after I retire.

My Shelby makes a good case though. It checks all the boxes. Supercharged all aluminum 32 valve V8 with a manual transmission. The fact that it's a true one-of-one body style for the year is icing on the cake. 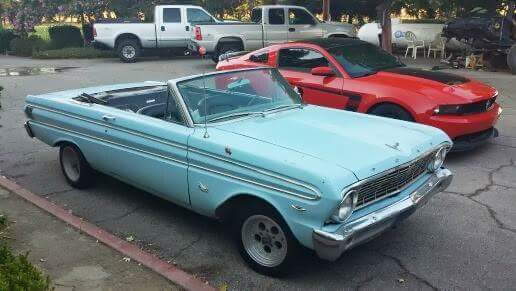 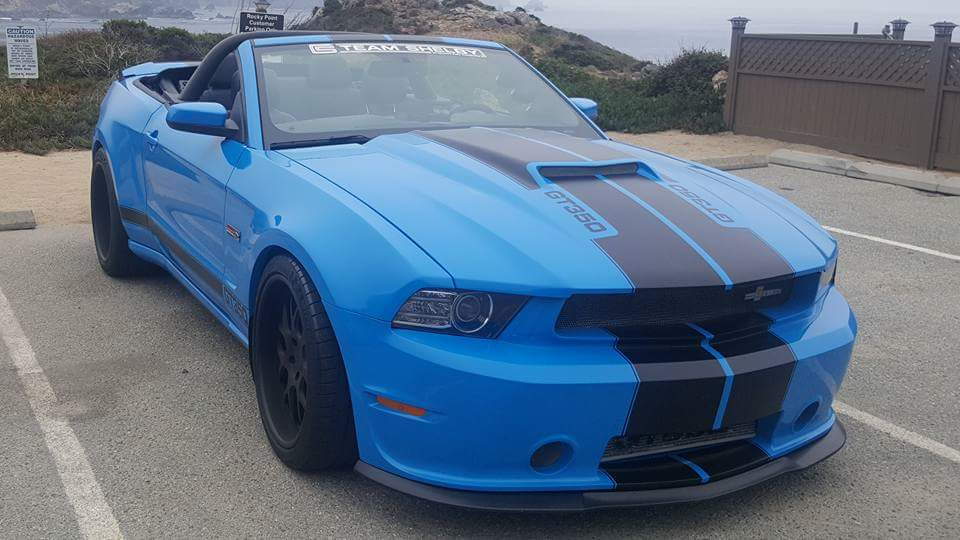 That's tough one for me, sentimental reasons would be the 88 chrysler new yorker landau my grandpa gave me. It was a great car and looked good, it was definitely comfy too. I sold it when the transmission went south. I bought a 73 Ford F100 ranger XLT with a 360 cruise-o-matic that had every piece of service and build paper from the day it left the factory to the day I bought it. It had a flower paper headliner an came with a portable toilet. I ditched the old motorcraft 2100 carb and put a holley 2300 on and kept it tuned like a fine violin. It was a good stump puller and moved the 2000 lb oak log that had been sitting in front of the cabin for 32 years out to the meadow. I had a very interesting driving incident after a honda prelude would pass me every morning and brake check me for three day so finally I pulled out around him as he slammed on his brakes then tried to hold me in the oncoming lane until I forced him on to the shoulder, he passed me again and I just stayed on his ass till he turned into a driveway. The next day he passed me and hauled ass.

I sold it in 2006 to girl who was in equestrian studies and needed a truck for the horse trailer. I saw it around for a while after that and she had it fixed up pretty nice. I definitely miss that truck. I bought a little 98 ford ranger splash with a 4 banger and a 5 speed and the radiator blew the first month I had it, then the clutch went, and it needed a timing belt. I beat the f... Out of that truck the first few years I had it until the engine dropped a cylinder. I drove it home 50 miles on 3 cylinders and oil blowing out of the valve cover. I put a new engine in it and beat on it another 7 years. It carried 1000lbs of oak and tools many times in the bed through the mountains, got lost on a low class 4x4 trail once and came out with an exhaust ripped off and fixed on the side of the road, then ran into town 40 miles away because walmart is open till 11 and back up the hill. It got me to and from the hospital when my mom was there, it got me to Monterey and back during my job exam. It was built a sherman tank and fun to drive. I decided I needed a new truck when I only needed new seats and traded it in in 2016 for my 2014 f150.

Thinking about it my little ranger was my favorite I guess.
50blues I'm rather fond of this old GMC. Lots wrong with it, but you can't beat the hauling capacity and the wonderful dump bed! But then, this limo was very enjoyable for the years we had it. Wife never liked it, though.
Goodness, this was a while ago. Only 5 kids at the time.