One time we were trying to rescue a young woman from a submerged car in a flood swollen stream. We had put a line around a big tree and run it across the road and tied it to the rear wheel of the upside down car so hopefully the water wouldn't carry it away.

People wanted to know why they couldn't "just drive over the rope?".

We got enough units on scene and closed the road at the nearest intersections, but in the meantime I was turning everyone around at the last driveway on the east side of the bridge, homeowner complained that we were using about twenty feet of his 3/4 mile long gravel drive. Pretty sure no one even put tires over the actual edge of the county ROW.

Anyone with two eyes could see we had four deputies in the water around an upside down car. You would think they would say something like "Good luck, we're praying for you all." or "I've got my fingers crossed it works out." or even just the usual "Is everyone gonna be ok?", but no, have to be testy because they don't want to be late for work or whatever.

We got the young woman out ok too.

The local paper gave credit to the city FD, even though they were not even dispatched on the call. No credit to county FD who transported her to the hospital, and no mention of the county deputies that held her head above water, cut the seat belt, pried the door open with batons, and carried her in waist deep flowing flood water to the bank. I hate the lamestream media.
Drptrch

Kern county has one going now off Bena road near a spot called ilmon on the north side of the railroad tracks, last I heard engines and dozer transports can't get across the tracks so it's a hike in show tonight. 150 acres now.

TheBrushSlasher said:
Kern county has one going now off Bena road near a spot called ilmon on the north side of the railroad tracks, last I heard engines and dozer transports can't get across the tracks so it's a hike in show tonight. 150 acres now.
Click to expand...

Osborne grabbed it as well

TheBrushSlasher said:
Kern county has one going now off Bena road near a spot called ilmon on the north side of the railroad tracks, last I heard engines and dozer transports can't get across the tracks so it's a hike in show tonight. 150 acres now.
Click to expand...

Just a couple a little bumps ))

Just a bit west if the famed “Tehachapi Loop”

History of The Tehachapi Loop

From http://en.wikipedia.org/wiki/Tehachapi_Loop. The Tehachapi Loop is a 0.73-mile (1.17 km) long "spiral," or helix, on the Union Pacific Railroad line through Tehachapi Pass, of the Tehachapi Mountains in Kern County, south-central California. The line connects Bakersfield and the San Joaquin...
www.theloopnewspaper.com

Tahoe and the Eastern Sierra just got lit up with lightning

In my neck of the woods (Santa Cruz mountains) the weather is cool, slightly breezy, and foggy in the mornings. Not that far away are red flag conditions. Be aware of the fire hazard and don't be careless. Have fire tools nearby, hopefully with a 5 gallon back pump. We all need fire extinguishers in the truck and mobile equipment AND we all need a plan, including communications, in writing. It is becoming more likely that state and local agencies will sue for suppression costs these days. It doesn't take much of a fire the rack up a half million dollar bill.

If your local authority requires a fire extinguisher with your saw just spend the 20-30 bucks and pack one with you. Put it on a belt with your Israeli bandage and tourniquet. Mine clips to the Dolmar if I don't have to carry it too far.
atpchas

2dogs said:
If your local authority requires a fire extinguisher with your saw just spend the 20-30 bucks and pack one with you
Click to expand...

Bill, can you recommend a specific make/model of extinguisher? AFAIK, they're not required but things are already mighty dry at the Preserve.
The good news is that extremely few of the severely burned redwoods you saw in 2017 succumbed to their injuries. Most the ones that died were daughter trees done in by the mother tree stump burning and cooking daughter's roots.
2dogs

Charlie The Home Depot sells a one time use extinguisher that meets the specs for chainsaw usage. I don't like it but it is the only one available (assuming it still is sold). I grew up in the fire extinguisher business working for my dad's company. We sold and serviced high quality fire fighting equipment, not the stuff THD sells today. Because of that I have a dislike for disposable... junk .But like I said it's all we have.

This time of year I carry more fire fighting equipment than chainsaws and falling tools. We have a 500 gallon water buffalo with a new pump on it but that takes time to hook up to and it is of use only if I can drive to the fire. If the Cal Fire engine close to our camp is out of quarters then we will wait quite awhile before the next closest arrives. The five gallon bladder pump always leaks a little, if I don't check it daily I may only have a 3 gallon supply.
TheBrushSlasher 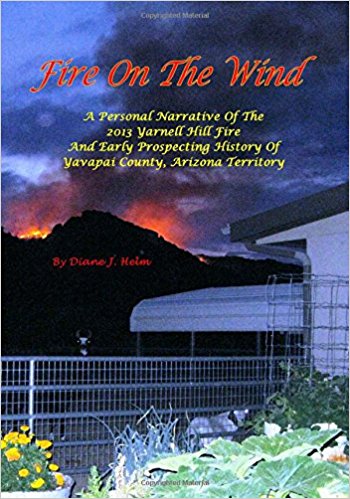 It is believed by many that the 19 members of the Granite Mountain Hot Shots that died in Arizona on the Yarnell Hill Fire in 2013 were hiking to a private ranch near the fire, which was thought to be a bomb-proof safety zone. While still hundreds of yards away, they were overrun by the …...

A lonely camera in Congress Arizona looking towards Yarnell gives a very dark glimpse of the last moments that 19 men saw on this earth.

To the fire guys and everyone else, have a happy and safe Independence Day. I hope you can sleep through the night.
Drptrch

2dogs said:
To the fire guys and everyone else, have a happy and safe Independence Day. I hope you can sleep through the night.
Click to expand...

Likewise. So far so good )

Do you guys avoid using the "q" word?
Drptrch

2dogs said:
Do you guys avoid using the "q" word?
Click to expand...

Ha ha. Was going gangbusters there for us.
State brought in IMT and Assigned a Ambulance Strike team and another one allocated if needed on Friday.
So should be be help 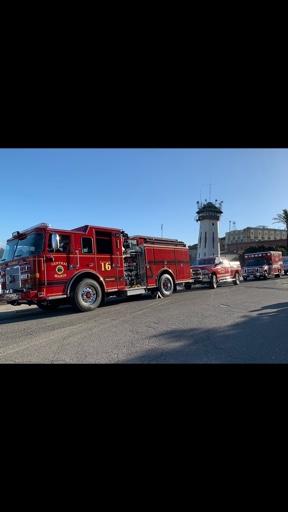 It was a active day in the South Bay yesterday. The Park Fire in Morgan Hill was winding down when the Crews Fire started. Crews is now over 1500 acres near Gilroy. Then yesterday afternoon I was attached to the View Fire, so I fired up the old brush rig and responded. Retardant had already been dropped and a dozen San Jose Fire engines were on scene when I arrived. We ended up helping mop up and cut a fire line. It turned out to be quite the weekend around here.
2dogs

The Ben Lomond Camp is on day 11 of a quarantine lock down. No project work and no fireline work. I spoke with one of the inmates this morning, he said boredom along with losing out on the "big" money is taking its toll on inmates and CalFire employees. BNL crews are probably the closest to the Crews fire.
RandyMac

could be an interesting year
more stuff like this

RandyMac said:
could be an interesting year
more stuff like this

Shots from one of our guys house in Minden, the Numbers fire
2nd one this week 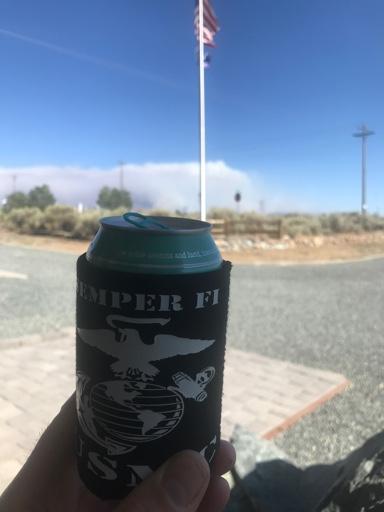 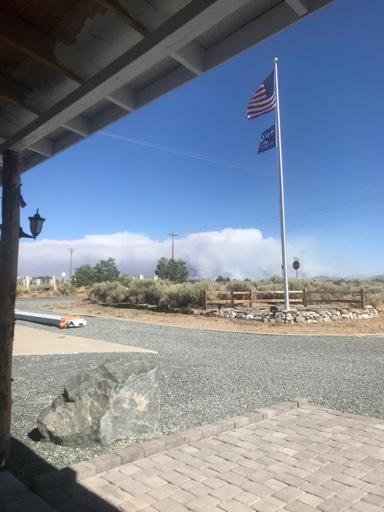 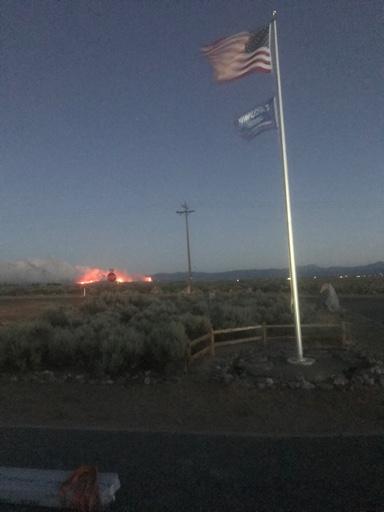 And same fire from Lake Tahoe 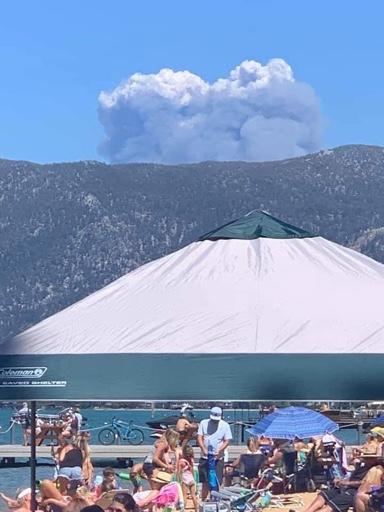