Flying the American Flag at Half Staff 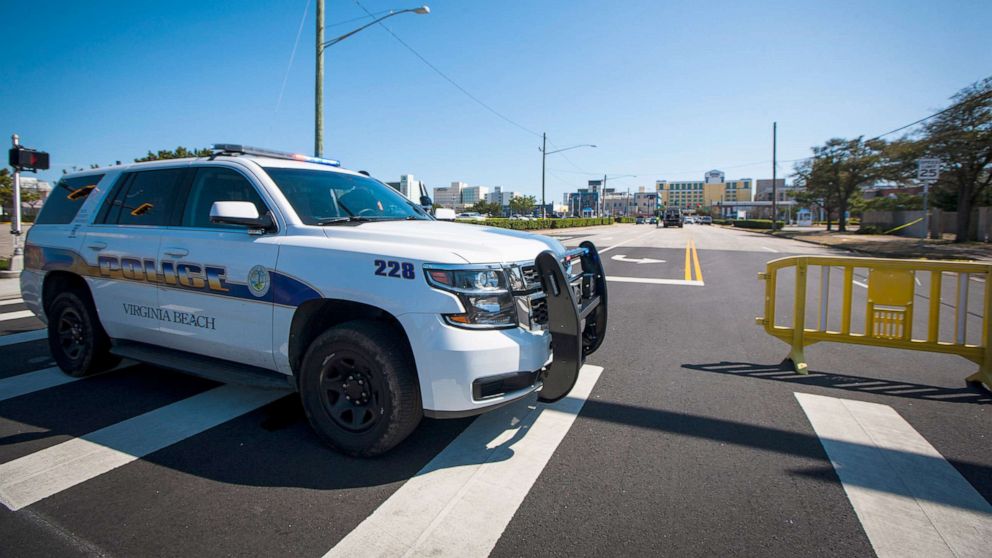 There is no suspect information for this shooting available at this time, police said.

One of the incidents was an officer-involved shooting, police said.
Two people are dead and eight wounded following three separate shooting incidents in Virginia Beach, Virginia, late Friday night, authorities said.
"We have a very chaotic incident, a very chaotic night in the beach," Virginia Beach Police Chief Paul Neudigate said during a press briefing following the shootings. "Many different crime scenes."
The gunfire started shortly after 11 p.m. local time. Officers patrolling the 1900 block of Atlantic Avenue in a resort area first heard multiple gunshots around 11:20 p.m. At the crime scene, in the area of 17th Street and 22nd Street, eight gunshot victims were found, according to Neudigate.
They were transported to local hospitals with injuries ranging from serious to life-threatening.

MORE: 7 people shot, 3 left in critical condition in Philadelphia
Police believe the shooting was preceded by a conflict that led to a physical fight, based on the preliminary investigation.
"At some point during the physical altercation, several individuals produced firearms and began shooting at each other, resulting in numerous people being wounded," the Virginia Beach Police Department said in a statement released Saturday afternoon.

Three people have been charged in connection with the shooting, police announced Saturday: Ahmon Jahree Adams, 22, of Chesapeake, Virginia; Nyquez Tyron Baker, 18, of Virginia Beach; and Devon Maurice Dorsey Jr., 20, of Virginia Beach.
They each have been charged with seven counts of felonious assault, use of a firearm in the commission of a felony and reckless handling of a firearm, and are in custody at Virginia Beach City Jail, police said.
While at the initial crime scene, officers heard gunshots in the area. Responding officers found an adult female victim in the 300 block of 19th Street near Pacific Avenue, police said. She died of her gunshot injuries at the scene, according to police.
The victim, who police said was a bystander, was identified as Deshayla E. Harris, 27, of Norfolk, Virginia.
There is no suspect information yet for the fatal shooting, which is believed at this time to be unrelated to the initial shooting, authorities said Saturday afternoon.
A fatal officer-involved shooting also occurred near the scene of the second incident, in the 300 block of 20th Street near Pacific Avenue, police said. A uniformed Virginia Beach officer "encountered an armed citizen," police said in the update Saturday. The man, later identified as Donovon W. Lynch, 25, of Virginia Beach, died at the scene, authorities said. The police officer was not shot.

"As standard procedure, the officer involved will be placed on administrative assignment pending the outcome of the investigation," the department said in a statement early Saturday morning. "The involved officer is assigned to the Special Operations Division. The officer has been with the department for 5 years."
Police are still determining if any of the three incidents are connected to each other and if there are additional suspects. All were believed to have occurred outside, Neudigate said.
At some point during the three shooting incidents, a Virginia Beach police officer was also hit by a car, authorities said. He was transported to the hospital with minor injuries and has since been released, police said Saturday afternoon.
The department said it has increased the police presence in the resort area for the rest of the weekend following the shootings.

MORE: Latest deadly shooting adds to spate of Chicago homicides
Virginia Beach police initially confirmed there had been a shooting at the oceanfront with "several victims."
"VBPD is investigating a shooting involving several victims with possibly life-threatening injuries. Large police presence at the oceanfront between 17th and 22nd St. Please avoid the area at this time," the department tweeted.
Sentara Virginia Beach General Hospital confirmed to ABC News early Saturday that it was treating six patients with gunshot wounds. Their conditions were not immediately available.


and earlier yesterday, this in PA: 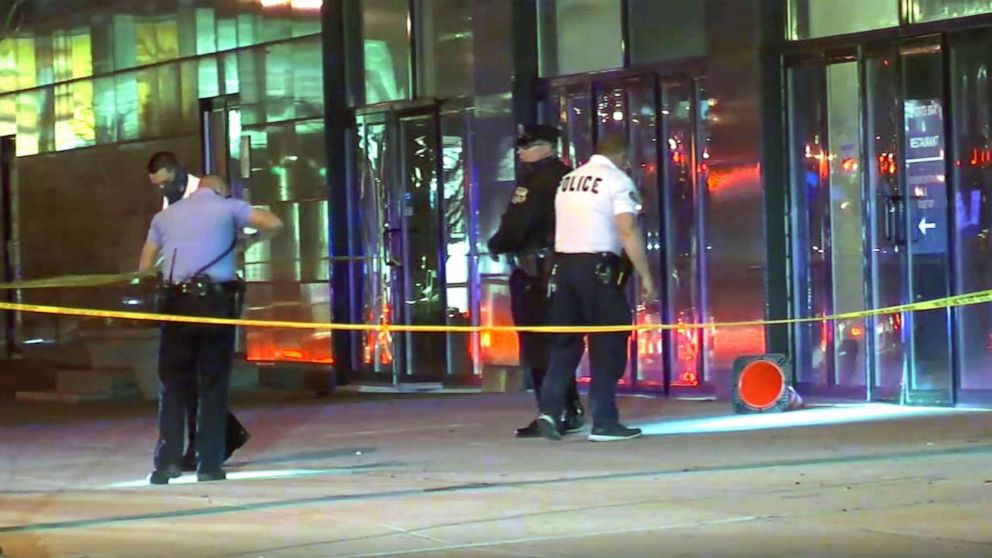 Seven people were wounded Friday evening in a shooting in Philadelphia.

Police said one person of interest was in custody Friday evening.
A shooting in Philadelphia has left seven people wounded, police said.

The shooting broke out Friday around 8 p.m. on the 1000 block of North Delaware Avenue in Northern Liberties neighborhood, according to local ABC affiliate WPVI.
Seven people were shot and three of the victims were listed in critical condition at a nearby hospital Friday night.
he other four were listed in stable condition.
Police said one person of interest was in police custody Friday evening. A motive behind the shooting is not clear.
Police said the shooting took place outside Golf & Social club, a sports bar, and the violence stemmed from an altercation inside the venue, according to CBSN
Click to expand...

slowp said:
A video? Go talk to a real doctor. As I stated in another thread, I was in a real doctor office for a checkup, wearing my triple thick mask, and my oxygen level was at 97% (I have had some lung problems in the past) which was up from the 95% at maskless time.

Also, to keep up the accusations of bigotry, what is your medical background? Did you take nursing classes? Premed? Are you a doctor?
Me thinks your purpose is to spread a bunch of lies and try to scare people so your little boy group can take over the world. Come out of the closet and state your purpose. Quit spreading lies.
Click to expand...

TNTreeHugger said:
So, two elderly customers came in this morning, the first, a gentleman about 75ish, asked me three times if I had my covid shot. Three times I intentionally didn't answer him, but then he said, "I asked you if you had your shot." I said, "I heard you, we aren't allowed to discuss such things." That was my nice way of saying none of your f-ing business. Then he tells me he had his and I realized he just wanted to talk about what happened to him... after first shot he had severe chest pains, after second shot they got much worse. He saw his doctor on a Friday, who sent him straight to the hospital, and on Monday he had a pacemaker installed.
About an hour later, an elderly lady, about 80ish, came in- same thing, she wanted to talk about her health problems (some people have no one else who will listen, so they tell it to the post office lady

). She's been having chest pains since her two covid shots.
I told her what the man told me.

Coincidence? Maybe. But, I don't think so.

On the other hand, I know of a couple other elderly folks who got the covid, don't know if the had the shots, and it nearly killed both of them. Both still suffering with the side effects.
My cousin in Jersey, Huge Trump fan (for perspective), told me couple days ago she got her shot and is getting a second. She told me of all the people she knows personally, friends and family, who got sick with the covid, and how bad it was for them. One developed bad blood clots and another can't get rid of the "covid toes."
But, they live in a densely populated area.
I don't.

I still haven't seen/read/heard anything whatsoever to convince me getting the shot is a good thing, or at least better than not getting it.
Click to expand...

I’m certain I had covid March of last year . I’ve had pneumonia in the past and it was very similar. The cough from covid wasn’t as bad as from pneumonia but everything else was worse. It absolutely zapped my stamina. At its worst walking across the street felt like a 20 mile marathon. I struggled just getting a small breath of air. I’d do it again before I’d take the experimental gene therapy shots that don’t keep you from getting it again. Having said that covid 19 is a walk in the park compared to jumping off the roof of my house and breaking my ankle. Lol
Goinwheelin

BC WetCoast said:
Which one, the majority have since 1776.
Click to expand...

1789 actually. And I’m talking about the one who got caught lying about it.

slowp said:
Also, to keep up the accusations of bigotry,
Click to expand...

They are not accusations they are observations.

Not everyone you disagree with is from California.
WRW
W

eric_271 said:
Racially motivated? Don’t let truth get in the way.He said in his own words to eliminate the temptation of having sex with them.Hes a self admitted sex addict.
Click to expand...

Yeah. The 2020 hate crimes against Asians were perpetrated in:
New York led with 28. L.A. had 15 such acts, Boston...14. Then Seattle had 12, San Jose had 10, San Francisco 9, Philadelphia, Cleveland and Dallas had 6. Phoenix, Houston, Denver, and Washington, D.C. each had 3. Chicago had 2 and San Diego and Cincinnati each had 1.
Source: Center for the Study of Hate and Extremism, at California State University, San Bernardino
But Trump caused it? These aren’t Trump strongholds, are they?
eric_271

WRW said:
Yeah. The 2020 hate crimes against Asians were perpetrated in:
New York led with 28. L.A. had 15 such acts, Boston...14. Then Seattle had 12, San Jose had 10, San Francisco 9, Philadelphia, Cleveland and Dallas had 6. Phoenix, Houston, Denver, and Washington, D.C. each had 3. Chicago had 2 and San Diego and Cincinnati each had 1.
Source: Center for the Study of Hate and Extremism, at California State University, San Bernardino
But Trump caused it? These aren’t Trump strongholds, are they?
Click to expand...

eric_271 said:
All democrat strongholds. AKA hellholes.
Click to expand...

Even democrats are becoming more and more fed up. Who knew the infection of fascism was so far along here?

eric_271 said:
Even democrats are becoming more and more fed up. Who knew the infection of fascism was so far along here?

Given enough time with all the wanton and flagrant destuction they cause some of their own will wake up.
Bwildered
B

lone wolf said:
Because some of us look down on hookers you fool! Unlike you. Racially motived your azz, he killed Caucasians too! Sheep much, you self hating White!
Click to expand...

Someone needs to have a good pray to their fake God, that's quite a display of sinning you've shown us.
TNTreeHugger

So, are we lowering the flag for anyone in PA this week? 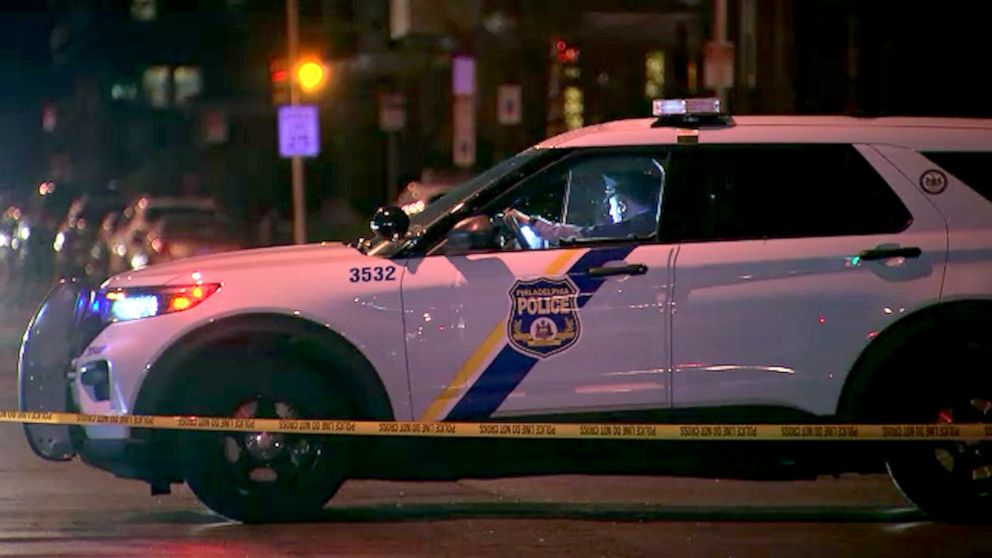 Gun violence continues in Philadelphia after 11 shot in 24 hours

Gun violence in Philadelphia was prominent over the weekend after 11 people were shot in a 24-hour period, according to police.

TNTreeHugger said:
So, are we lowering the flag for anyone in PA this week?

Gun violence continues in Philadelphia after 11 shot in 24 hours

Gun violence in Philadelphia was prominent over the weekend after 11 people were shot in a 24-hour period, according to police.

I had to read that twice... it's a gem. Need that put on a bumper sticker.

What Would Joe Do?
lone wolf

TNTreeHugger said:
What Would Joe Do?
Click to expand...

No, Sleepy flag-lowering Joe.
Did he order a flag lowering for PA. I'll have to go check...
TNTreeHugger

Nope, no official flag-lowering order... guess the folks in PA don't count for much.
lone wolf

TNTreeHugger said:
No, Sleepy flag-lowering Joe.
Did he order a flag lowering for PA. I'll have to go check...
Click to expand...

TNTreeHugger said:
I had to read that twice... it's a gem. Need that put on a bumper sticker.