After finding some missing parts, a good cleaning and fuel system I finally got to use my 42. I picked this saw up in a pile of others 3 years ago. Dirty but light use. Had no bar and chain or muffler. I originally wanted a 3/8” lp set up on this saw but I came across a good deal on the 16” .325” bar and chain so I kept it like it was. Prior to this I had sold or given away all my small saws. The smallest was my Dolmar 540 or 111i. Both have 3/8” and are a little big and grabby for the brush and small stuff. I started a nasty project today clearing brush, small trees and bittersweet. Not a good “power” test but I’m pleased with it. Real snappy, light and easy in the tangled mess I’m in. These guys pack a while lot more punch than you would expect for 42cc and will pull a .325/.058 chain just fine.
I do want to get a NK setup together for my collection of them one of these days.
joe25DA

82F100SWB said:
These guys pack a while lot more punch than you would expect for 42cc and will pull a .325/.058 chain just fine.
I do want to get a NK setup together for my collection of them one of these days.
Click to expand...

It’s a great little pro saw. Years ago guys would gripe that they slowed with an 18” bar buried in oak. That’s not what these were made for. It will do it but not like a 266xp. When used for what it was intended I think this saw will hang with most modern 42cc stuff and outrun some too.
Pioneer

A nice saw in good shape. If you can find it in your area try some Stihl 23 RS pro chain. Quite fast and smooth cutting.
If it's a 58 gauge bar the regular RS is the next best choice. The 266 wad definitely designed with a very different purpose in mind. Dad's big saw was a 254. He tried a 61 for an afternoon once and couldn't figure out why someone would want something that heavy.
Our forest home mirrored what you find in Sweden, our pulp mill was built by Stora and they brought Swedish logging techniques with them. He had gone to the 154 when the 444 was discontinued, carried on to the 254, but one season when the first saw died, all the dealer had was a 238, and another 254 was 3 weeks out. I can blame my now owning all of the 133's on that dealer...
The 238 got traded in on the 254 that was on order, but he went to a 2 saw plan in the years following, 42, then a 242, then a 42 Special, then the 242xpg and 246xpg I have. Everything, including the 254's ran a 15" bar.
Saws started lasting multiple years, and he found it was much easier on him to achieve the same production.

Pioneer said:
A nice saw in good shape. If you can find it in your area try some Stihl 23 RS pro chain. Quite fast and smooth cutting.
If it's a 58 gauge bar the regular RS is the next best choice.
View attachment 881975
Click to expand... 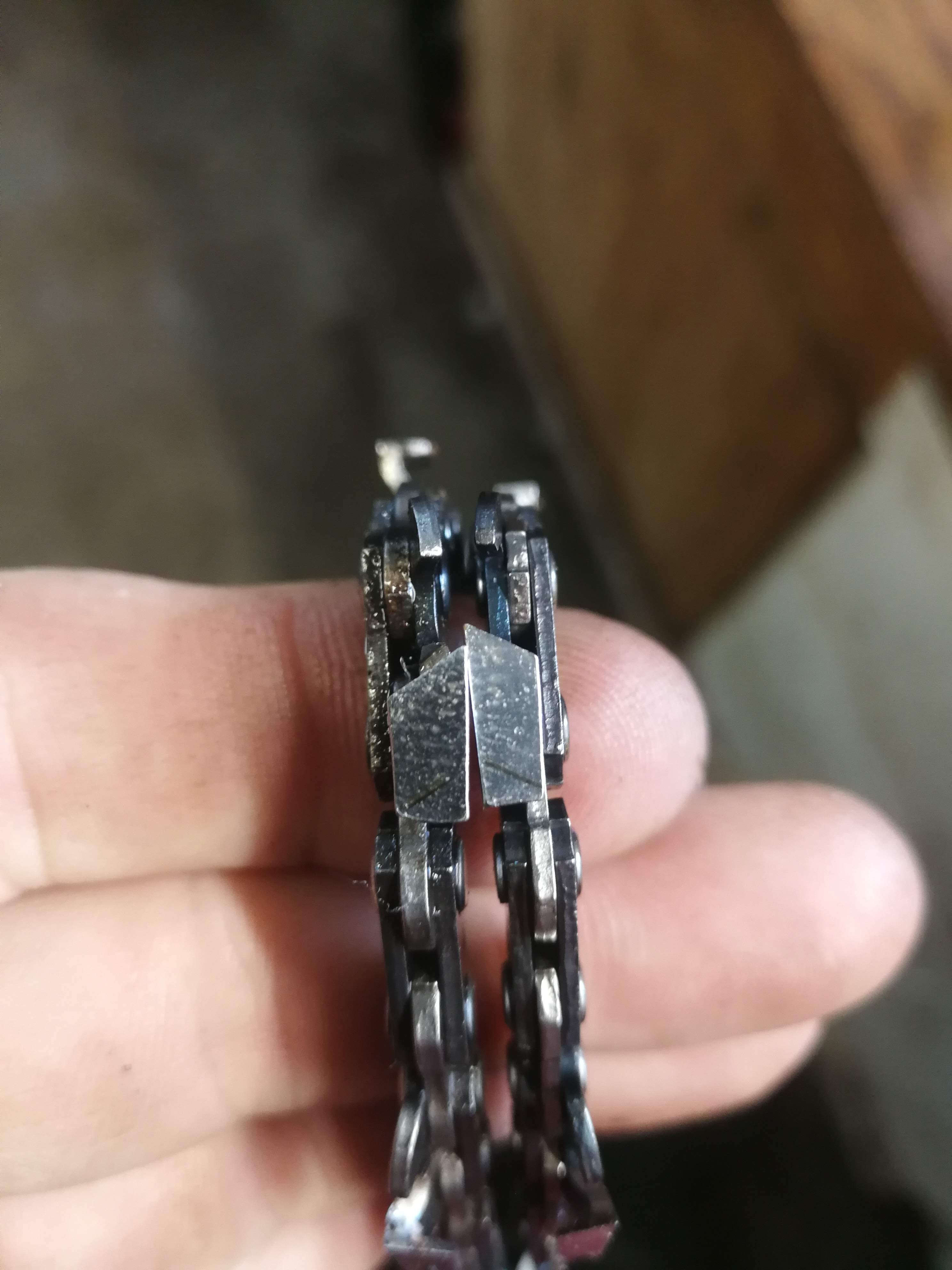 I sold one three years ago to a tree service company's owner. He liked it so much that he bought a 51 from me last spring. I'll be honest with all of you. I wish I had not sold either one, even though I made a small profit from the sale. These saws are built to perform and last.
computeruser

I’d take a 13” bar on this saw. In the bush where I’m using it now the 16” has been fine. Used it for a couple hours today and I’m real happy with it. Usually I clean and rebuild the carbs on saws this old but it’s run so well I don’t see the need. I do have a spare off burnt 246 that I rebuilt (I thought I pulled the muffler on that saw before I rebuilt its carb). As of now that’s the only Husqvarna saw I have. Had lots in the past.
82F100SWB

I have one of these on its way over from Sweden: 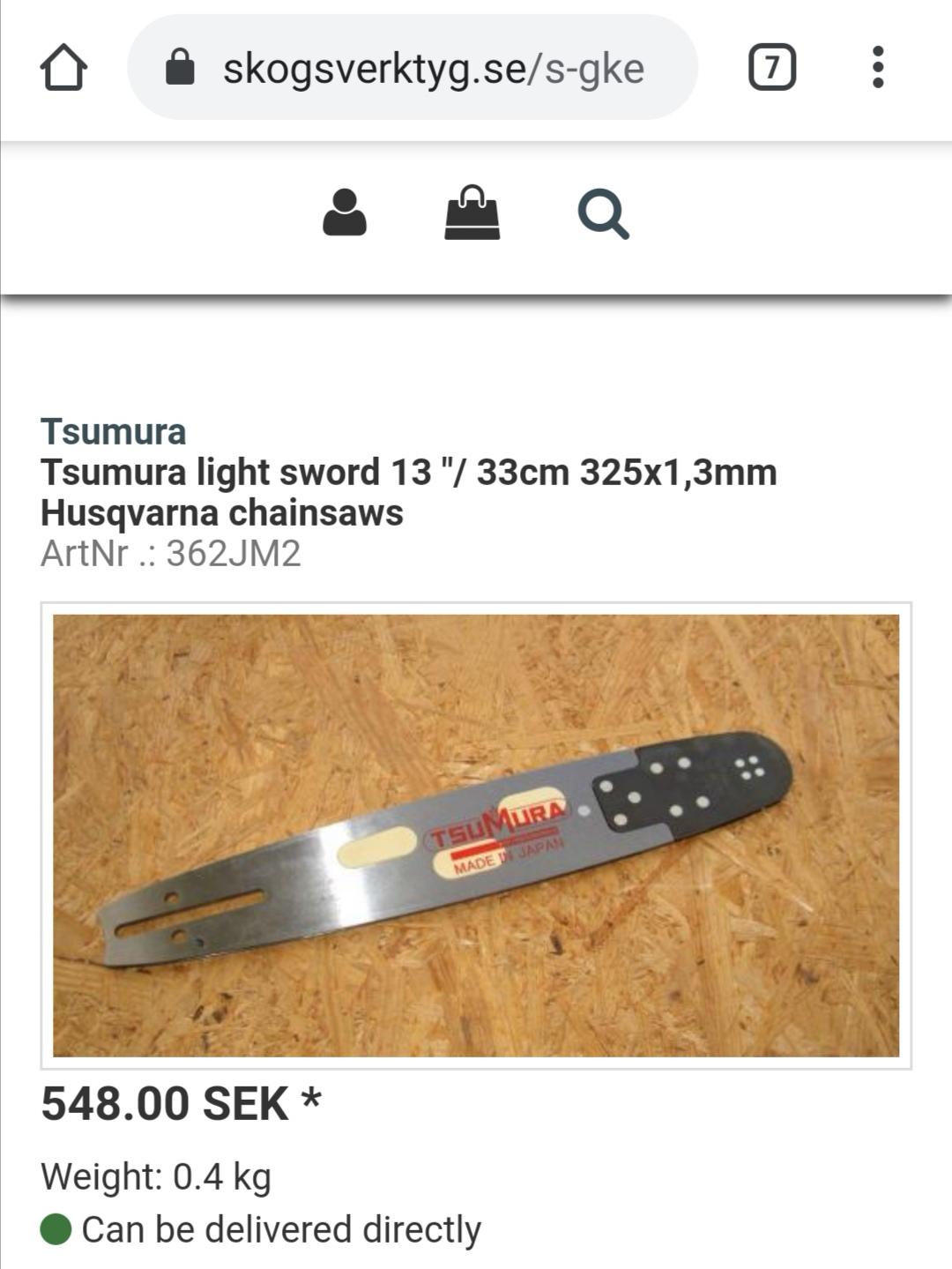 82F100SWB said:
I have one of these on its way over from Sweden:

I know I have a saw problem, but it really wasn't that bad, $93 Cad shipped.
computeruser