Welcome, and you should have great fun. The info in this thread is way out of date. You will be looking at things that have been corrected.

ssm1699 said:
Well after reading all the pages, I ordered the kit on 8/6. It is currently in NY being processed by Customs. We will see how it goes when it finally gets here. I have wanted one, but never needed one. Well I needed a saw that is more than my MS390. The 390 pulled the 25" B&C Full Skip that I put on it, but complained a little. I know that I will have some more fairly big stuff to drop, coming up. So this will fit the bill for me.
Click to expand...

Yeah it is a fairly easy build, most of the issues raised here had been solved on my kit, I would like to say mine is near stock but it seems to keep having genuine bits swapped in.

Not an issue but as I built this for milling, I have also fitted the hiflow oil pump.

I would advise getting a genuine decomp to start with, as this could ruin your day, if it drops in to the cylinder
ssm1699
S

Sounds good. I haven't ordered anything other than the kit as I wanted to see what was missing. How have the aftermarket carbs been on these? Are they still hit or miss for reliability and idling?

I do also realize that this post is kind of out dated, but I wanted to see the evolution of these kits in order to see almost anything and everything that people have been finding with them. I love figuring things out and troubleshooting things.
snake_2586

I'm running the kits own carb with no issues, only thing I have changed are what I listed earlier.
my kit was missing the bracket that clamps the carb in place and the air filter mounts to, but they sent it on after an email saying it was missing.

I made a request on here asking for an IPL and workshop Manuel in the requests section, that pointed me in the right direction with some of the set up.
X 66 Stang347 X

snake_2586 said:
I'm running the kits own carb with no issues, only thing I have changed are what I listed earlier.
my kit was missing the bracket that clamps the carb in place and the air filter mounts to, but they sent it on after an email saying it was missing.

I made a request on here asking for an IPL and workshop Manuel in the requests section, that pointed me in the right direction with some of the set up.
Click to expand...

The request section is helpful, we also can help with info too.
snake_2586

Bedford T said:
The request section is helpful, we also can help with info too.
Click to expand...

That is what I was trying to say, if it did not read that way.
When I built mine, I made the request for the books in the request section.

That is one of the great things about this forum, you make a request and some one will jump in and help
67L36Driver

Tune and brake in underway. 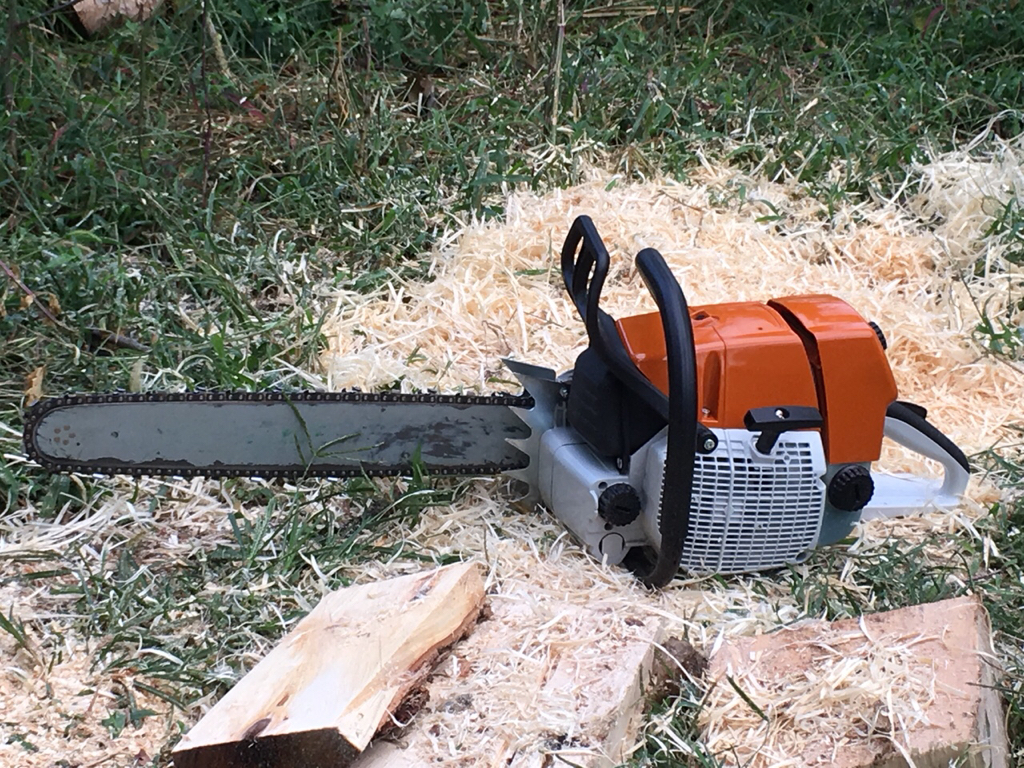 First time Huztl 660 builder here looking for help. I completed my build this morning and tried to get her started. Got nothing, it won't even pop with the choke on. Pulled the air filter and she is getting fuel. Pulled plug and have good spark. Pulled flywheel and woodruff key is good. Gapped the ignition coil and flywheel per the service manual specs. The kit carb is adjusted 1 full turn out from seated each for HI and LO. It passed pressure and vac tests during the build. I even tried starting it in fast idle mode (which I don't have, had to use zip tie to hold throttle open. Looks like OEM trigger assembly in my future.) Pulled so many times in fast idle flooded her out to the point fuel was leaking out of the muffler. Any ideas?
X 66 Stang347 X

Sounds like you’ve checked over everything pretty good.
On one of mine the inlet needle in the carb wouldn’t seal and would flood the saw just sitting there.
Since you have a pressure tester put it on the carb and see if it’ll hold.
You’ll definitely need to dry the saw out since it’s flooded and dripping out the muffler. A Stihl will flood even one pull to many on choke.
So it’s not that hard to flood anyway.
ssm1699
S

Well, my progress is slow. Just got the new crank seals on nd to the proper depth. The first set of new seals, destroyed the flywheel side and set the clutch to deep. It ws so deep that i couldn't turn the crank without the clutch or flywheel on. I am going to use the metal base gasket that came with my Hyway gasket set. It is .0195" and the kit base gasket averages .021". I m hoping to get the piston and cylinder on tonight. The slow part has been waiting on gaskets and seals. I did clearance the ring ends and have them at .007". Everything is going slow, but when you have to work on it in the evenings snd work on a pos mountaineer that is your wifes daily, it is a slow process. Hoping I can get things in high gear now. The wifes vehicle is on the back burner with the rain we are getting right now. Have already gotten over 2" in 24hrs. That is almost more than we have gotten all summer.

Once you get the bottom end right it’ll slam together quick after that.
What’s up with the mountaineer? 4.0 or 4.6
ssm1699
S

4.0. Where do I start with what I have done to it in the 4yrs that we have owned it. I have put 4 thermostat housings in, a radiator and the replacement has started to leak. Have replaced front wheel bearing assemblies twice per side. Front drive shaft when I did a diff housing bearing for the front driver side cv shaft. Alternator and battery. Front brakes. Harmonic balancer and the original failed on the day before christmas eve day. Front blower motor just went out. Two full sets of tires, since it is all wheel drive and you can't just replace 2 tires. The newest issue we hve is we are getting a wrench in the information center and the traction control light is going on and off. My scan tools can't pull those codes, so got it checked and the front left speed sensor has a fault. This pos has left us stranded, at the minimum, 4 different times. This is my first and last ford I will own. We have only put 55k miles on it, in the 4yrs we have owned it. It has 159k miles on it and is the biggest pos I have ever owned. I have had less troubles and worked on the gm products that i have owned, less thn this thing. And have put more miles on them. Definitely hate this vehicle and want to blow it up. It is also the biggest gas guzzler. It gets worse mileage than my parents 03 envoy with the 4.2 straight 6. The envoy is the xl, so it is heavier than our mountaineer.

Also forgot, had to do all the ball joints in the front as well.

Damn dude that’s terrible. I have one thats a 08’ 4.0 2x4 as a second vehicle bought new.
In the 10 yrs and 155k I’ve had it I’ve done one thermo housing replaced with a gates.
Front wheel bearings replaced with timken. One radiator and bypassed the trans cooler in radiator and added another external cooler.
I change the trans fluid every 30k and rear end 60k.

X 66 Stang347 X said:
Damn dude that’s terrible. I have one thats a 08’ 4.0 2x4 as a second vehicle bought new.
In the 10 yrs and 155k I’ve had it I’ve done one thermo housing replaced with a gates.
Front wheel bearings replaced with timken. One radiator and bypassed the trans cooler in radiator and added another external cooler.
I change the trans fluid every 30k and rear end 60k.

Yah, this is an 06. The "diff housing bearing" that I pulled, had about .060" of play around the cv shaft and was a hard plastic. Not even an actual bearing. We are looking at envoys and the wife likes the acadia. I personally would rather put her in a tahoe or yukon, but those are to big for her liking. If I really could have my way, she would be in a square body suburban. But got told hell no to that. Lol. One can wish.

I have the wife's Mountaineer fixed, hopefully. I replaced the ABS sensor and cleared the codes. No lights have come on and it hasn't done it's thing where it acts like it is binding. We are seriously looking at getting something different for her. We are really tired of the troubles this thing has been giving us. I already have the 3/4 ton truck. I just need to work on it and get it back into shape. But it is a work in progress since it is a square body chevy. My daily is a 96 s10 2wd with a 4 cylinder and a 5 speed. Love driving it.
You must log in or register to reply here.
Share:
Facebook Twitter Reddit Pinterest Tumblr WhatsApp Email Link