Next weekend already.
Two years ago I went and spent half a day. Not near long enough.
alleyyooper

Cambridge, Ohio
Southeast Ohio
Not sure of the spelling.
It's a six hour drive for me.
Well worth the trip.

Think i will just go to a local car show. Those sort of things with every body and 4 of there brothes with booths to sell you stuff never appealed to me.

It is an outdoor event at a large county fairgrounds.
Vendors from very small, to very large are there.
Eastonmade, Timberwolf, etc. and LogRite, all the chainsaw brands, and firewood processors from small manual to the biggest and baddest. You want a side by side comparison of name brand equipment, this is the place.
Bandsaw mills of all sizes and makes.
Skidders, tree harvesters, chippers that self load and eat whole trees.
Cat, Bobcat. Peterbuild, KW, and Western Star.
There are chainsaw demonstrations and various shows and educational venues.
I did see a small indoor section for technical and computer aided companies.
Anything forestry related, is there.
You can Google it...
svk

Sounds like a great time, would definitely go if I was closer.
svk

alleyyooper said:
Those sort of things with every body and 4 of there brothes with booths to sell you stuff never appealed to me.
Click to expand...

Jeez Al, you sure are a killjoy lately.
Sandhill Crane

had hoped to go this year. Not looking good for me again. Love to see it.
svk

WHAT DID YOU SAY? SPEAK UP!!
alleyyooper

Nope just like car shows better. Many in fact my wife complains they don't even have food service trucks. If she has to make a couple sandwiches to take to a show she doesn't want to go the next year.

Large out door show near us displays from Chain saws to compact tractors, canoes to pontoon boats and hunting dog puppies even.
A single week end event, people rudely pushing and shoveing you because they want where you are.

No thank you. if that is being a killjoy color me a bright YES color. 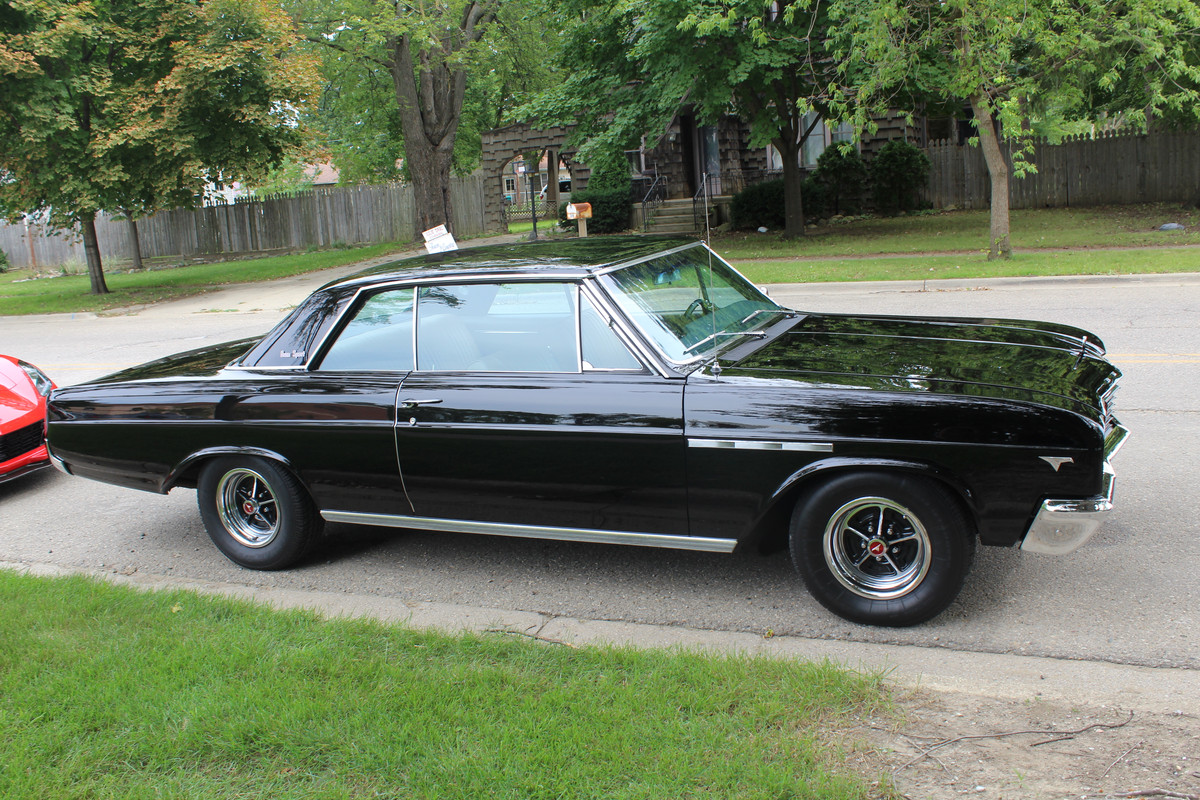 Discuss the beautiful Emerald Ash Bore killed log made into lumber for his truck bed. 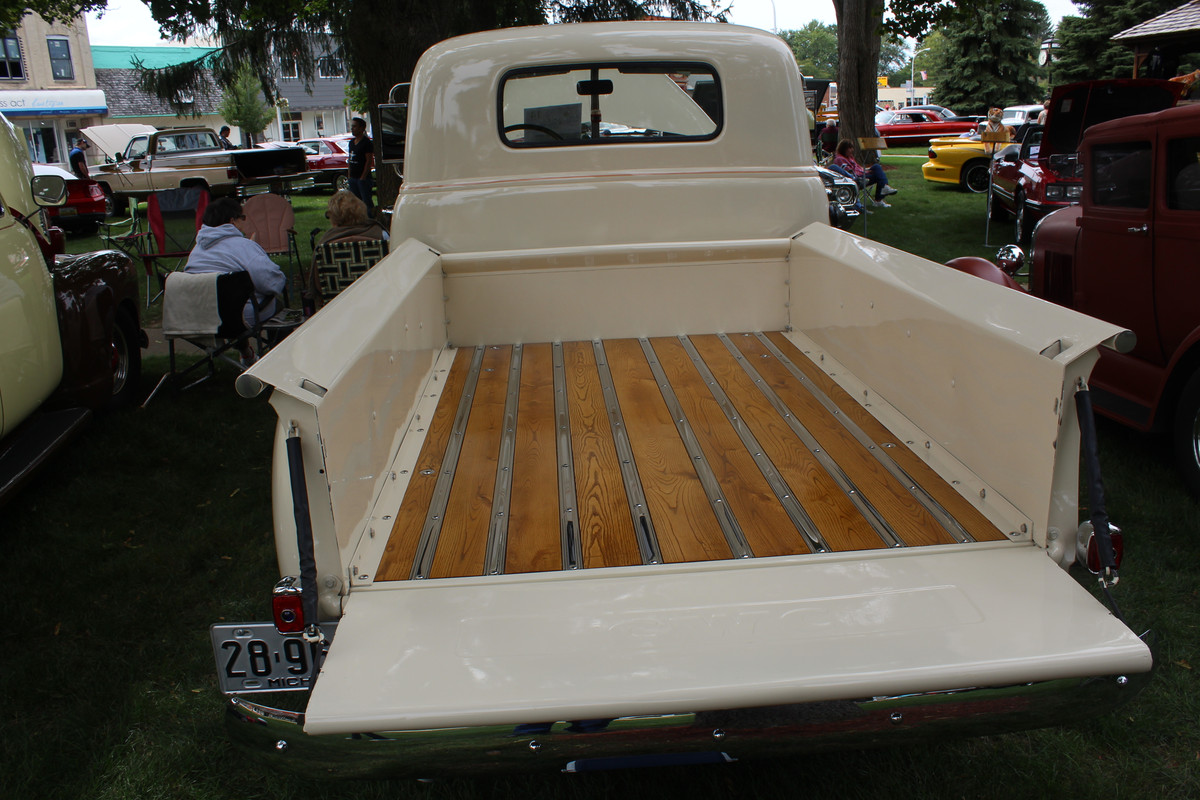 alleyyooper said:
Think i will just go to a local car show. Those sort of things with every body and 4 of there brothes with booths to sell you stuff never appealed to me.

It's a great show, well worth your time to go there...

thanks for the advice Rob, but no thanks. Same reason don't do the Del Shannon show.

Looks like fun!
Where was the car show?
alleyyooper

The Del Shannon car show is in Coopersville Mi. Was August 9th and 10th this year. So big they give out 600 dash plaques. I have been told between 1000 and 1500 car/trucks & rat rods show up.

We are doing the Pumpkin fest car show in Caro Mi Saturday. if the weather is dry about 80 to 100 cars/trucks and rat rods will show up.

How does anyone that actually works in this industry with this equiptment find time to go to this? Really mind boggling
Deleted member 149229
D

My favorite thing at the Paul Bunyan Festival is the home made black walnut ice cream. Oh yeah, saws and related stuff too.
Sawyer Rob

Did you get any of that home made blck wall nut ice cream?

I am still scratching my head over how you get real home made ice cream at a loggers expo.

seems to me Home made would entail a HOUSE and a freezer with a container full of cream and wall nut meats in a bucket surrounded with ice and either some one cranking it or a electric motor turning it.

I am picking up wall nuts here Now and drying them. I just had Black wall nut ice cream last evening . It came from a carton bought at Krogers and is the store brand.

Sawyer Rob said:
It was a good show, I was there two days...
Click to expand...

We pulled an rv trailer in after dark on Thursday. Friday was gorgeous. Left late on another gorgeous Saturday morning. Every parking area (several fields) was full by then.
Eastonmade had the whole line up and then some. A guy asked Andrew, "Which one of these can I take home?" There is twelve or fourteen orange and blue splitters lined up on both sides of a corner booth. "None!" he says, in his thick Canadian accent, "They're all sold." He went on to say there is a wait till mid to late November. He also demo split some pretty nasty pieces with the box wedge.
Saws were on sale for 'show specials'. Very tempting pricing! Almost came home with one...or two. It's hard to decide sometimes between this one or that one.
Also talked with Mike and his son at Northeast Equipment from Spencer, NY. I bought my Posch PackFix from them three years ago sight unseen, via emails and phone calls. They had to order it. He has five coming and five sold.
The reason for going to the show was to compare processors. Almost all the brand names were there.
I came away surprised by one I never even had on my radar.
I looked at small to medium size machines. I also looked at the split piles each produced, most of which I could not sell without re-splitting. So I looked at Eastonmade's box splitter again as a lower cost option. And Timberwolf's new one too.
Next to Northeast Equipment booth, or rather kiddy corner back to back, was a Japa 435 with a similar box splitter to Eastonmade. Its shallow V box takes splits off the bottom of a round, then pulls the round back, and continues on auto cycle via electronic eye, until the round is processed. Those splits I could sell to customers who want to pick up four or five pieces and easily bring them in the house in a wood carrier. It also was set up with a vac/blower to bag/collect chips from the bar/chain, and a separate discharge conveyor for a fines separator built into the machine below/behind the splitting trough. The outfeed conveyor has hydraulic side to side swing as well. Very clean all around. Really, really nice if your processing in one spot, where clean up is a daily, ongoing issue. This unit was a mobil one. The raised operator platform was large and very nice, with good visibility and splitter chamber access. The mechanical/electrical access doors are large, and clean layout within. The engine, a fifty horse Kubota, was enclosed unlike some other processors with an engine cover lid and exposed components beneath.
My take is the processors here are big and bad, and get bigger and badder... more splits, more wings, more steel, more horse power. The european machines do that also, but there are some builders addressing the re-split issue at the processor, and the chip/debris build up as well. Two of which are Posch and Japa, and do it in a way that does not require bigger... everything, including deeper pockets for fuel costs per hour.
Enjoyed the show. Met lots of good folks all around.
Next time I'll have to try the Black Walnut ice cream. Sounds yummy.
Afterwards we went to Mammoth Caves in Kentucky, and for a second time ,Turkey Run State Park in Indiana. (Ran over lots of black walnuts on the ground in the camping areas.) Both spots are a must see to put on your list of places to go as well!
You must log in or register to reply here.
Share:
Facebook Twitter Reddit Pinterest Tumblr WhatsApp Email Link