2412 said:
To me drop kick means that you drop something, and then kick it.
Click to expand...

Yep that's usually what a drop kick is.
farmer steve I think a lot of the problems going n in the middle east could be solved if they just ate bacon.
Biigg50 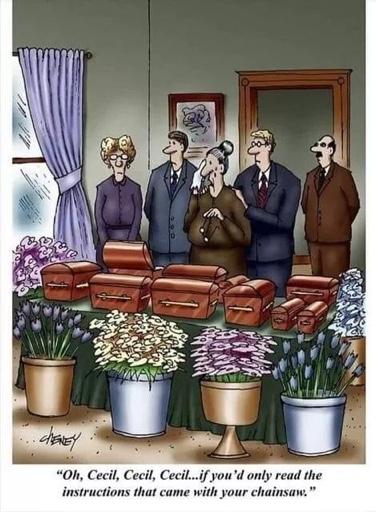 And here I thought...
stihlaficionado

So. Tell me you would not play with them!!!!
stihlaficionado

I saw a video of that thing years ago. Put out a car fire with something like 2oz. of water. I think they said it was developed for car fires in tunnels where it would be hard to bring equipment.
GrizG

Probably Halon... They used to sell Christmas tree balls with Halon that would burst if the tree caught fire. A fire fighter associate of mine suggested keeping them handy so they could be thrown at the base of a fire in the kitchen or utility room... you didn't have to get close to the fire that way.
WRW
W

Don’t know why this came to mind...
pdqdl

I tried, but could not find this location. Most sites claim this as "Decommissioned rusting ship in Soviet harbour, Khabarovsk, Russia" That's right up at the tip-top of China, but considerably inland. At least in theory, somewhere near HERE.

From another thread of guys trying to figure it out:
However, the engine on the right looks like a V diesel engine, with three or four cylinders clearly visible. That rules out older cruisers, and to me the ship seems to short-and-squat to be a cruiser (L/B of ~5.5 when cruisers were generally >10 for better hull speed). In addition, older cruisers tended to have many boilers (which also increased the length), so only two boiler foundations would be very inconsistent with such ships. Cruisers are also typically very well documented, so were this a cruiser it would be readily identified: there would be a few mentions of such a ship crumbling away, just as you'll find references to two US flush deck destroyer wrecks near San Francisco (which I found were Thompson and Corry with a single Google).

I don't know what the "boiler" foundations are, but if that's a diesel engine then they aren't boiler foundations. They could be additional diesel engine foundations, some ships had more diesels than shafts, or foundations for the diesel generators, which were commonly separate on such ships.

I suspect a small 1940s or 1950s coastal combatant, one built in large numbers known only by a prefix and number (which occasionally changed) and not well documented in English sources. While the L/B ratio and engines probably rule it out (three diesels, two diesel generators, L/B of ~8), I found some problems in researching the Project 122bis class, with some contradictions in the fates of certain ships, though it's been so long I need to brush up on the details. I do remember trying to go through Russian veteran forums to find a mention of "when I served, these were the ships in our flotilla" and something the border guard ships being the ones with the main problems. If we're looking at BO-XYZ or MPK-ABC, then it could easily be forgotten.


While searching for data on that pic, I found this one: Howard Hughes at the helm, I believe.
GrizG

Was that you after seeing her?
pdqdl

2412 said:
This may well be why I don’t enjoy sports. Illogical language. To me drop kick means that you drop something, and then kick it.

I don’t see anything droppy an the act of forcing someone off of their feet by overcoming their static balance with kinetic energy.
Click to expand...

WRW said:
You sacrifice footing for a two footed kick, hence you drop.
Click to expand...

2412 said:
To me that can only be a run jump kick drop, or maybe a jump kick drop. In either case I think the word drop is unnecessary. Kind of like saying “kick then put your foot back down.”
Click to expand...

Syncop8r said:
Yep that's usually what a drop kick is.
Click to expand...

I agree; that term used in several team sports means exactly that. But to the pro-wrestling world that the expression came from, it means that your opponent drops after you deliver this kick. Look closer at the advert for the guy that originated the move.
You must log in or register to reply here.
Share:
Facebook Twitter Reddit Pinterest Tumblr WhatsApp Email Share Link