Thanks all, glad y’all are enjoying them.

There’s some more things left for me to show, and have already received word of the 2020 photo special coming at the end of this year, so hopefully some good things to come too.
Husky Man

That is indeed Sad News, I have a hard time swallowing the “Many Years oh Hard Operation” story. In Railroad terms, the 3985 has seen very light duty since her rebuild, both in terms of how she was run , and the frequency in which she was used.

The 3985 was Steve Lee’s “Baby” and was very much Pampered after her rebuild. Steve Lee could teach Ed Prickens more than he already knows. If the 3985 saw abusive use or lack of proper maintenance, it was onEd’s watch, not Steve’s

This very scenario was predicted by many, soon after Steve Lee’s Retirement, and the naming of his replacement, and by many in the Steam Preservation and Operating Community, not just rail fans.

Jack Wheelihan, who has been involved with the UP Steam program, and the 4449 program, as well as a lifelong career in the Rail industry, had some very strong opinions on the subject, and he was someone speaking with knowledge of the subject

Rich Melvin, from the Fort Wayne, 765 group, pretty much Echoed everything thing Jack had to say.

I haven’t followed the Steam Community very closely the last several years, but what I was reading was very discouraging in regards to the UP Steam Program under Ed Di/Prickens

Yea, I didn’t even like the email wording, just so dismissive and matter of fact.

naturelover said:
Yea, I didn’t even like the email wording, just so dismissive and matter of fact.

As Amazing as a Triple Header of Three of ALCO’s Finest would be, unfortunately it wouldn’t be very likely

That has been discussed, it was expected that even with the 3 locomotives, one would likely been down for service, whether a 15/1472, or other maintenance work, UP just doesn’t have the shops or personnel they had in Steams heyday
The issue of crews to man all three at once comes up too, it would take outside help, something that UP hasn’t expressed an interest in, in the Past

Yea, had read that too somewhere, but the UP steam email was so touting the success of the 4014 restoration and inaugural outing, how it had drawn in over 1 million visitors to see it and such.

Even if it was just for a few photo specials per year or something, I’d think it could be a big attraction.

Three of the largest and most legendary steam locomotives to exist in a triple header run would be a once in a lifetime experience.

I’d have loved to get to see it this year, but do plan at some point traveling the hundreds of miles to experience the 4014 and 844 in action. 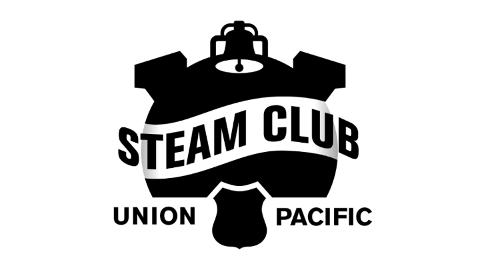 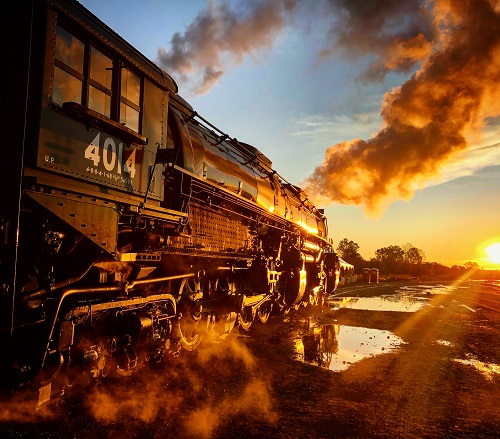 We'd like to thank all of you for helping us celebrate the 150th anniversary of the transcontinental railroad in 2019. More than 1 million people visited the Big Boy No. 4014 as it traveled on its unforgettable tour across the Union Pacific system.

The celebration began with the christening of No. 4014 in Cheyenne, Wyoming, May 4, followed by the historic double-header excursion where Big Boy was joined with the Living Legend No. 844 as they traveled to Ogden to commemorate the 150th anniversary of the driving of the Golden Spike at ceremonies held May 9.

No doubt thousands of photos and videos were taken at tour stops and locations along the way, many of which you shared on the UP Steam Club Facebook group – thank you! In fact, fans posted more than 55,000 photos, videos and stories, helping us record this very special moment in history.

We're proud of everyone who helped make the 2019 steam season a success, and we're thankful that you helped us keep safety at the forefront during these celebrations. We couldn't have done it without you.

Hopefully this state will embrace that though. I had started following the Cass news in 2017, a couple years after operations were taken from the state and handed to a private company (though the state owns the equipment and line and such).

There were some warranted concerns, some hard feelings about how the climax above was handled in the transition, and some distrust of the new company, but they have restored the track that the state wouldn’t undertake, finished restoration of that climax, and are undertaking restoration of other engines and Cass equipment, and seem interested in expanding operations.

There is even some hope of restoration of the other climax that was under the tarp in a previous picture, so maybe I’ll get to see a climax doubleheader after all.

Is on a much smaller scale of course than UP operations, but hopefully they can make it work.
naturelover

Both of these and the line were completed between 1929 and 1931, taking around 3 years to construct.

This tunnel was shut down by the National Park Service to traffic due to concerns of collapse in 2011, the year after these were taken.

The tunnel is still open however, as someone moved the barricades, but is risky to traverse.

A few more of the inside.

Can see why it's been condemned. This tunnel unfortunately may not survive much longer, and there's probably not much of a chance of it being repaired.

Standing above the tunnel entrance.

This tunnel was completed in 1930, as seen by the engraving above the tunnel entrance in pic 2.

This one is still open however, and leads to a trestle that was also completed in the 29-31 time frame,

The RZR sounded pretty good echoing through the tunnel....

A shot of the trestle immediately after exiting tunnel.

Looking back at tunnel.

Same perspective, taken in 2019, 8 years later than the above. Sadly the walkway is need of some repairs.

Overlooking river from the bridge.

A couple more tunnel shots, then back to the trains, lol.

This is a smaller tunnel on the same line. The work put into this line at the time was something for sure. There is another somewhat larger tunnel similar to this that I need to shoot this year if I remember, I don't see that I have a pic of it.

The stunning view from the stream up to the tunnel.

So what the Helll NL, you have a split personality or somethin

You handle a Camera very well, and here you’re an interesting, even Enjoyable member to shoot the Schitt with, then over on Pol/Rel, you let your Evil Twin/Alter Ego out for some Exercise???

And no use letting political differences get in the way of a great discussion of unrelated shared interests!

Was looking through some more of the pictures and came across these.

A better shot of the Buffalo Creek and Gauley #4, hopefully waiting for restoration.

Shay #5 at the water tower with #4 sneaking in its headlight and plate number through the tower supports.

Shays 2, 4, & 5 with the depot and Cass Country Store in the background.

Doubleheader Shays under load, quite a view and an even better sound.

This is indeed a very rare locomotive, there are 7 known survivors, and this one may be the only operating example. Built in 1948, this is a sister to the WM-81 that is currently residing at the B&O railroad museum.