Where's WYK been, and what trouble is he making?

I feel so disillusioned.

wendell said:
I feel so disillusioned.

Ok sounds good man. 46 yrs away and I am home now.
Just about took a job in Ireland about 8 months back. Beautiful whether in the south UK. Flowers have been out for 10 days now. If you hear anything good let me known sir. Steady "cash in hand"?

I would say theres far more work in forestry and loggin stateside really. Not much goin on here except some slim pickings. One of the reasons I only work part time in Waterford is the pay is terrible(though I did also get room and board on an awesome estate), my wife lives in a different county, and I have a part time job up here that pays better(not well, just better). I do see myself retiring on the estate tho.
https://pbase.com/wyk/gurteen_de_la_poer

I have a cute little Echo CS390ESX, a rebadged Shindaiwa CS390SX, really. One of the main points folks like Mitch Weba had with it's bigger brother, the 500 and 501 and 490's is the air flow. So I cut up the screen in the carb and poked holes in the lid so it can get air. Then added another hole in da muffleurrrz. 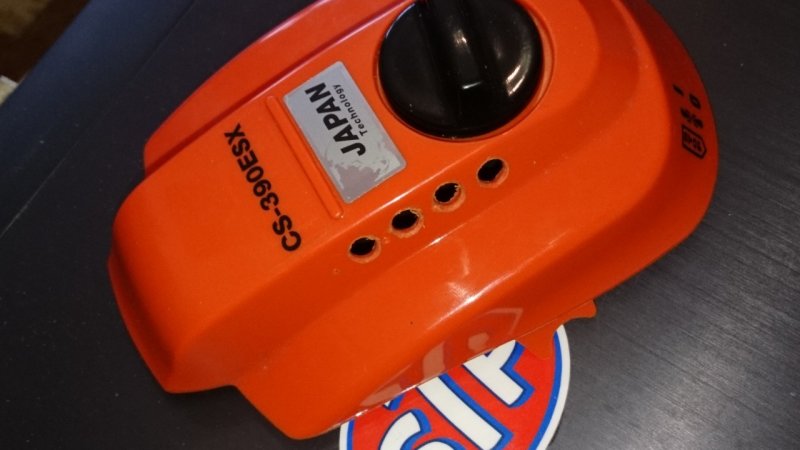 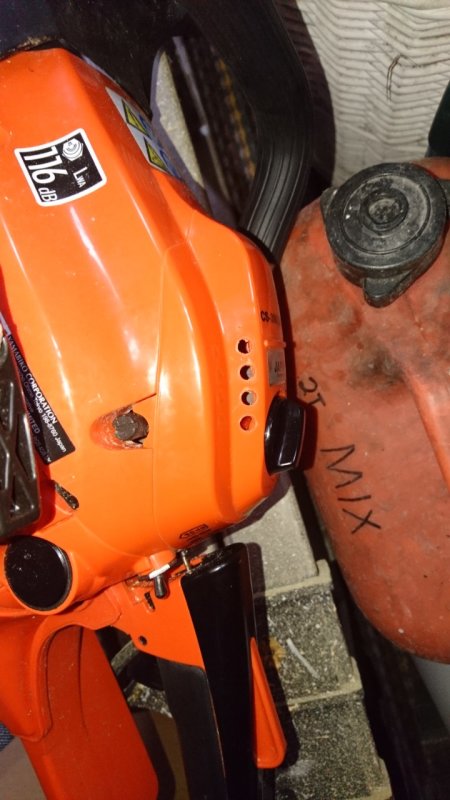 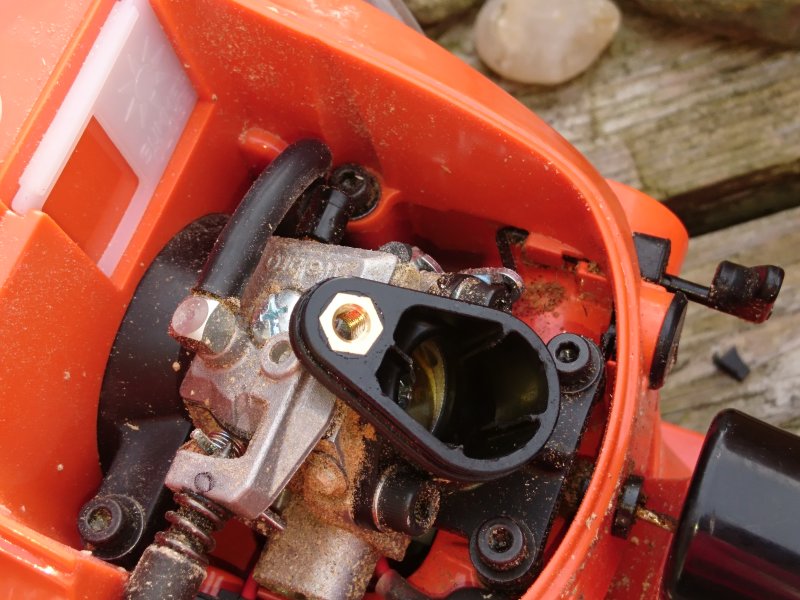 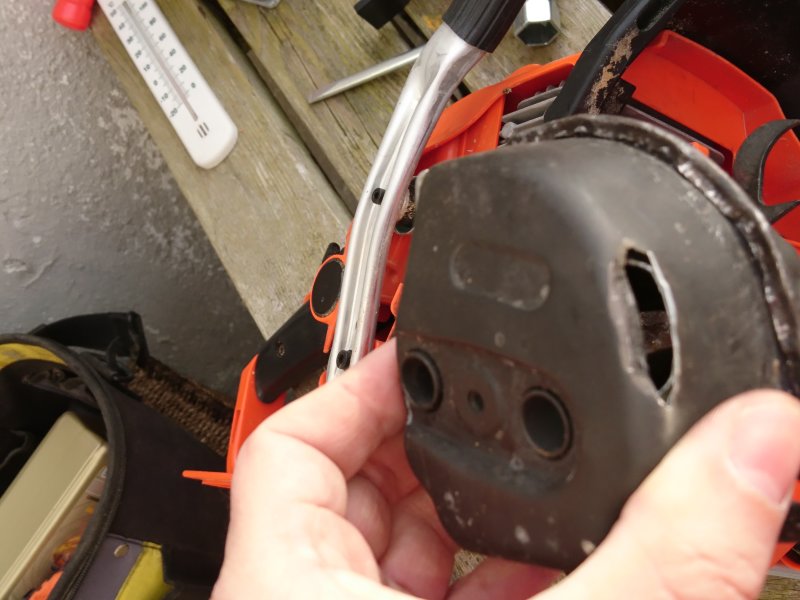 And then theres these pics I been taking:

reindeer said:
I would say theres far more work in forestry and loggin stateside really. Not much goin on here except some slim pickings. One of the reasons I only work part time in Waterford is the pay is terrible(though I did also get room and board on an awesome estate), my wife lives in a different county, and I have a part time job up here that pays better(not well, just better). I do see myself retiring on the estate tho.
https://pbase.com/wyk/gurteen_de_la_poer
Click to expand...

Yeah, just putting my feelers out.
I checked around in a few countries. I originally wanted to establish outside the UK before we leave the EU to keep the door open for me. Money is just not there. Just going back into Domestic Plumbing & heating (for myself eventually) I did seasonal/part time from the same year I started cutting in '89. Haven't hardly done any in 20 yrs.

Its pretty fast to get an NVQ level 2 over hear. May have to jump a few jobs to check all 'your' boxes off then get certified on site.

It opens the door to become a gas or heating engineer too.

Canada is 4 yrs plus I would have needed prerequisites like grade 12 algebra for one.

Until I get another trade behind me then I wouldn't be interested in tree work. Then It would have to be for myself (maybe partner) I hear there is a lot of 'Gypsies' going door to door trying to get all the tree work up north. They are making good money I hear. Probably no certifications. Half of it is probably working of laders? There is a yard up the road and I believe its white cedar (northern ceder) from around the great lakes and through Atlantic Canada. (That was not what you were calling Nootka Cedar was it? (Yellow ceder) Named from Nootka sound Vancouver Island (Nootka Island)? Never seen them before in my adult life. People seem to use them for privacy shrubs they are not that type that you can let grow tall and they thicken. You would have to start prunning the branches when they are young. They are probably not buying what the think they are buying? Then you get 'Cowboys' Like working at the house up the road and other places also..they pruned the branches as they were hardwoods?
Like they are going to fills in? WTF.

They have another one in the yard that doesn't have one live limb left on it? "COWBOYS"! Hard to get good service in this country.

I guy can get into the game pretty easy around here. The little mobile lifts are the way to go. Bucket trucks are limited and don't have that reach.
Mostly 'skips' (containers) are used instead of chippers. Unless you are a big company that have big contracts with Councils. You could do a lot of work without climbing at tree.


Did you here about that tree company up in Shetfield Some of the Councils have been handing out 25+ yrs contracts. I believe they said on the news that this contracts holds to 2053

They plant in a little tree in place and have no maintenance.

That was criminal. A lot of protesters. The Council said they learned, but...

I can not believe they didn't have a 'breach of trust or a gross negligents clause in there. Second opinions?

I'm a lisenced Danger tree assesser from West CA in all three mouduals (that is recognised)
and if they wanted to stop them then I would have helped and challenged them on their behalf. I think the Council lacked Education on the matter.

Oh yeah! On what grounds?
I don't see and evidence of root testing or obvious root mat lift.
I don't see any increment bore holes? maybe I'm missing something?
Where are you increments samples
where is the evidence of broken tops. What are you tending from?
Rookie stuff... But the insult to injury is they blocked it down and made no
lumber.

My be the worst thing I have ever heard of in regards to cutting trees.

* Think it's my bower that needs updating so will have to see you pics and vid at a later time.

Witness the power of this fully operational Sony thingy:

That sony vid is effed up. This is a better vid anyways:
Am currently back on the waterford estate, cutting shid up!

Stock 044 showing you why people love it!
OK, it has a timing advance and DP, but otherwise one stock.

Here's a few pics I've taken of the area: 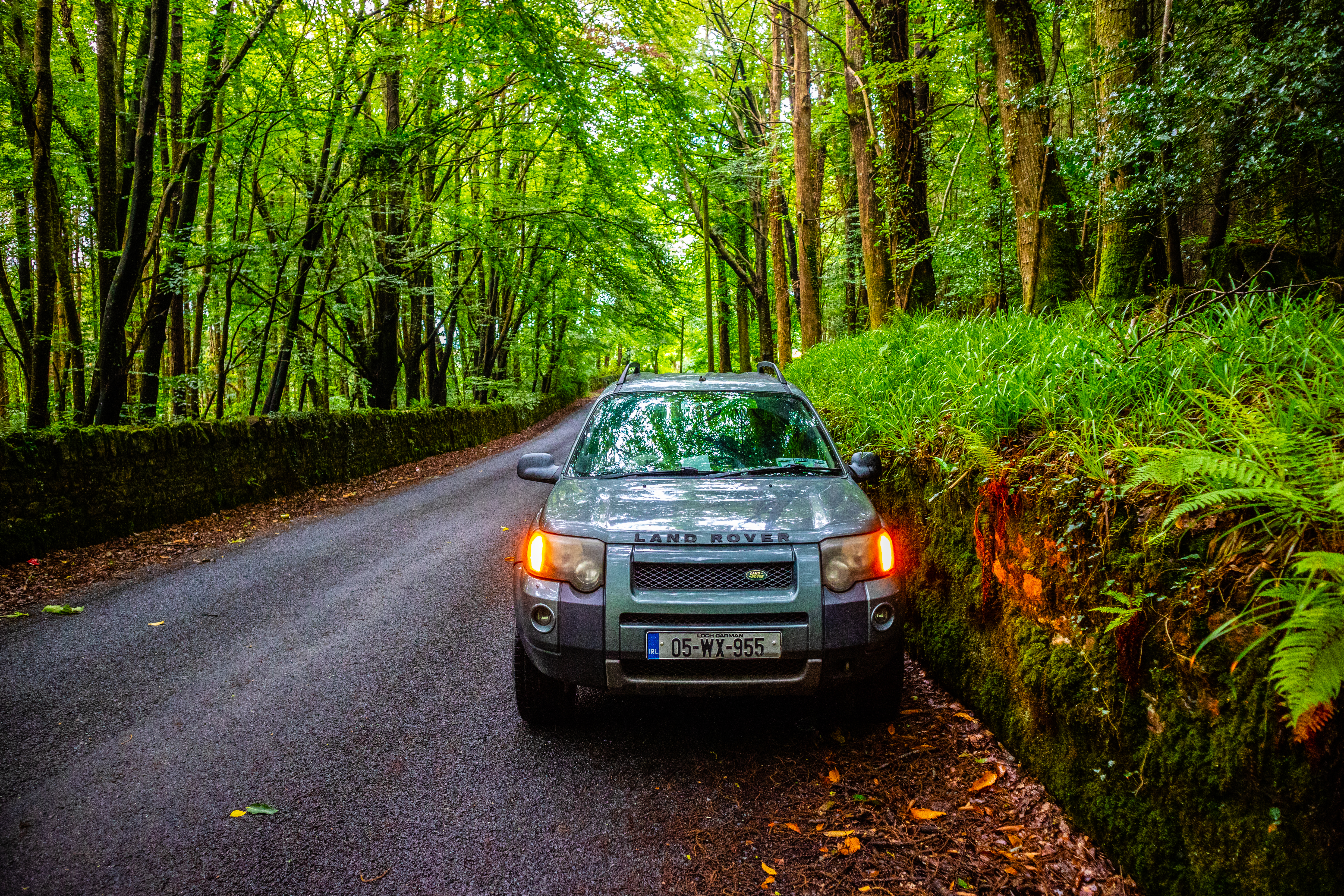 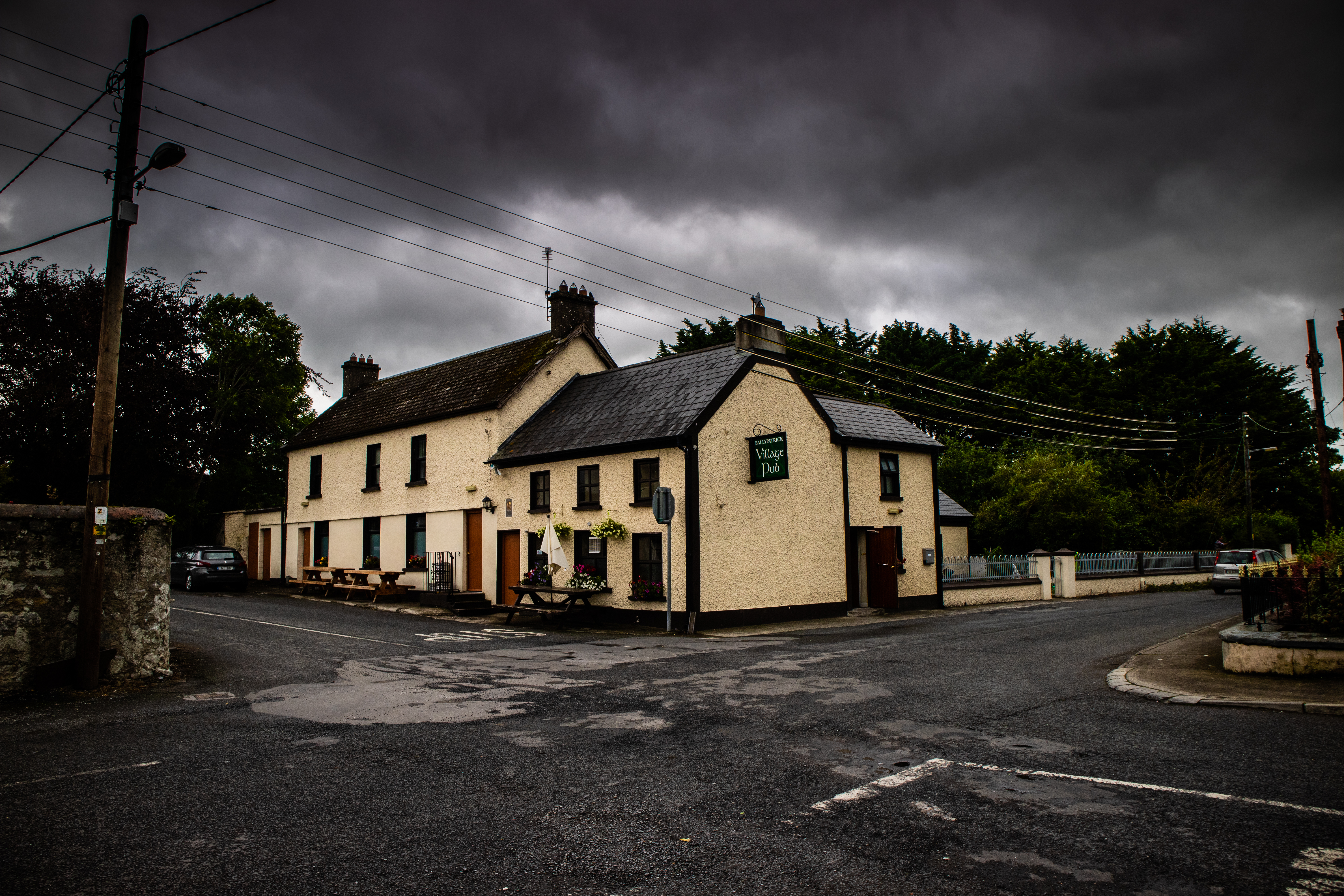 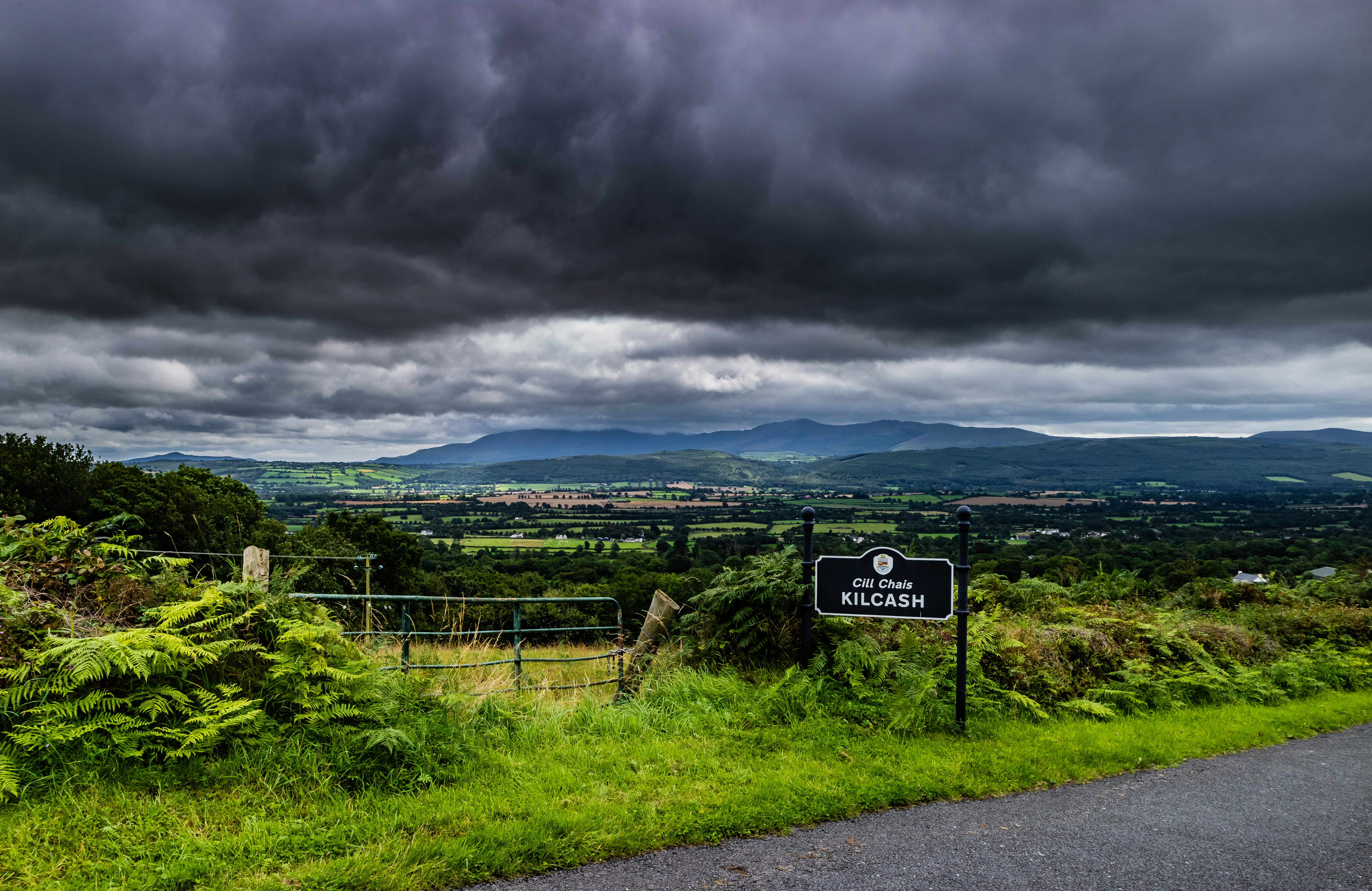 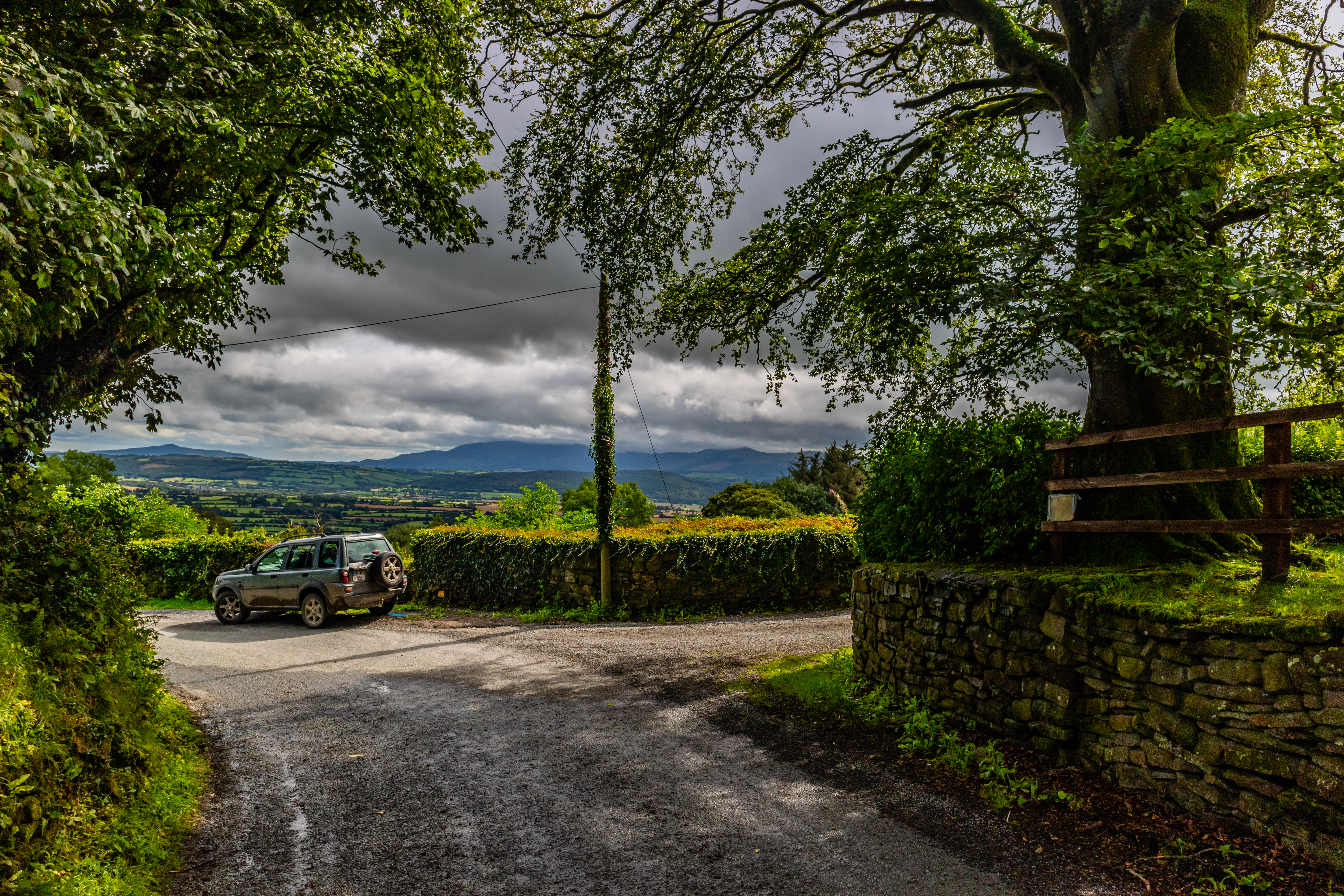 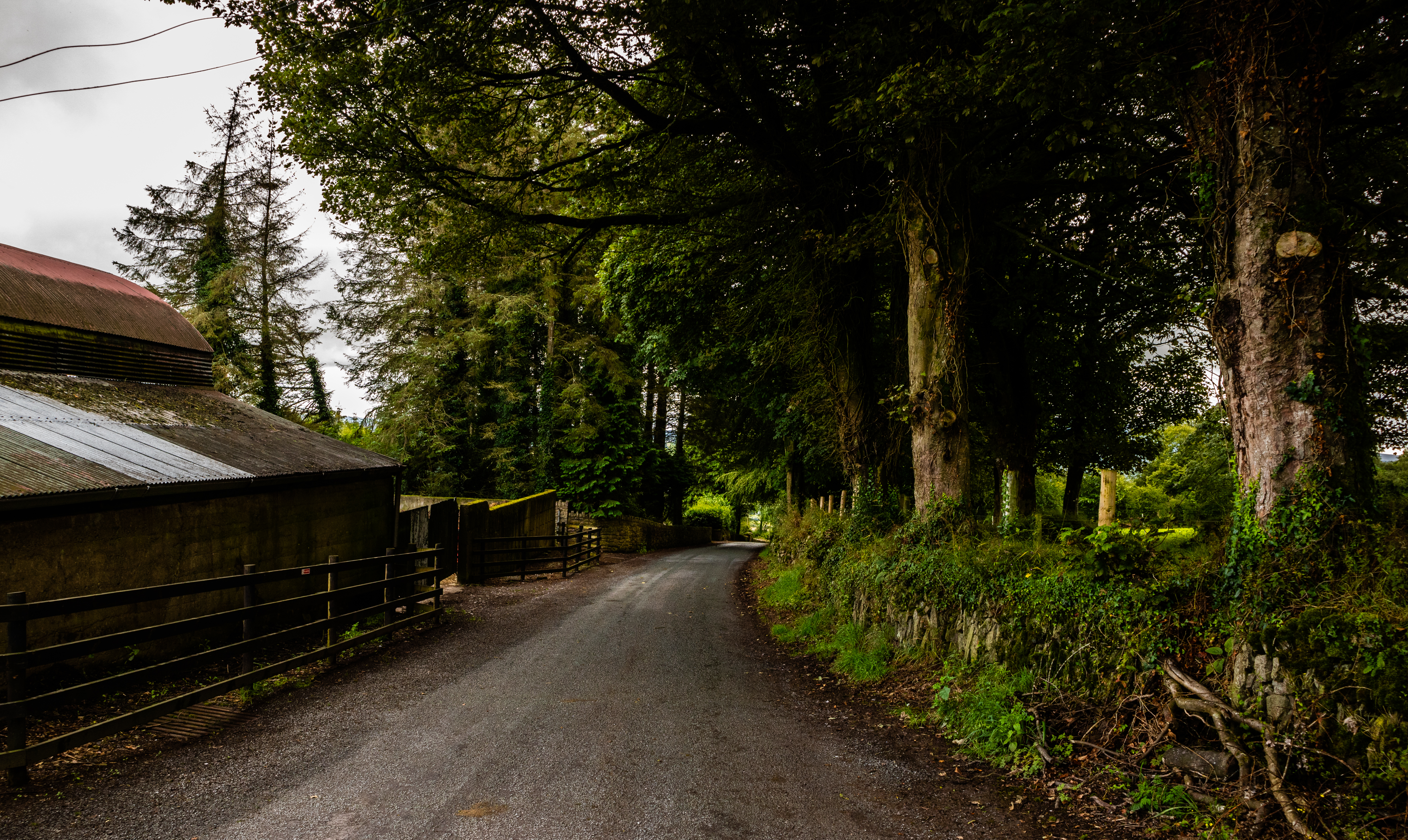 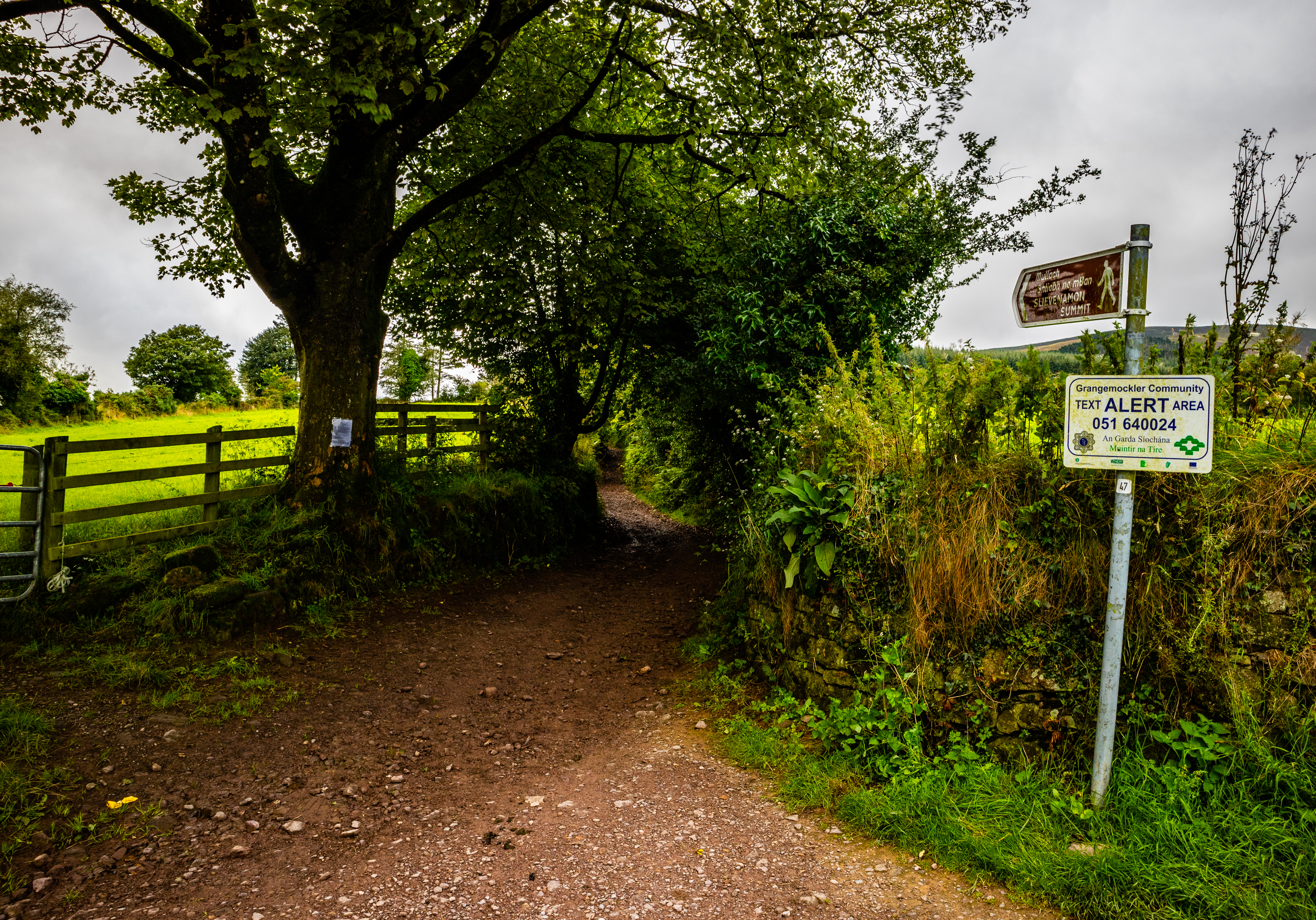 "Grangemockler", though? Sounds like a Harry Potter monster.
wyk 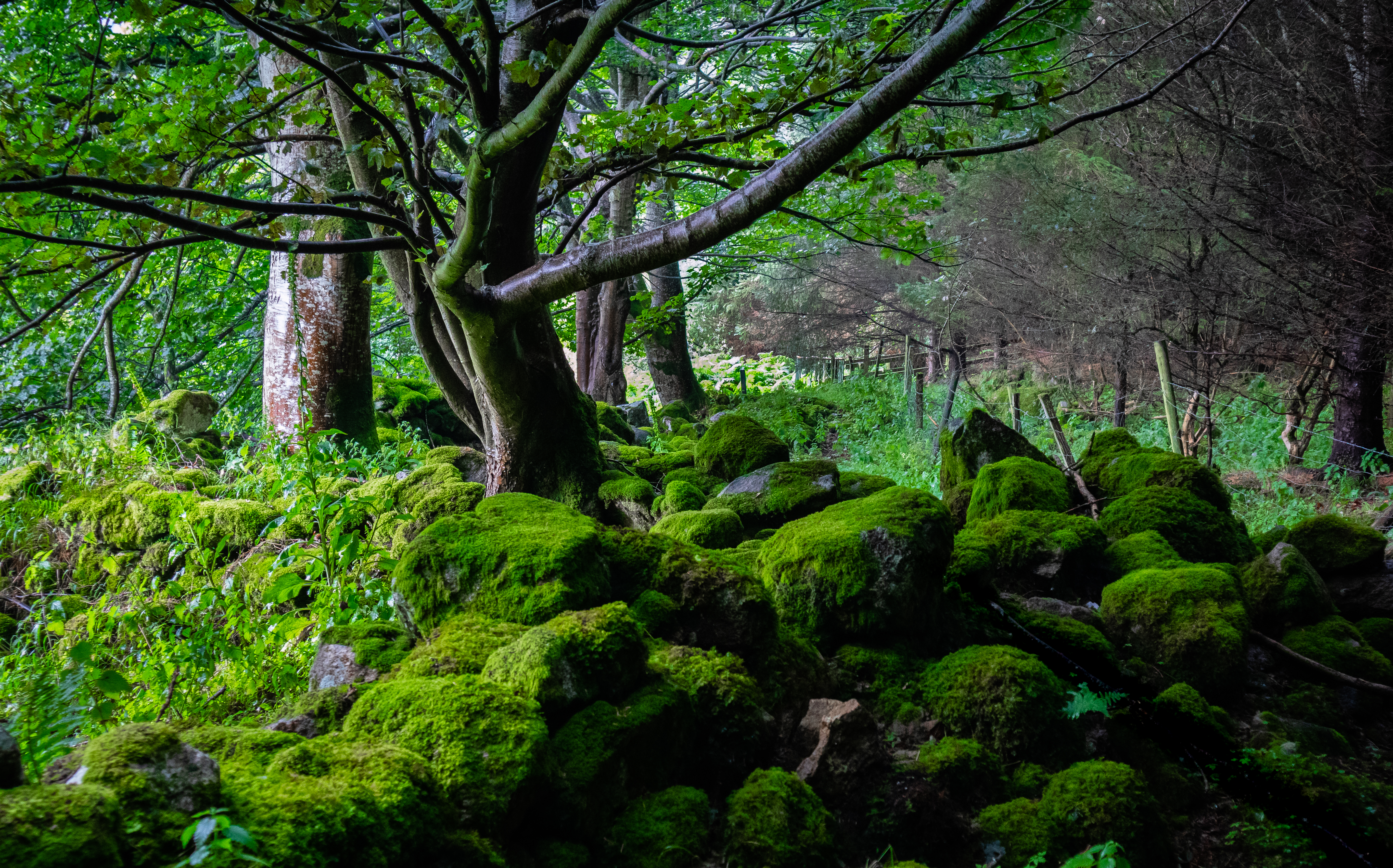 Today I learned that Grangemockler, while disappointing as a monster, is stunning as a landscape.
wyk

Have you heard of Brenizer Method?

20 images blended together and then reduced in size to post here coz the original is 250mb in size:

35 here looking the other way. Lots of wind that day, so a wasted effort, really. ut it shows you how well LR can stitch it all together. 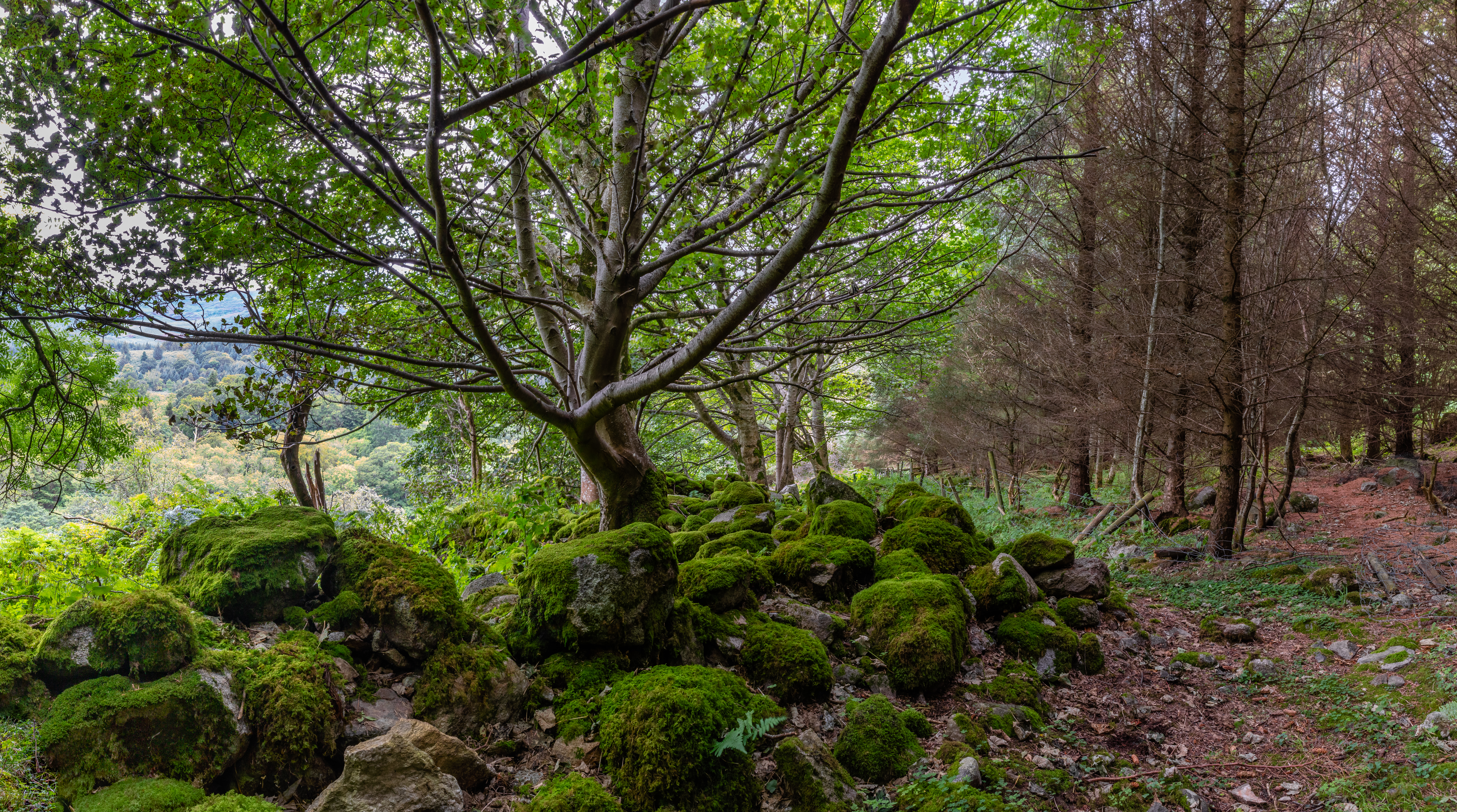 Automontage microscopy does the same thing only tiny, allowing an incredible depth of field in macro imagery. I can't find any of my own imagery, since it's stored on some old hard drive or other, but here is an example: 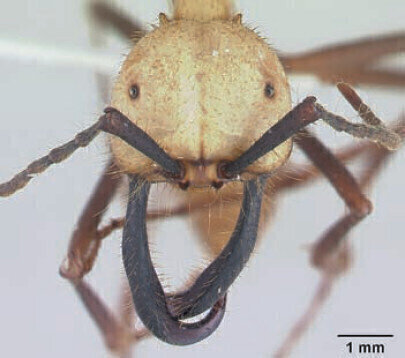 Been a couple of years since I've been on here. Just an old beat down firewood hack anymore, so don't feel like I have anything to contribute. Good to see you still on here Reindeer, and a couple of "neighbors" Northy, and Madhatte
You must log in or register to reply here.
Share:
Facebook Twitter Reddit Pinterest Tumblr WhatsApp Email Link