I made the unfortunate mistake of getting rid of my 10 series stuff shortly before Billy Ray became popular. Now everyone wants them!
Click to expand...

The 10 series are great little saws. I Love the 70cc versions.
ML12

Speaking of 70cc 10 series saws.... picked up this one along with some others last night.

its rough, but seems to have some compression. Also has the weird winged air filter cover which makes it a winter kit one? not sure.
ML12

in addition, I got these two PM (270 and 360) saws, and a Remington PL-7A. I'm excited for the PM 270, I've wanted one for a while. Problem is that I have 3 other saws already torn apart on my bench needing to be rebuilt, so these will have to wait.

I don't know if this is a You Suck or if my deal just sucks but I picked up these TS400 and TS410 parts for $65. I was able to piece one together in a a madmax sort of way and get it to run for a few seconds bit lost interest and went in for the night. 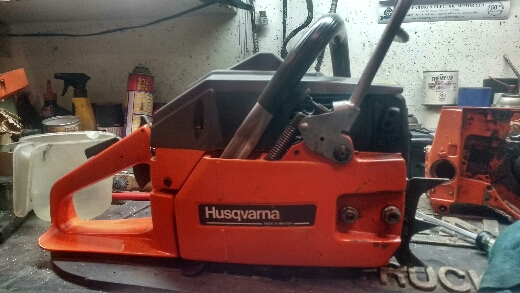 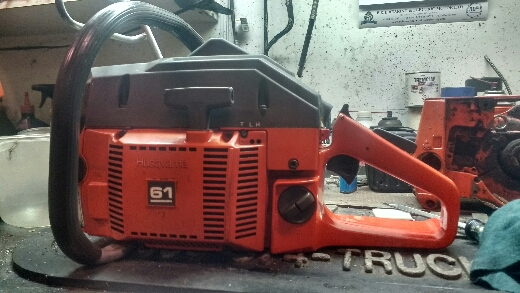 I picked up a couple of carcasses 3 weeks ago that i'm going to attempt to rebuild. That one is very clean. Let me know if you need anything.
rocketnorton

this one needs nothing, well just b/c, got pioneer on it now.
been usin it [ph] last few days. sfsg.
Orangeinthebarn
O

Okay suck'a. What you gonna do with that thing. Looks like it's about to turn and whoop yo' tater!
Jkstihl

This dude teleported straight from the early 00s with his volcom hat!
MechanicMatt

A guy had an ad for his moving sale and listed a "chainsaw" way down in the ad. I send him a message and asked what kind of chainsaw? Here it is for $75 everything in the pic. A follow up from my original post, today I recontacted the firewood seller whom I bought the earlier parts and saws from.
Scored a 288xp and 3120xp from $550aud, very happy as I've always wanted a 288xp. 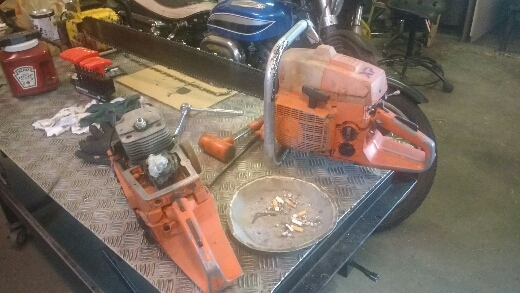 , had an OK day. I paid a little more for everything that I got than I wanted to, but I didn't go crazy. A couple days ago the mechanic at the Echo dealer I use grabbed me and said one of the guys in the plumbing section had an old Echo 280E he wanted to get rid of. I had never heard of, or seen one. He brought it out and it was so cute, I just had to have it. The E means it's electronic, so I told him if it didn't have spark I'd only go $10 bucks as a wall hanger. He told me to come back today when Barry was in. Turns out it has good spark. Barry said he bought it at a yard sale and it was real cruddy, and the guy said it did not run. He took it hiome, cleaned it up, put fuel in it, and it started and ran well. I gave him $20 for it.

Then went straight from the Echo dealer to my honey hole auction. They had a tool box crammed full of junk. On top was a little Norlund hatchet and a cheap True temper hatchet. There's a guy that comes to the sale every week, and he outbids me on every ax I want. He dumped every thing out of the tool box and put the hatchets on the bottom, hoping no one would see them. Didn't work. Some one else asked the auctioneer to sell them separate. I was ticked becasue I knew he wanted them, and he would drive them up. I wound up going $35 for the pair. Then there was a W Bingham Co, Clevland Ohio ax with the original marked handle still in it. Same guy started bidding and I ran him out at $40. I usually don't give over $10 bucks for an ax, but I had to let him know he can't chase me out real easy all the time. Anyway, the W Bingham Co closed in 1061 so the ax is at least that old.