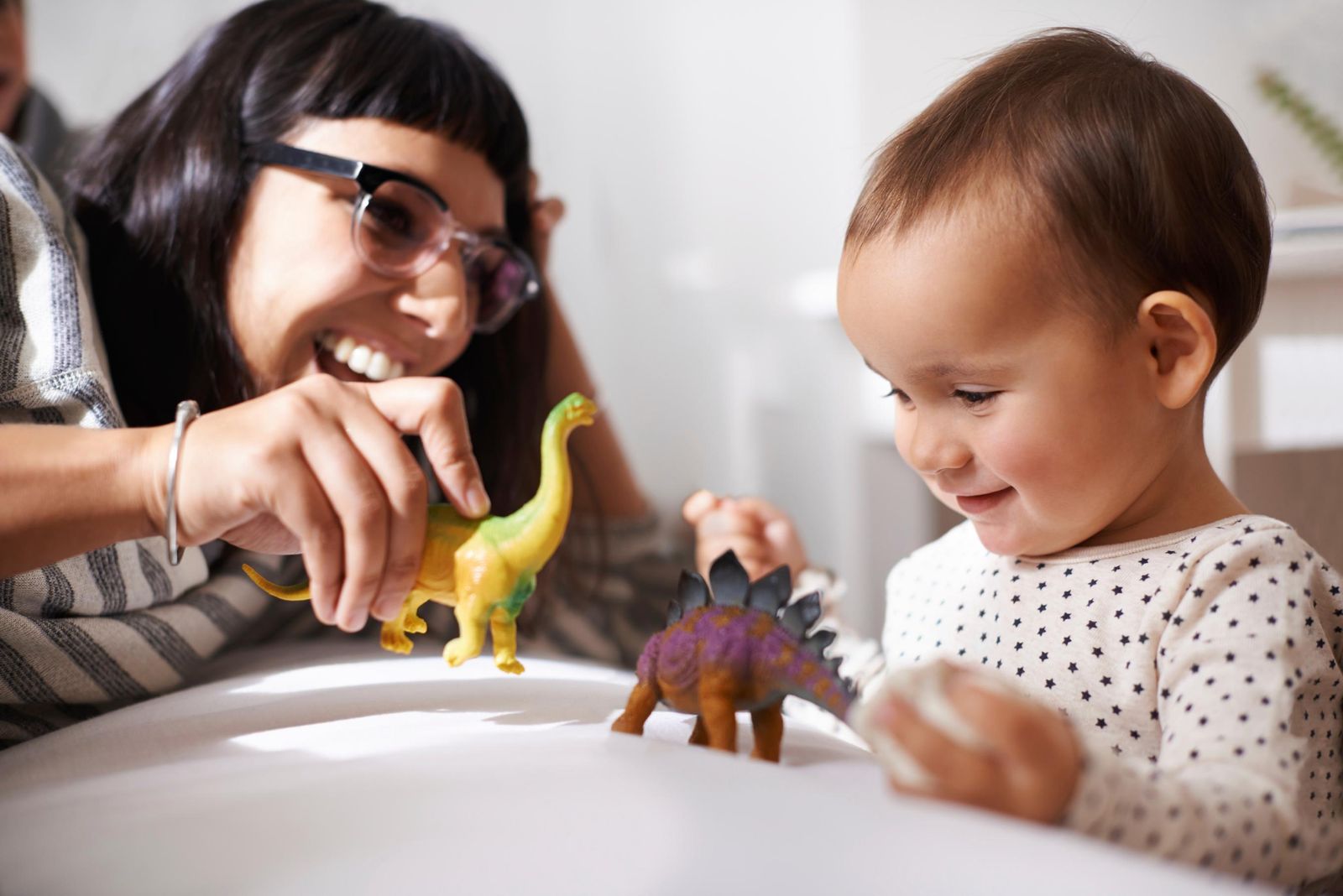 Sure, it looks cute now, but a new study explores why babies influence their moms' DNA for years. (PeopleImages/iStock)
By Viviane Callier
SMITHSONIANMAG.COM
SEPTEMBER 2, 2015

Mothers around the world say they feel like their children are still a part of them long after they've given birth. As it turns out, that is literally true. During pregnancy, cells from the fetus cross the placenta and enter the mother's body, where they can become part of her tissues.

This cellular invasion means that mothers carry unique genetic material from their children’s bodies, creating what biologists call a microchimera, named after the legendary beasts made of different animals. The phenomenon is widespread among mammals, and scientists have proposed a number of theories for how it affects the mother, from better wound healing to higher risk of cancer.
Now a team of biologists argues that to really understand what microchimerism does to moms, we need to figure out why it evolved in the first place.
“What we are hoping to do is not only provide an evolutionary framework for understanding how and why microchimerism came to be, but also to assess how this affects health,” says lead author Amy Boddy, a geneticist at Arizona State University.
Maternal-fetal conflict has its origins with the very first placental mammals millions of years ago. Over evolutionary time, the fetus has evolved to manipulate the mother's physiology and increase the transfer of resources like nutrition and heat to the developing child. The mother's body in turn has evolved countermeasures to prevent excessive resource flow.
Things get even more intriguing when fetal cells cross the placenta and enter the mother's bloodstream. Like stem cells, fetal cells are pluripotent, which means they can grow into many kinds of tissue. Once in the mother's blood, these cells circulate in the body and lodge themselves in tissue. They then use chemical cues from neighboring cells to grow into the same stuff as the surrounding tissue, Boddy says.
Although the mother's immune system typically removes unchanged fetal cells from the blood after pregnancy, the ones that have already integrated with maternal tissues escape detection and can remain in mom's body.
Microchimerism can get especially complex when a mother has multiple pregnancies. The mother's body accumulates cells from each baby—and potentially functions as a reservoir, transferring cells from the older sibling into the younger one and forming more elaborate microchimeras. The presence of fetal cells in the mother’s body could even regulate how soon she can get pregnant again.
“I think one promising area for further research concerns unexplained pregnancy losses, and whether older siblings, as genetic individuals, can play a role in delaying the birth of younger siblings,” says David Haig, an evolutionary biologist at Harvard University.
Given all this complexity, microchimeras have been difficult to study until recently, the authors note in their paper, which will be published in an upcoming issue of BioEssays. The phenomenon was discovered several decades ago, when male DNA was detected in the bloodstream of a woman. But the technologies of the time couldn't get a detailed enough picture of the genetics to tease apart the minute cellular situation.
Now, deep-sequencing technologies allow researchers to identify the origin of DNA in a mother’ tissues more comprehensively by sampling many areas in the genome, including genes implicated in immunity. These genes are unique to an individual and thus can help differentiate a mother’s DNA from that of her children with greater precision.
“If the cell populations can be isolated, then modern techniques should allow the genetic individual of origin to be unambiguously identified,” says Haig.
Still, understanding how the fetal cells are interacting with maternal cells is going to be difficult, says Boddy. Little is understood about the cellular signaling that causes fetal cells to regulate maternal physiology.
“It’s likely a negotiation between the maternal body and the fetal cells, where there is an expectation in the maternal body of a certain level of microchimerism that it needs to function properly,” said Boddy. For example, previous experiments showed that when mouse fetal cells are exposed to lactation hormones in the lab, they take on similar attributes to those of mammary cells, hinting that breast tissue may be one hot spot for microchimerism.
“Normal, healthy lactation may be the consequence of the fetal cells signaling to the mother’s body to make milk,” says co-author Melissa Wilson Sayres, also at Arizona State. But previous work has also suggested that the same features that allow fetal cells to integrate into the mother’s tissues—like evading her immune system—also makes them similar to cancer cells, which could lead to greater cancer vulnerability in the mother.
Based on evolutionary reasoning, the authors predict that fetal cells should be found primarily in the tissues that play a role in transferring resources to the fetus. That includes the breast, where they may impact milk production; the thyroid, where they can affect metabolism and heat transfer to the baby; and the brain, where they may influence neural circuitry and maternal attachment to the child.
The next steps will be to use modern sequencing tools to go looking for fetal cells in these spots, and then begin studying how the cells are communicating in each region of mom's body.
“What is really interesting and novel about this work is putting the issue of microchimerism and maternal health into an evolutionary framework,” says Julienne Rutherford, a biological anthropologist at the University of Illinois at Chicago.
“If these fetal cells are interacting with maternal physiology, where in the maternal body would we expect the greatest effect on function? That’s been a big question mark. Putting this into an evolutionary context was incredibly clever and novel and very exciting. It’s a beautiful example of theory driving testable predictions."
TheDarkLordChinChin

If an Rh+ man impregnates an Rh- woman her blood will create antibodies which can kill the foetus.
Rh- blood is most associated with people who have more homogenous DNA with less admixture from various Archaic Hominins.

TheDarkLordChinChin said:
If an Rh+ man impregnates an Rh- woman her blood will create antibodies which can kill the foetus.
Rh- blood is most associated with people who have more homogenous DNA with less admixture from various Archaic Hominins.