Conundrum: My latest (winter, armchair by the fire) idea...(ramblings)

Stack of pallets, lower your tailgate on it.
Forklift pallet of wood onto tailgate and shove it forward.
Stack while emptying the pallet.


Stacking is the best way to measure the wood. Eliminates any guesswork plus no worries about people saying they were short.

The video with the guy standing UNDER the pallet with the rachet strap... holy crap!
CaseyForrest

I am NOT a tree freak.

Sandhill Crane said:
You guys are probably thinking bags. Well TMainus has a good system with bags, and a fork rotator. I like it a lot. For comparison it depends on how the bags hold up, but being able to dump them is big.
Click to expand... 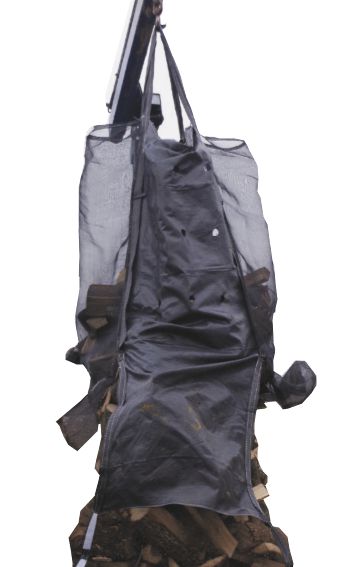 Open-bottom big-bag - The easiest way to unload your firewood

The Open-bottom big-bag is a one-cord bulk container in which you can season your firewood. The bottom of the bag opens fully with two Velcros. 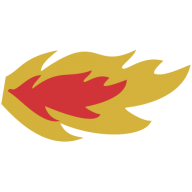 Sandhill, has the obvious approach been considered already? You have the piggyback, you put your wood on pallets, so how about having a truck that can carry your pallets and the piggyback and unload the pallets at the delivery site?

I work for a home builder and all kinds of building materials get delivered this way; lumber, plywood, siding, roofing, brick, rock, sand in bags. The piggyback is incredibly maneuverable (you already know this) and the truck can be parked down the street to unload from.
Then the question is, do you leave the pallet and all, or cut the netting and dump the wood, or stack the firewood there?
sevensandeights
S

Unfortunately he just spent $10k+ on a dump trailer (not sure of the exact cost that's just my estimate)!

There are tons of YouTube videos about all kinds of crazy Europeans delivering firewood the way you describe, abbott.
Sandhill Crane

Abbott295:
This was the original plan, which I held on to until recently, to piggyback and unload.
Pick the pallet up, load, deliver, unload, placing the pallet conveniently for the customer.
That was the picture in my mind, with the addition of a used 24' tandem flatbed.
Payload of twelve pallets, three cord capacity. That would be nice.
In the mean time I used a GMC 5500 w/12' flatbed and hand unloaded, for years checking out larger trucks.
The reality is actually a bit different.
Pick the pallet up, off the forklift and broom the bottom and interior of pallet of embedded gravel, piles of sand, and last fall's wet matted leaves.
Back on the lift to stage near truck. Off the lift to cover with sock. On the lift to load two pallets side by side. Off the lift and on the truck to position straps.
Repeat two more times for a full 1 1/2 cord load, or six pallets.
Then there is the add cost of pallets left, which people refuse to pay, as they see pallets for free all over. However, I use 48" x 48" pallets, and they are difficult to find because shippers use 42" 48" in inclosed van semi trailers.
Also, I found a dedicated delivery truck does not get used enough to cover the expense, an estimated $2k per year average. One year I dropped $5,700.
Deliveries are the largest expense I have.
Truck, insurance, plates $590., repairs (as I'm not a mechanic).
The time spent loading, delivering, and getting back really adds to the 'cost of production' of a cord of wood. A delivery would add two hours to processing time.
Which leads me to a pickup truck and dump trailer.
The smaller truck does double duty as my personal vehicle, and the trailer can sit when not in use.
Insurance is minimal, and trailer plates are a one time deal in Michigan.
Short story.
I have not sold wood in 2020 due to covid. The truck sat until I sold it in Nov. No plates/no insurance. The young man drove it around the wood lot, but I said no to running on the road without insurance. I called my insurance guy, told him the deal, and he just said Don't know what to tell you. So no gap coverage. The next week after work, with his insurance and my old plate, he headed forty miles to home.
A few miles down the interstate the front wheel caught fire.
There was a fire extinguisher I'd left in the truck, along with triangles. The title was already signed off. His wife drove him home and I had the truck towed to my mechanic. A week and a half later he still wanted it. I had told the mechanic to fix it right, not just get it on the road. The mechanic suggested I auction it as is. $2,700. in repairs to all four wheels, he drove his truck home.
I covered the bill and tow. And I was happy to see it go and someone get some use out of it.
I heard form him three weeks later. He had driven 400 miles and made a little money. He was replacing the two front steers. They had lots of tread but were ten years old and badly checked. He replaced the fiberglass hood with a used one. A dead limb had cracked it while parked in the wood lot. He ordered some parts on line that my mechanic couldn't get, and had access to a shop where he worked, driving a quad axle dump.
If I continued to use that larger truck, it would have cost me $2,700. to sit last year.
The guy that bought it was 20 years old, married, and a hard working decent kid, just starting out.
You screw someone over, they carry that a long time... There's enough **** in the world going around in this me culture.
We were both happy, considering.
My wife did roll her eyes., and I get it. But it's not her business.
I had ordered the trailer before selling the truck. Picked it up three weeks later.
Loading the flatbed was not hard, it just took way too long. Loading with the conveyor will be better.
The 16' BWise Ultimate Dump was 14 something, plus tax/plates, $15,900. and maybe annual brake maintenance/tires for ongoing expense.
Sandhill Crane

I've never used a dump trailer, with the exception of a one cord delivery the week I got it.
So not sure how this will play out.
abbott295
A

If doing firewood was easy, cheap and high profit everyone would be doing it.
Sandhill Crane

After evaluating, I raised my price per cord in spring of 2019 from $225. to $300.
It was a huge jump, far above others.
Either it sold for that or I was done. Margaret had bought a used RV trailer when she retired, and I kind of liked it, which was a surprise.
So do wood for next to nothing for others, or try some other things.
As my buddy said thirty years ago, "You can do anything you want. You just can't do everything you want."
I like doing wood. So I bumped the price to where it needed to be to continue.
The result is all the local wood sellers are now at $300.
And that's good for everyone.
There is still a huge range of what you get for that price.
And with the economy what it is, there may be a lot more sellers this year.
And that's okay too.
You must log in or register to reply here.