Backyard Lumberjack said:
seems even though over 6,000 homes still w/o power... had to do some line maintenance.

you would think maybe they should fix the power outages first, and worry about line maintenance a year earlier like they prob should have done!!! this on our side of town. one for the road... and 2 more crashes same spot day before... 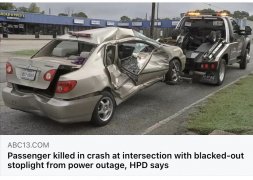 View attachment 929806 .Morning folks ! 52 f heading to 73 f with sun . 3rd hazelnut and Joe . I picked up my small game licence yesterday . So cleaning the 860 Remington this morning , inventory the hunting clothes & jackets . Purchased a new pair of Rockies last month , broke them in at fishing camp doing chores . Smoking some pike in Alder today . Be Safe !

Actually Tex , wifey was a little concerned , when I used them while bucking up a few blowdowns up the road from camp lol. I guess she rather i wear Kevlar boots.

69*/clear. Happy Apple Dumpling day. No game plan for the day yet. Prolly picking something out in the patch. Waiting on cooler weather to start cutting and splitting. Have a great day all . FS.
farmer steve 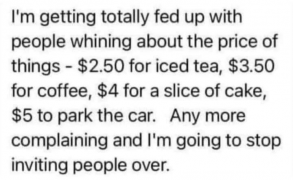 Morning folks ! 2nd hazelnut & Joe . 55 f heading to 75 f with partly cloudy with a chance of a thunderstorm this afternoon . I have further prep for hunting camp today . Loading the Wells Fargo trailer with Smoker & other hunting supplies prior to departure later today . Some Venision pepperette's in the smoker in Alder for the weekend along with some peameal bacon in Hickory afterwards . Have a productive day.

58F/14C up to 82F/28C and dry again. Setting up my "free stuff" along the road today. It's amazing what people will scrounge. Some of my stuff but mostly stuff from my Mom's house that the thrift stores don't want. Some furniture but mostly odds and ends household stuff. I'll let it set out there for a week or so, then off to the landfill it goes. Sorry BL, no Pecan or Oak. Make it a good one everybody. 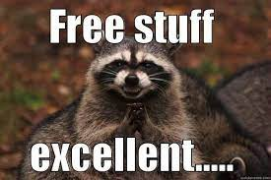 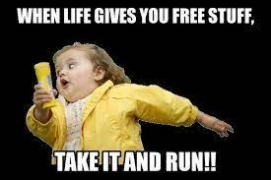 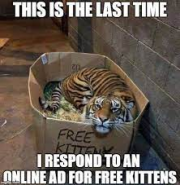 8 and cloudy. Another day - another mystery.

Good morning all, 69 and cloudy, have a good day.
pferdfiler

65 and storming. Been storming all night. Own it today.
ray benson

Oldmaple said:
58F/14C up to 82F/28C and dry again. Setting up my "free stuff" along the road today. It's amazing what people will scrounge. Some of my stuff but mostly stuff from my Mom's house that the thrift stores don't want. Some furniture but mostly odds and ends household stuff. I'll let it set out there for a week or so, then off to the landfill it goes. Sorry BL, no Pecan or Oak. Make it a good one everybody.
View attachment 929920 View attachment 929921 View attachment 929922
Click to expand...

Whenever I put something up to the road, it's gone within an hour. Dead freezer, old mower, rusty old lamp post from driveway, doesn't matter what it is.
woodchuckcanuck

Mornin' folks. Started out at 6ºC and fog this morning. Truck is loaded with 2-1/2 cord of kiln dried firewood for a customer about 100km away. We're sold out of seasoned firewood for the year now. Only available wood will be kiln dried until next summer.
Backyard Lumberjack

never saw 80 yesterday! officially. Nick's residual clouds. today warmer, 72/88. cloudy is the report, but out the window is sunny sky blue! nary a one.

'sip, sip!' 10% rains with higher humidity. another: can't make this stuff up tale of woe! so... this big blm guy... is at his neighborhood gas station. and up pulls the local postman in his postal truck. gasoline time. and the postman walks into the gas station store... and in doing, bumps into the big blm guy. this irritates him, so he decides to teach the young postal guy a lesson. and outside reprimands him, like

who do u think u are! ?? later he uses the words...'learn him. teach him a lesson.' so the postal guy who looks barely 20... and who is per code not allowed to carry a firearm delivering mail... pulls out his roscoe... and fills the blm big dude full of lead! guess, he was not going to have no schoolin'...

'sip, sip!' hits him in the upper L chest... one bullet tears up his L arm bicept/elbow area... and another gives him a R arm wound. this dude is bleeding! bam, bam... bam! so the shot dude goes to a flower shop and then is taken to the hospital... and low and behold that chest round just makes a hole! [some days u get lucky!] hits no bone or critical organs. bit of a bleeder, though. later, interviewed the blm dude who is all but in shock... says, 'can't believe this! ...and now i got a huge hole in my chest!' all but in tears. so the hospital treats him, bandages him up... and sends him on his way! omg. and he tells reporter he had to walk 2 miles (in that condition) back to the area. clothes covered in blood. (... and we warn you, some of this may be graphic, parental guidance suggested) he is a bit of a mess, to say the least! had to walk back. omg. and he tells reporter the story... and finishes with a low head, arms on counter... saying... '"wish i had not said anything!" well, that's it for the mail delivery guy. he is arrested. and then a USPS crew shows up, fill up truck... and returns it to mail center! well, thinking the postal guy may have got his lesson... not smart to shoot up your elders while on duty! [ 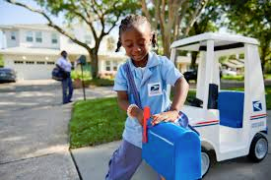 speaking of shootouts, they now have the perp in custody who shot and killed the guy who bumped the Benz-o-matic with his door!

neighborhood rather quiet this morning. no generators! round about 7 pm the utility crew (4 trucks) got the trunk line repaired and such. plenty happy neighbors. but... 3 full days, no power... crews got lucky, too! one of the neighbors has an area restarauant... and he invited the entire crew in for dinner on the house. talked with him later on during my evening bike ride... and he told me. i said i had seen it all, taking out the big oaks, etc at their house... full pro arborist crew! big truck, chipper, stump grinder, tree debris trailers... saws and crews... chips were flying, bit chunks... busy team!
chipper1

.
Getting ready to leave Secretary of State after handing them some cash. You know what they say, it takes money to make money, so...
Nice moderately 70 presently, calling for 84 later , but we have to be getting closer to real fall temps .
Not sure what I'll do today, I planned on hanging around the house as I listed a few things on Craigslist yesterday, but I sold them and a wood splitter I didn't even list

.
Hope you guys all have a great day.
Backyard Lumberjack

Backyard Lumberjack said:
you would think maybe they should fix the power outages first, and worry about line maintenance a year earlier like they prob should have done!!! this on our side of town. one for the road... and 2 more crashes same spot day before.
have a nice day! be safe...
Click to expand...

yesterday, a young girl hit buy suv, critical...and rushed to hospital. no shortages of responders. i counted 11 cop cars with lights flashing on the news. one would think why 11? maybe 2 or 3 to get the details, etc... and maybe one could have been directing traffic over where the lights were out and that crash occurred... all it would have taken was one cop! and several crashes in prev days. 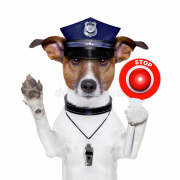 A good informative trip; had dinner with two of the inmates on this mountain.

Need to visit the surveyor today and get a copy of the topo that was done in 2017 to the new architect.
Then just wander around Sandpoint for awhile.


Looks like nice fall weather in ECI by the time I get back.

Good morn folks
You must log in or register to reply here.

P
Ever had an endoscopy?