deaves61 said:
Good evening crew,last few days of vacation in the mountains some pics from the country saw a few elk this morning didn't get pics of them

41F/5C up to 49F/9C with a slight chance of a few more sprinkles. A little more work out back cleaning up some more of the woodpile. Maybe a trip to the DMV for the title transfer of a trailer, if I can get an appointment. Football game tonight, parents night, so I get to accompany my son out on to the field. Only chance I ever deserved to be out on a football field. Make it a good one everybody. 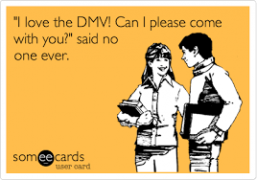 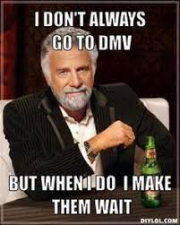 Good morning. 58*/clearing after overnite showers. Happy Eat a Pretzel day. Some of you guys will probably be celebrating National Nut day.

Hauling more soybeans for my buddy today and hoping to get more winter wheat planted. Have a swell day all. FS.
farmer steve 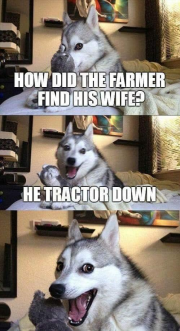 10 and soggy. Out to cut another view.

farmer steve said:
Supposed to be a cool down coming here the next few days. 70's just don't make for good huntin weather. Rut should be picking up the next few weeks and lots of corn being picked has deer moving. Hoping to give the crossbow some exercise next week.
Click to expand...

Mornin' folks. 12ºC and rain likely on the way. Office work, pay bills, sharpen blades, unload and load the kiln, sawmilling cants are today's agenda. We'll see how far we get. Have a good one. Fall is definitely here. 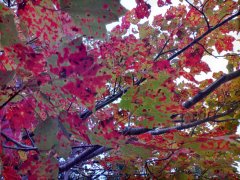 Morning all, sun is coming out. Moon was bright last night here.
This is my next tree project-a little over 30" at the base and dropping whole chunks of trunk. And had multiple poison ivy vines. 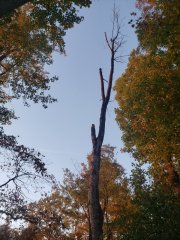 .
36 heading to 50, no rain today.
Of course I can't work on the pole building on one of the nicest days, but happy wife happy life .
Yesterday I managed to get all but the 8' girts done, the rain came in pretty heavy last night, besides I was pretty drained myself.
Have a great day. 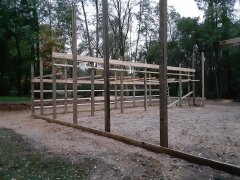 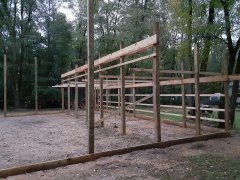 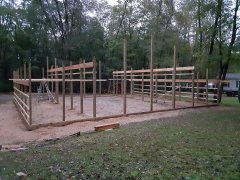 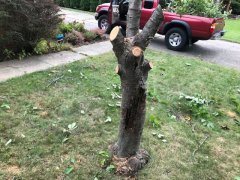 Weird burls at the base of this apple tree. I've never seen them at the base.

deaves61 said:
Good evening crew,last few days of vacation in the mountains some pics from the country saw a few elk this morning didn't get pics of them

In Tenn? Or somewhere along the Appalachian trail?

Weird burls at the base of this apple tree. I've never seen them at the base.

Lots of good burls come from ground level or under. Many like that are caused from weed whipping or damage from a mower, then it heals, kinda like a scar on top of a scar.
deaves61

stihlaficionado said:
In Tenn? Or somewhere along the Appalachian trail?

Good morning SA, parts in north Carolina others in TN, we came back to Tn side pretty remote on NC side.
Backyard Lumberjack

out. 70/85. maybe some rains, thot they said storms today?? more high humidity. will Fall ever return? foggy W of town, tv weatherman said: -0- vis! the guy that stopped in the middle of the freeway and slugged the driver behind him made the news again. seems the dragnet for him is increasing... and another one of those family issues that steps over the line! son kills his mother!! family had not heard from the mom, so called in for a welfare check! cops showed up at the home and son was there. would not let the cops in... so they got a search warrant. and in they went. reportedly bit gruesome inside, blood all abouts... and sooner, not later... they located the mom... in the garage... in a box! i got a a chuckle out of some of the latest info on the local jet crash... "evidence on the runway shows the pilot was (prob close to 150 mph! or thereabouts....) was applying the brakes, trying to stop!!" ...trying to stop! too bad they couldn't... one passenger ended up with a broken back as a result of the off-road (runway) ride!! beats the alternative! ~ tv reported few days ago the NTSB arriving to determine cause and stated as if there would be a press conference in a day or so... i said to QB, ha! more like 18 months to 2 years at best!!! yesterday they said... 'up to 18 months'... but one fact remains that no one is disputing... all things considered... the outcome was just short of a miracle! imo, maybe a full-on 100% miracle!

we wrapped up our storage move yesterday... sweep, clean and blow out the old space. I made the move day before. solo, even moved an modded car engine! 8-9 hours. no food, plenty of water. hand cart by hand cart, box by box. was kinda fun, actually. digging in here, there... 'oh, yeah... wondered where that was'

. set up a workbench that i have a history with, (have 6 just like it) pondered its origins a bit... it was little more than a shelf before. have 2 empty 4 tube light fixtures, now looking at some new ballasts. they had hung in my shop/warehouse area for over 25 years! told landlord emphatically... "no! they are NOT leasehold improvements! they are my lights!!" and i took them. and i got 100% deposit back, too. nice lights!! thinking to hang in new space. now i know what is in everything. the QB had even been talking about using a moving company... quote was $600! i said, no way! 3 guys. said i will do it myself... she was a bit when i finally walked in the house 'round 9 pm with old C-4 empty!! ...got a pat on the back and a cold 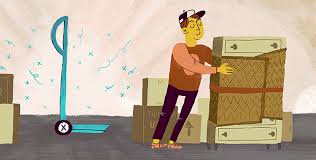 then went shopping at Sam's, QB wanted some roasted chicken and I fussed with my grinder motor project later
You must log in or register to reply here.