chipper1 said:
Yeah, I haven't been outside except to grab odds and ends to burn, only have a few more and they are one for the yr unless I do some more cutting.
What were you looking at.
Hope they get some answers for your wife.
Click to expand...

Pl4 and super 660 in shelbyville I thought it was shelby township which is close says gun lake casino that's 2 hours. So I had to put it off for another time and the wife wasn't doing good so I figured we would be at hospital. Family first. I'm only guy interested in them. Still waiting on my car and truck is alil iffy to drive.
Brufab

Wife's admitted to a room now heading home to take care of the fur babies. Hoping one doctor figures it out.
Brufab

Brufab said:
Wife's admitted to a room now heading home to take care of the fur babies. Hoping one doctor figures it out.
Click to expand...

Got a bit of snow today
Buckshot00

Fire in the pit with a few frosty ones.

Brufab said:
Wife's admitted to a room now heading home to take care of the fur babies. Hoping one doctor figures it out.
Click to expand...

Good morning 34*/precipitation of some sort. Happy French Toast day. No deer yesterday although @nomad_archer saw a few. I may take a walk down to back to look for the buck he saw at quitting time. Wally world later. Have a good one guys. FS.
woodchuckcanuck

Mornin' folks. 1ºC and darkness.
Learned something new yesterday. Pot hole water does a good job of cleaning your hands when necessary.
We were on the road most of the day. From the back roads to the ocean and a few other points in between. I can't recall the last time spending near 8 hours driving. Anyway...
We were at a friend's place today, met their dog for the first time. Give him a good rub down, which he thoroughly enjoyed. Strong wind blowing. Nice day. The ol' Lab must of rolled all day in manure. For when we got in the truck to leave... oh... my... gawd. It smelled so bad and we were laughing so hard, I had to pull off the side of the dirt road. While roadside, still laughing, we went to one of the potholes filled with water and rinsed our hands...a couple times. Worked pretty well.
knockbill

34F/1C up to 36F/2C with a chance of a snowflake or two. A couple of inches of snow on the ground from yesterday, makes spotting deer easier but that is probably only going to happen from inside the house. Not much motivation to go sit behind the barn. Make it a good one everybody. 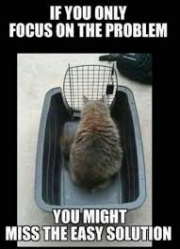 Morning fellas. 30 and clear here. Working on a cup of joe, fixin to head off to the church house.
ray benson

And so it begins.... have a great day fellas and be safe!

Brufab said:
And so it begins.... have a great day fellas and be safe!
Click to expand...

She's home now, still don't know anything. We're waiting on a million tests she's done from blood work and #1/#2 samples from a week or 2 ago. Mri was clean. Right now are only hope is with the specialists that we have appointments for, some outa state and mostly neurologist. It's just a waiting game hoping for an answer. I'm worried she had covid in Jan 2020 and these are long term affects of the virus which the doctors say really can't tell or know how to treat. Thanks for asking Bob, have a blessed day!
Buckshot00

good morning. but not so good for some. but plenty good

. rains all afternoon, little more than an off n on drizzle. i was able to get in a good bike ride, too... so that mite suggest how iffy it was. i got misty damp, but nbd. glad the tv weatherB'rs were wrong... again! hazy this morning, fog in some areas.

cool day. 52/68 -48 later on. 38 out in the country. nippy. been quite a wild few days down here over the TGD weekend. and the hot action has not stopped. as of 6 pm news yesterday... 6 murdered here in Houston since TGD holiday started, and 3 shot or stabbed! so far only 2 in custody - more shootings and killings since then til now, this morning, too! omg and crashes! omg, seems the entire freeway system is crashing... lol, or most! ok, well... some. but too many. and DUI's they say. so cop cruiser is parked on side of road. lights ON! and a DUI... slams at high speed into the back of it... crumples the trunk nearly to rear window and then the

driver is whisked away and off to jail! to show the perp the system means business, the judge throws the book at him! well, maybe a paragraph on a page.... Bond: $100.00! DUI crash, oh, nbd! let him out, low bond so he can buy more

and maybe kill somebody next time....

. several bad wrecks this morning... high speed, DUI's and the wet roads. truck is zooming and slams T-bone into another... driver critical. t-boned dead at scene! it was hit so hard on side, it accordioned! final exit for one dude! e side of town. flying down the freeway witnesses say... exits on to the ramp and... smashes head on into one of the camera towers. BAM! after the bounce... car bursts into flames. witnesses try to get him out from the rear, but alas... flames too hot and i am sure u can guess the outcome! few more mystery 'man dead on side of road!' s and such. AstroWorld stage is still in stage stage. can't take it down. crime scene! so it goes here... just another day in the Bayou City... wonder how next week will go? other than the swell weather promised!!! do hope they get this one right... 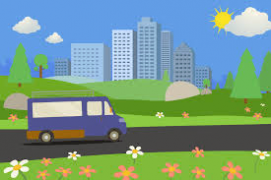 Brufab said:
Yea lots of people have my wife's symptoms but no answers. Today says feeling like she's dying inside and legs are sore and stiff and lower back pain on top of blood pressure and bpm all over the place and what she describes as adrenaline surges. Hope your Mrs. Feels better soon as well farmer steve
Click to expand...

think i could use some of them at times...
You must log in or register to reply here.