I'm posting this is the general chainsaw forum instead of the Mcculloch forum to start a new thread.

I run accross Mchulloch 35's pretty often but never running. I have two that I picked up separately for nothing and thought it would be interesting to get them running. I'll post as much of the process as I can with questions to hopefully build a kind of tutorial to encourage anyone who wants to pull theirs off the display shelf and run it.
I'm winging it here so please chime in with tips and suggestions.

This thread is addressing the fuel pump because this particular saw runs on prime and I've already checked out the carb and it looks good, including the diaphragm. 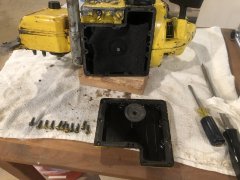 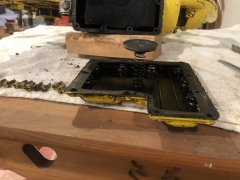 Fuel pump is in the bottom of the tank.
Tank cover is spring loaded because of a disk that pushes the wick against the pump body.
Even after having fresh fuel in tank the wick was really stinky. Not a bad idea to pull it out and rinse it if the saw has been sitting for years. 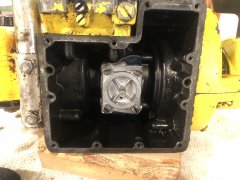 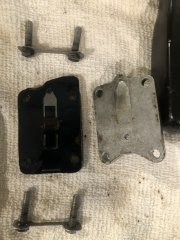 Pump body consists of two aluminum plates with a gasket set sanwiched between them. One layer is the gasket and the other is metal and acts as a reed valve allowing fuel to flow towards a single jet I believe. These gaskets are staples together in the correct orientation. While there is some minor corrosion, the part that acts as a valve seems good. 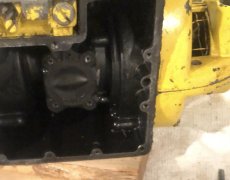 Diaphragm is pretty flexible but not supple like a SDC diaphragm.
It has a big wrinkle in it. 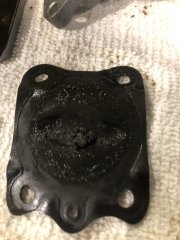 This is the inside (crank case side) of the diaphragm. Very dirty. Crank side of pump body aslo very dirty.
Q: Do you think this was effecting how it was working?

I've reached the limit of photos allowed for a single post.
Will pick this up shortly.

The pump diaphram is made of pretty thick rubber compared to other carb diaphragms and has a big wrinkle in it.
Is this typical? Maybe it's a homemade job.

Here are links to two videos of the diaphragm.
One dirty and one after it has been cleaned.
Do you think it is acceptable as is?

If not, you can measure the thickness & buy nitrile cotton or nylon weave sheet material, or it may be cheaper for you to find an automotive fuel pump diaphragm that is larger.

Then punch the holes & cut the pattern out.

We “roll our own” automatic oiler diaphragms over on the Nik’s Poulan forum.

I will try to remember and check the thickness of the diaphragm material tomorrow, I am pretty sure I have a few and the OEM ones do seem to be pretty thick. 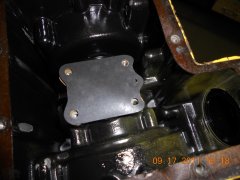 If the tank gasket is O.K. you can try putting it all back together to see if a thorough cleaning would allow fuel to flow properly. You can also try soaking the filter/wick in some purple power or simple green as they seem to do a pretty good job on stale fuel, varnish, and sludge. Be sure to dry it completely since the wool felt will absorb water.

Tank gasket is looks pretty good. It’s adhered completely to the cover. I soaked the diaphragm is acetone and the wrinkle did smooth out a bit. The tank was actually super clean so I just rinsed the wick in gasoline and put it all back together. I’ll give it a go tomorrow.
Camperspecial

Saw is back together and pumping fuel. Really rich wide open. I’ll try tuning it when I get the bar back on.

Remember the lever on top of the housing to limit the travel of the fuel control rod when you open the throttle. 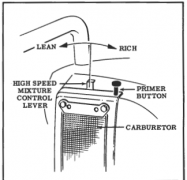 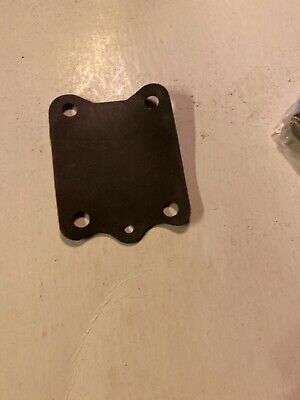 Is it safe to assume that this process is the same on the other models of this saw type, like the 33 and 39?
I want to get my old 39 running someday, but the unusual design is intimidating to approach since I have little to no idea where to begin to fix whatever may be wrong with it. (Currently has no spark)
So having all these visuals in this thread is great stuff and much appreciated.
heimannm

The 33/35/39 saws are very similar. The 33 had a different device for adjusting the throttle position/H adjust, the 39 has a deeper fuel tank. There are other minor, subtle differences but the principles are the same and most of the parts are the same. The point cover is just above the fuel cap, start by cleaning the points and adjusting the gap to 0.019-0.020". I like to drag some fine (400 or 600 grit) emery paper through the points then finish with carburetor cleaner and clean paper. 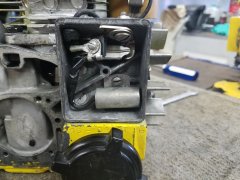 Forgot to post video of saw running.
Pretty good for what it is.

They do have a very distinctive growl.

Mark
You must log in or register to reply here.

Huh, thought I had it fixed!
2