I found a local guy that wants to sell this saw, but I don't know anything about them. I've seen and boughten a lot of saws, but have never seen this Solo model. Even if I search online, I can't find too much information on it. I'm not sure if they were primarily sold in Europe or if they really didn't sell many at all. He does have the air cleaner parts that are missing in the picture also. Any information would be appreciated. 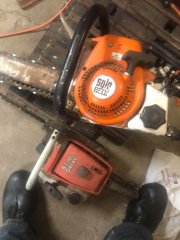 bcorradi said:
I've seen and boughten a lot of saws,
Click to expand...

rupedoggy said:
I have now learneded a new word. LOL
Click to expand...

I assume you don't think "boughten" is a word. You may have to check it up, it is indeed a word. It's all good, keep learning Rupe.
heimannm

Solo is a German manufacturer who builds great saws but never really committed to jump through the hoops for the US market. There were a few dealers in the NE and NW part of the country, their saws were generally very good performers.

Perhaps the most famous or infamous saw was the twin cylinder 611. There were 100 and 110 cc versions of that one, they do sound sweet when they are running.

This is a 610VA, a sort of top handle saw. that appears to be similar vintage to your 650 pictured above. 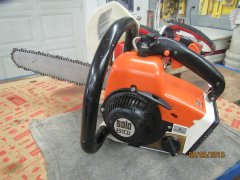 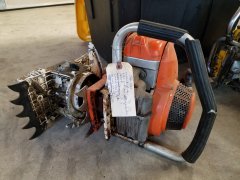 This is my 100 cc version of the twin. The flywheel cover is supposed to be red but the magnesium has oxidized to such a nice hue I hate to disturb it. 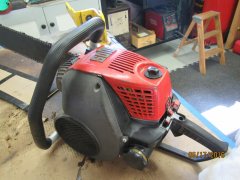 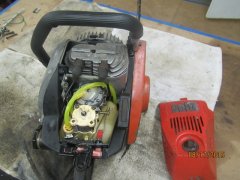 I have been know to break the starter on mine in public. That starter, by the way, is a rather complicated affair on the right hand side of the saw behind the clutch. 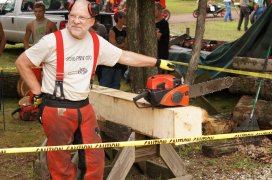 Thanks a lot Mark that is extremely helpful information. I appreciate you taking the time to reply to the posting.
You must log in or register to reply here.