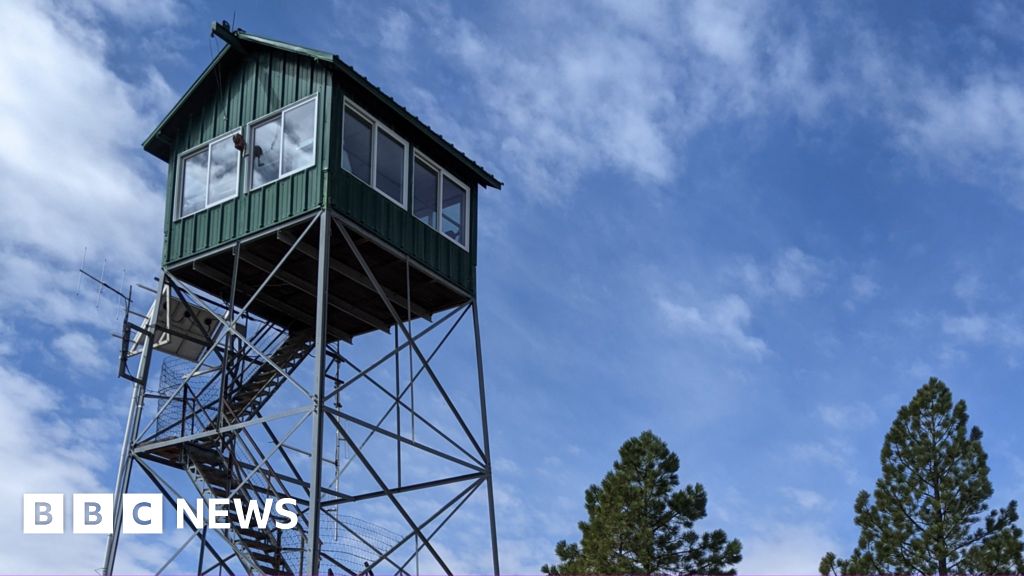 Fire lookouts: The US Forest Service lookouts watching for fires

I’ve been in one on the 300 road in Arizona. My brother works for the forest service.
slowp

I spent a month in one. I spent one night of that time but when I woke up at dawn, note DAWN, some idiot was walking up for a visit and did I say I had just woke up? This lookout was not on a tower so I couldn't just keep the hatch shut. The gate was shut at the bottom of the hill though, but he still came on up. After that rude awakening, I commuted. It was too smoky to see much but I did do the radio relay bit and took the weather. I was entertained by hang gliding people taking off and noticed a ritual amongst them. They emptied themselves in the outhouse, then walked to the north edge and looked over, shook their heads and then took off on the gentler side of the mountain. Earlier, when I was not the lookout, a hang glider had tripped going off the cliff face and it took quite a bit of work to get him off the cliffside. It also shook up the regular lookout guy.

It isn't that lonely if you are on a lookout that can be driven to. In fact, I found myself wishing it wasn't such a popular spot. Or at least on a tower with a trap door to shut.
John Lyngdal
J

I've stayed in about a half dozen different ones over the years in Oregon.
The amenities are spartan, but the views and night skies more than compensate. 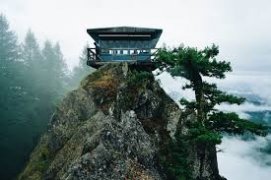 Recently installed a 2 pulley counterweight for the trapdoor on an L6 (16' x16') 62-67' high tower for the
GF, who's been 32 Summers on manning several different ones.. The FMO was happy & likely cause he didn't have to do it.
*grin*
Get Caught up would love to put a 2-3 story on my own place. Although the loction is right where the last decade + has been a battle with B2H wanting to place
A High Voltage powerline through the property < 650'
from my residence.

We used to go out in small groups or teams doing what was called smoke chasing. We'd go try to find what the lookout called in and then take care of it. One time, 4 of us went to a small fire, worked it, and settled in for the night. Back then, they had a lookout chat time on the radio. The lookouts had an hour to talk to each other. Everybody with a radio could listen, and had to listen, because we had to stay in radio contact. That night, it was like listening to a soap opera--lots of personal stuff that we couldn't believe they'd talk about on a radio. It was pretty entertaining and we were disappointed when the radiohead guy got on and told them their time was over and to get off the radio. I'm thinking that to annoy him, we crews did a Walton's thing and told each other Good night.

And here is a link to Burley Mtn, which I mentioned previously. I got depressed the last time I went up there. It was in pretty sad shape. Of course, every winter somebody snowmobiled up and kicked the door in which isn't the best thing.


Sent from my iPhone using see
You must log in or register to reply here.

My lot is on fire!