Well...this is a basic Carb rebuild I did on the Tillotson HL carb that is in my old Homelite Zip. It was very basic and straightforward. Since this carb was in really good shape, with not much trash in the inlet screen at all, I did not drill out the Welch plug and replace it. I have never replaced a Welch plug, and have had good success on my rebuilds.

This is just the way I rebuild saw carbs. Some of you may do it differently… with that being said there may be a step or 2 “missing”. But like I said… this works for me, and always has.

The Tillotson HL is the bread and butter carb for Tilly… It was prevalent on almost all the older big cc saws… Stihl, Homelite, McCulloch, Remington, Poulan (I think). I’m sure it was used in a lot of non-saw related applications as well. So I had a couple hours and a few beers on hand… so I thought I would make this little picture show while I rebuilt the HL.

You will need a rebuild kit, a service manual (from Tilly’s website), assorted flat blade screwdrivers, a 7/16” open end wrench, a small 5/16” socket (I used a ¼” drive), a small pick, a small pair of pliers, some carb cleaner, & compressed air. EZ-PZ and simple. The service manual tells you how to drill out the Welch plug and replace it. But like I said… I left it alone.

Hope this will help some of you out. Also if I miss anything that some of you think needs to be done… by all means point it out to me. Even though I have been doing this for years… I still learn new stuff… Most saw carbs have the basic parts internaly like the HL does. There will always be some sort of control lever, lever pin, spring, and needle and seat. So this little tutorial can help out in most cases.

There are a lot of pics (almost 60)... so sorry for you dial uppers. I was a dial upper until recently... so I know how you feel. So hopefully I'm not posting too many pics for the site. If so the mods can remove it or maybe we can consolodate the pics.

The pics are uploaded from photobucket website so I can directly imbed them. So enuff with the yappin'... on to the tutorial. 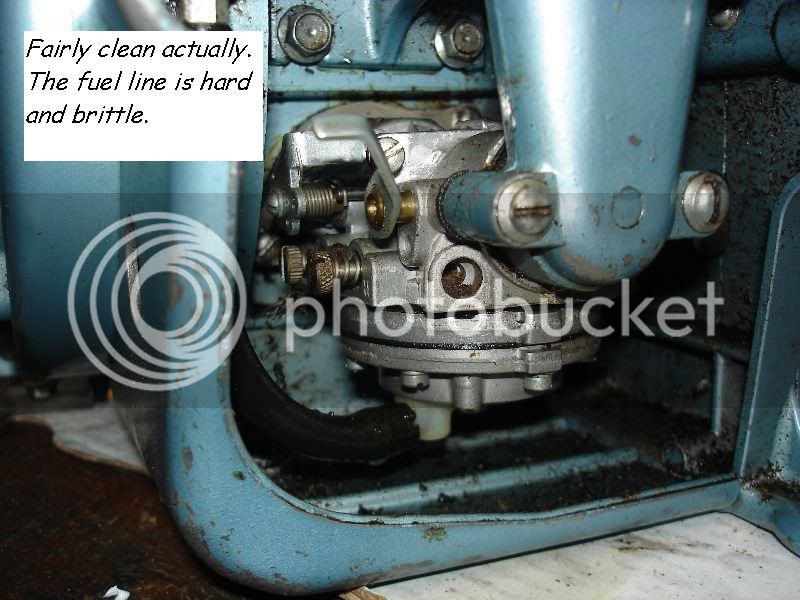 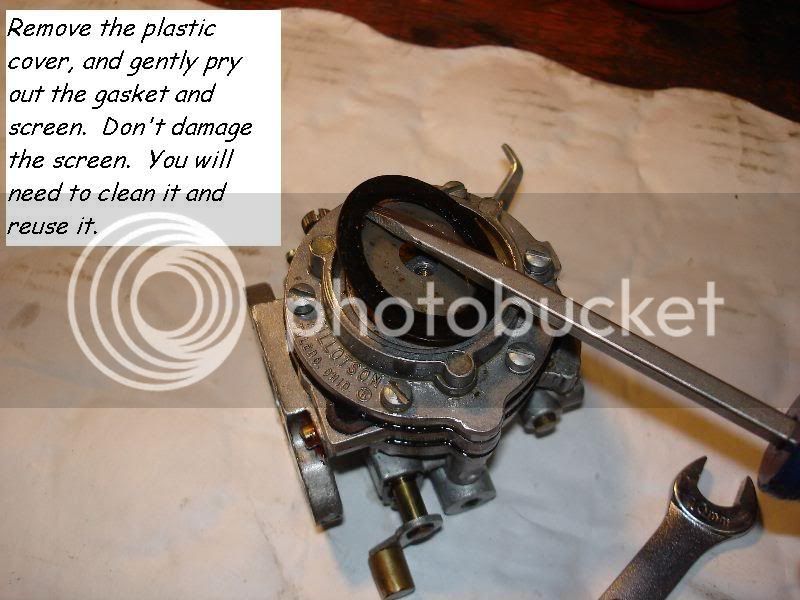 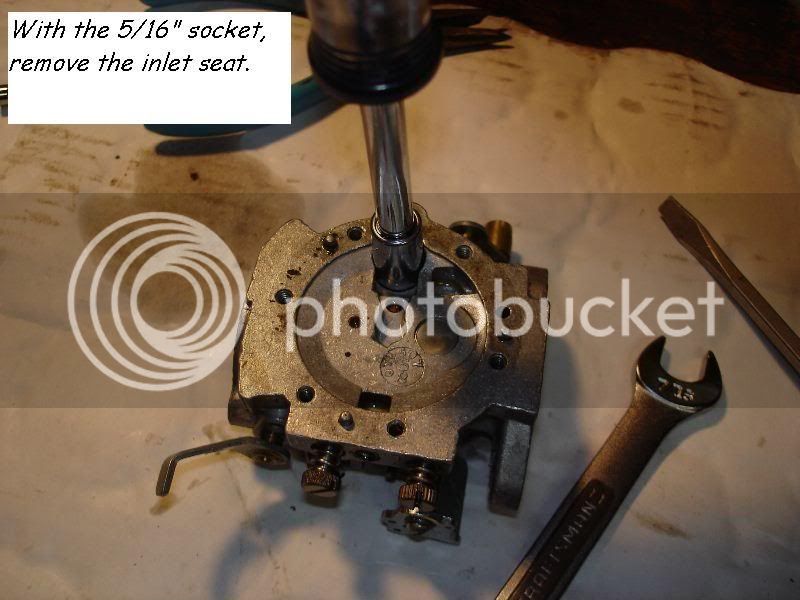 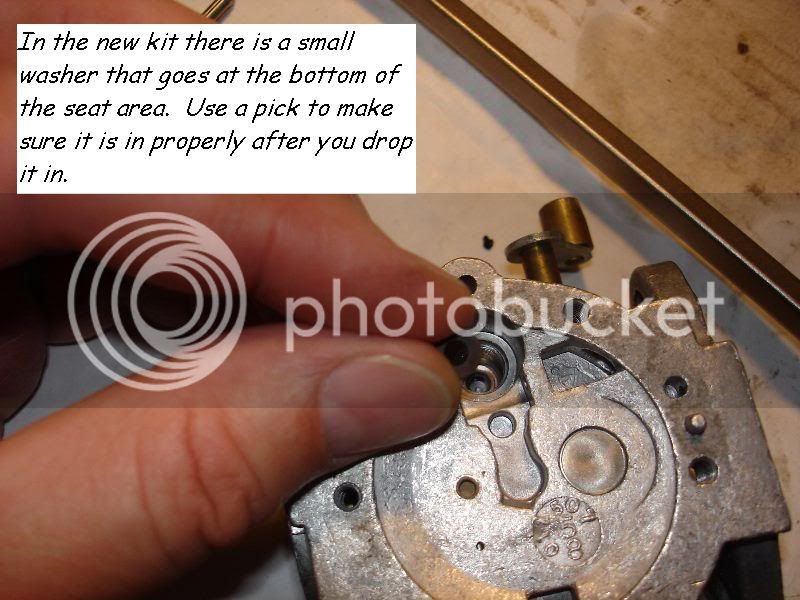 Well I hope someone can get something out of this deal... it took me a lot longer to edit the pics and upload them, than it did to actually rebuild the carb!


I was wondering what happened to that kit
huskydave

You deserve lots of rep. This should become a sticky. It takes a lot of work to organize all those photos and you did a great job!
GASoline71

Nice job. I'll get you again when I get more bullets.

You ever thought about writing a book? The illustrations and detail are much better than many books I've seen.
belgian

I normally do a pressure check after the rebuild, just to make sure (mostly with no complete rebuilds like this one), that the needle seating is OK.

Gary....this thread is what this place is all about. Rep for you when I get some bullets back. What an awesome job you did!

Hope you enjoyed that beer...

spacemule said:
You ever thought about writing a book? The illustrations and detail are much better than many books I've seen.
Click to expand...

Believe it or not Rexy... I have seriously thought about it.

I also do High Performance Holley 4bbl stuff too... carbs have always been my forte`.

It took me almost 2 days to edit the pics and put them in order and figure out what I wanted to say on each one. I think I took almost 200 pictures and narrowed it down to those you see here.

It normally takes me about an hour to do a thorough rebuild... this took me nearly 2 hours since I was taking pictures.

I have other carbs to rebuild that I will do the same thing with. I posted this on another site and one of the guys took my pics and used them in a power point thingy so he could have it for his own quick reference.

Nice work and thank you, this is the stuff I like to see.
mjbilbo
M

this was a great post Gary. Very helpful to someone like me that has a C-5 that I am trying to keep running properly.

If I were only smart enough to figure out how to post some photos, I would put one up here

Good idea on the metering lever. I would never of thought too use the old one due too the fork on the new one looking like it spears the end of the pin. I guess the new and old pins were just the same length.