Do you put the wood in the tire or the tire over the wood......which is less work/time consuming?

Wood in the tire.

I have seen that method a bunch of times but never tried it. I think you need the right wood for it.

Also good to have a variety of tire sizes.

I cant say that I have ever given the tire method an honest test, but it seems to be another step of handling. If I can set my blocks up on end and not have to lift them off the ground and go along splitting them down the line, it seems to be more efficient. I realize that I may need to tip my two halves up to split them one more time each, but I am still not needing to pick them up to set them on a block or in the tire. Thoughts?
Lowhog

If you are not chasing after splits you don't need the tire. If you are it is a good option. Some guys use a bungee cord.

You can often fit several smaller rounds into a larger tire which save set up time.

I tried a bungee, I cut it 3rd swing, oops.
svk

I think if you are making precise splits like kindling or do all of your wood in one spot the tire is great. I kind of split wherever the wood is so don’t use a tire very much.
Lowhog

With the fiskar 8 pounder you are chasing splits across the farm without the tires.
moresnow

Agreed 100%. For those who have not tried it. You should. I was skeptical initially as well. This flat out works. I have some monster Maple rounds I use to set the tire on (15" rim type minivan tire). Load the tire with as many rounds as you can. Tighter the better. Smack away. Make's my Hydro look stupid slow!
Occasionally you will need to nudge the tire around on the big round base to keep things squared up. No biggy. Cottonwood and Elm head to my hydro. Everything else would go to the tire. Unless I am lazy!
Ductape

dancan said:
Here's a safety reminder .
One of my B'laws is a 300lb gorilla , he was splitting his firewood sledge and wedge on some gnarly stuff .
He has a 12 lb sledge cut at 18" that he likes , while he was driving the wedge he heard what sounded like a 22 round and then instant pain in the knee .

A trip to the doc and then a trip to the ER .
The ER could see the chip on the Xray but could't remove it so 2 weeks later for a day surgery with a specialist .

He brought them his metal detector and a super magnet because he wanted it out .
I've not seen the wedge in person but from the looks of it I wouldn't have used it from what looks like previous chipping .
Click to expand...

Good reminder. Years ago I was making some kindling. Without thinking much about it, I used a steel mini-sledge to whack the back of a hatchet to drive it through the wood. Likewise, a piece chipped off of the axe and shot into my thigh (missed my nuggets by 3 inches). Off to the emergency room I went (bled like a mutha). Dr. discovered it was so deep, it would require a 'real surgery' to remove.... so they left it there. Tetanus and a couple other shots later they left the piece of steel in my leg, which is still there today. It sets off metal detectors, including my hand held wand. Stupid mistake and I knew better.
Multifaceted

Pretty hyped for my recent axe purchase - Russian-made from the Siberian Tiaga - Toporsib Bobr (Бобр) Axe. Total weight is 3.5 lb, hand forged laminated steel, hardened poll, and on a Beech haft that is roughly 26" long. Here are a few pics, and album link posted below... 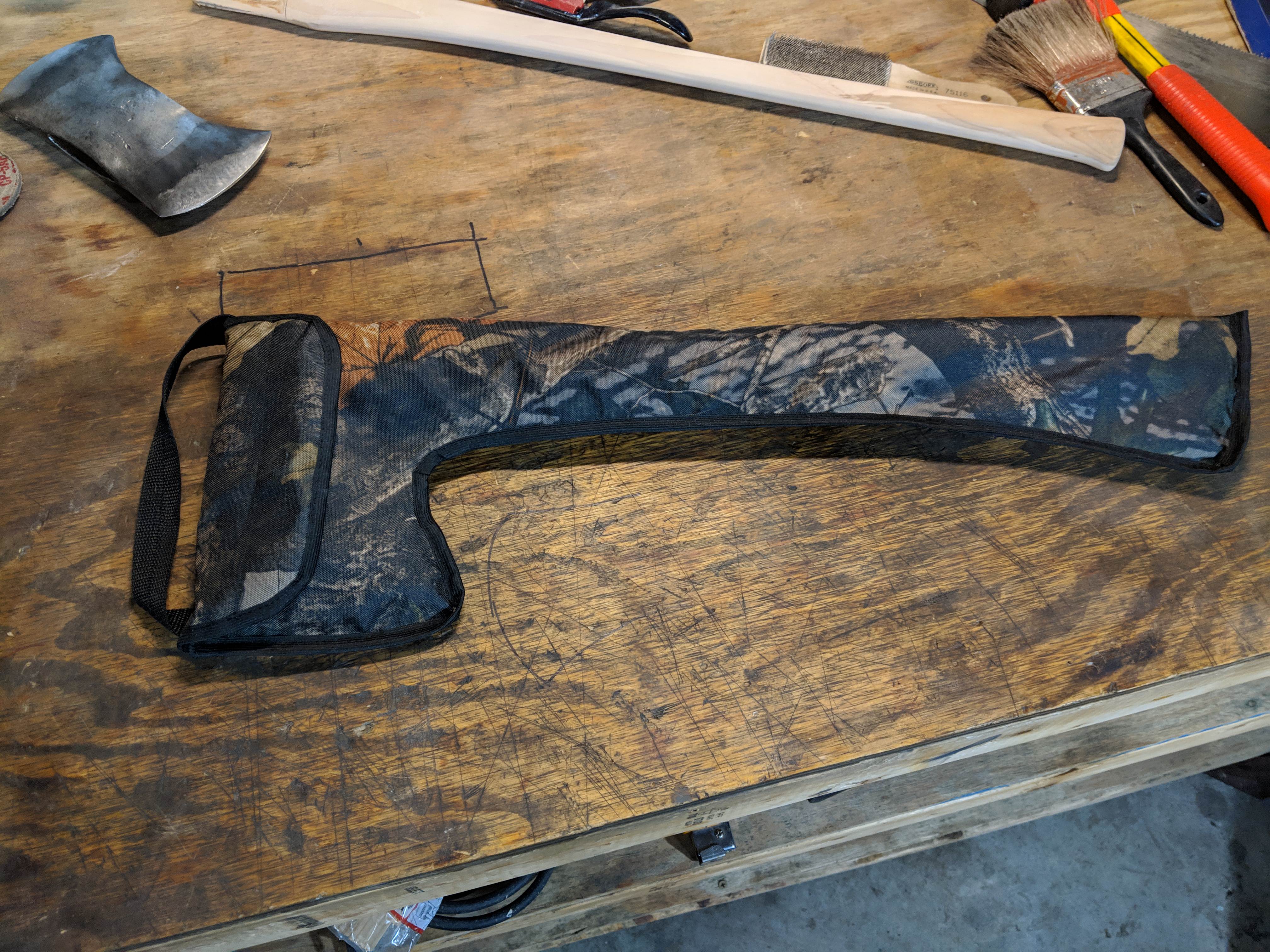 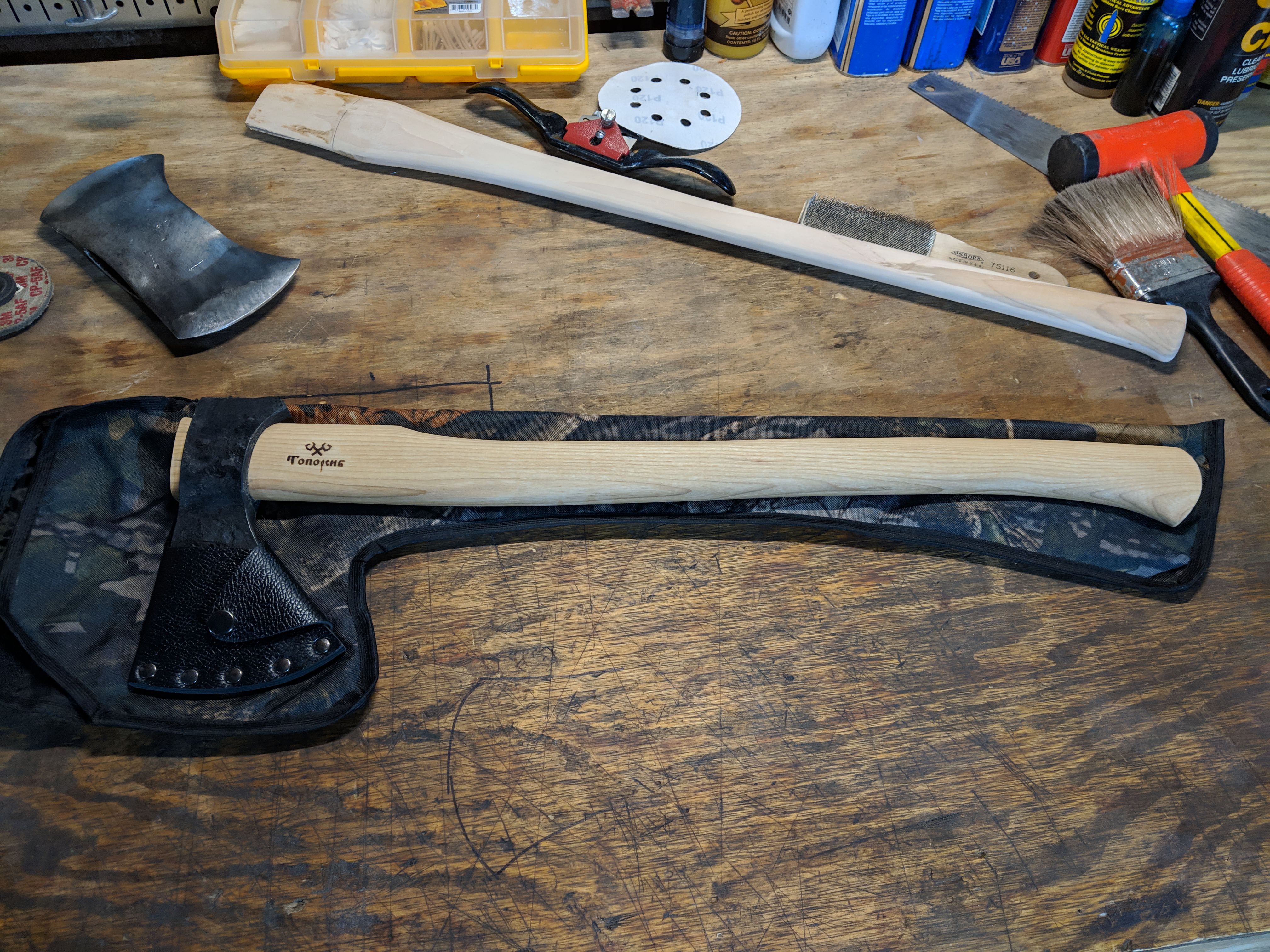 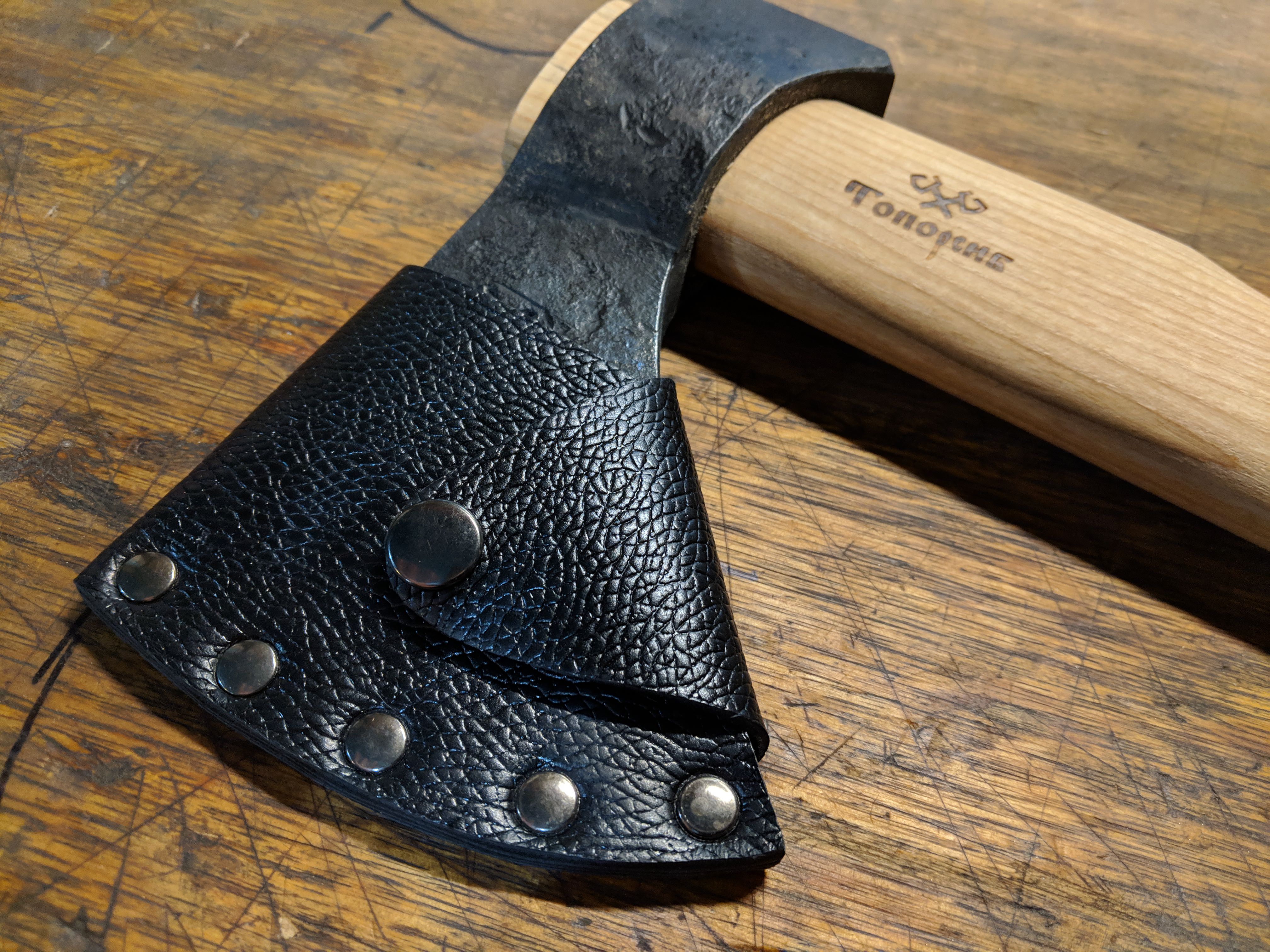 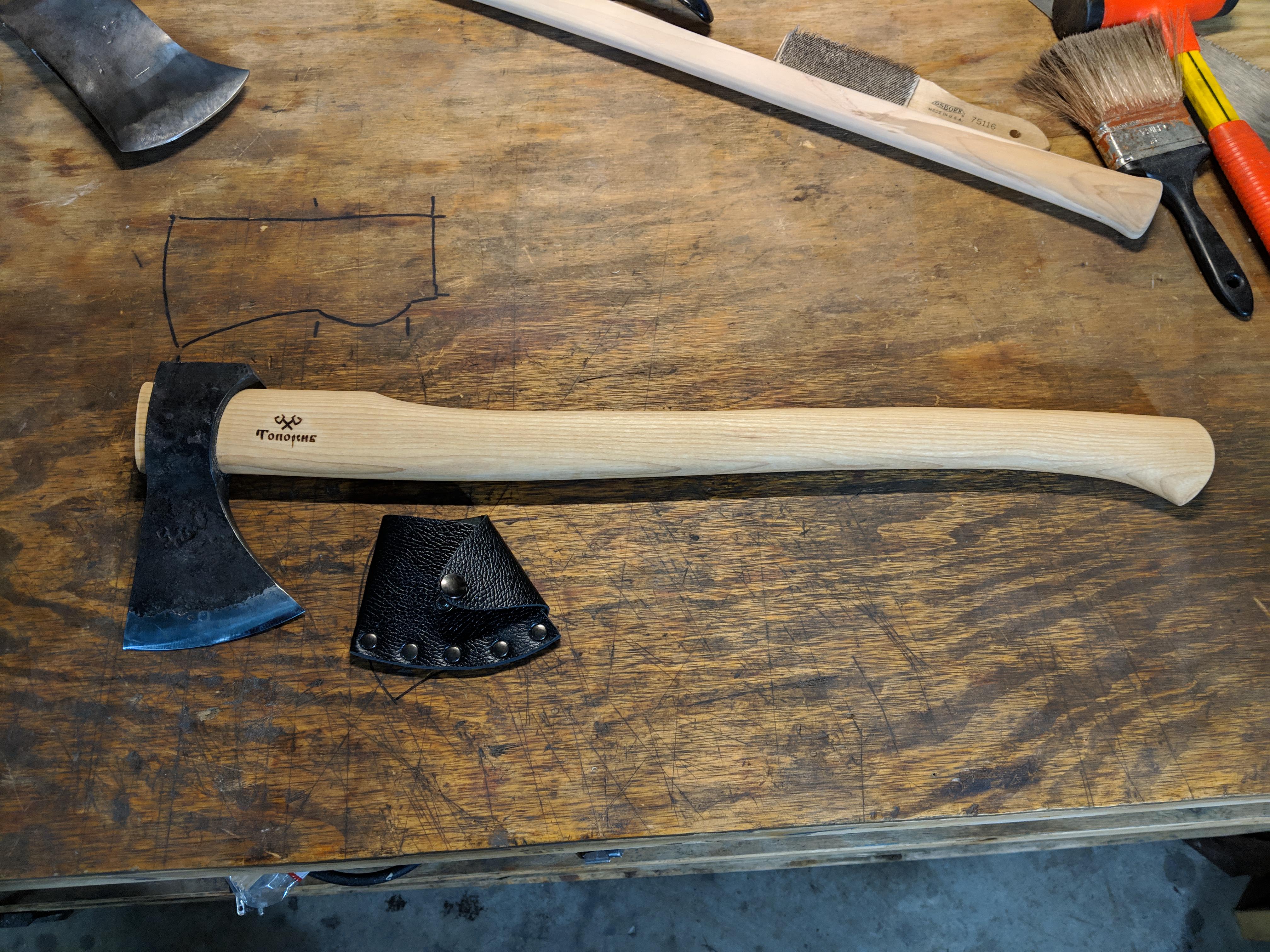 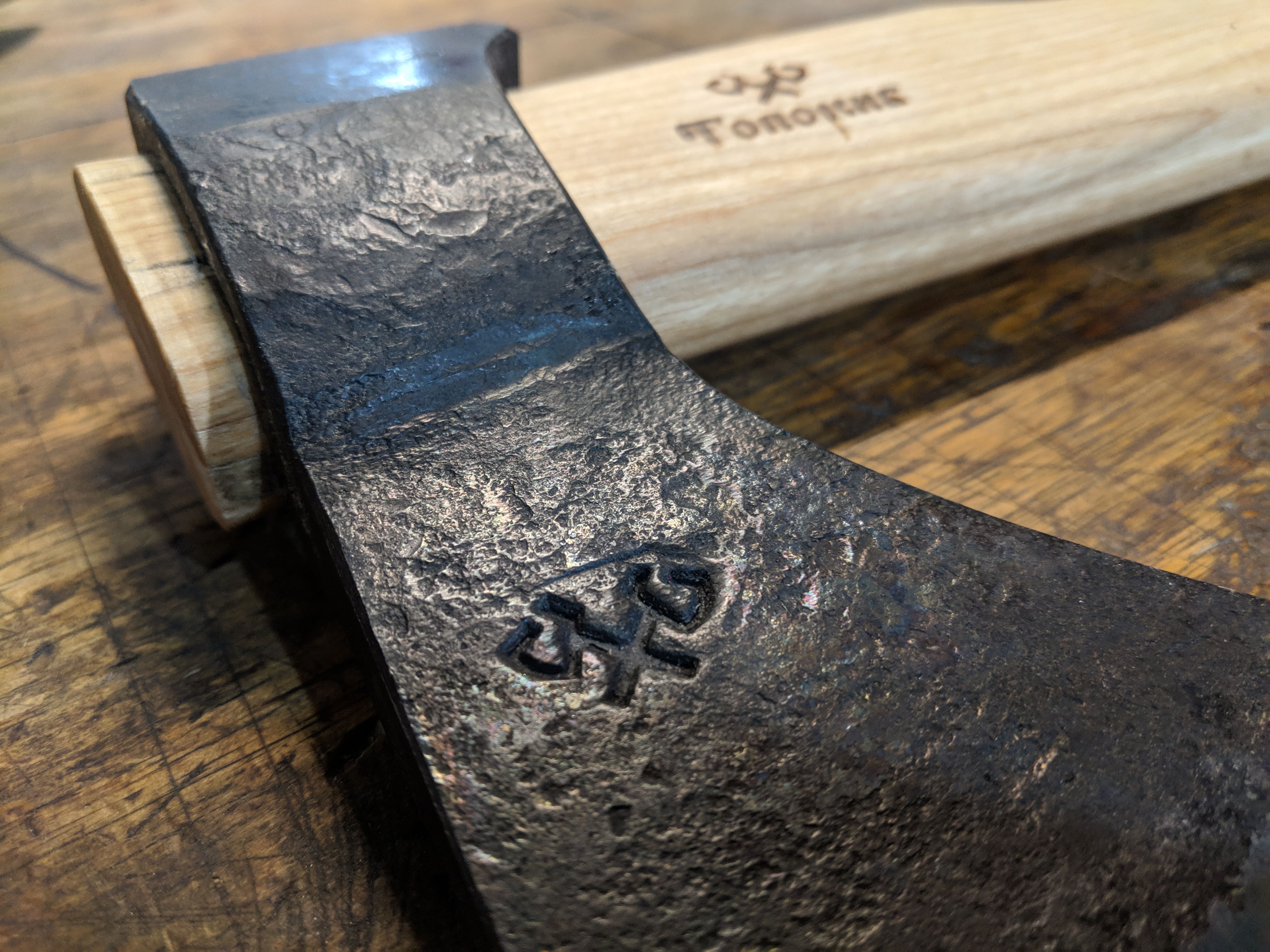 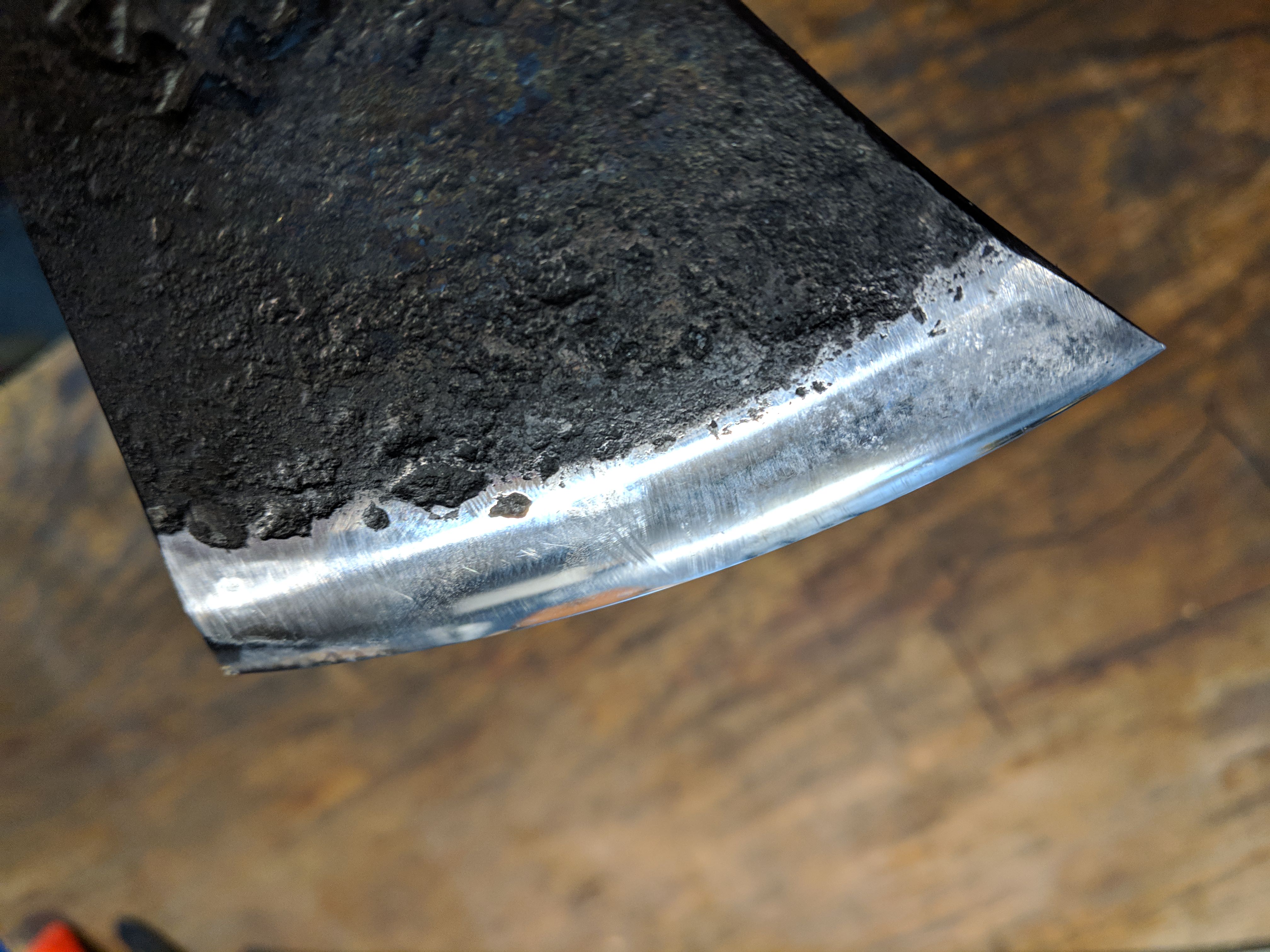 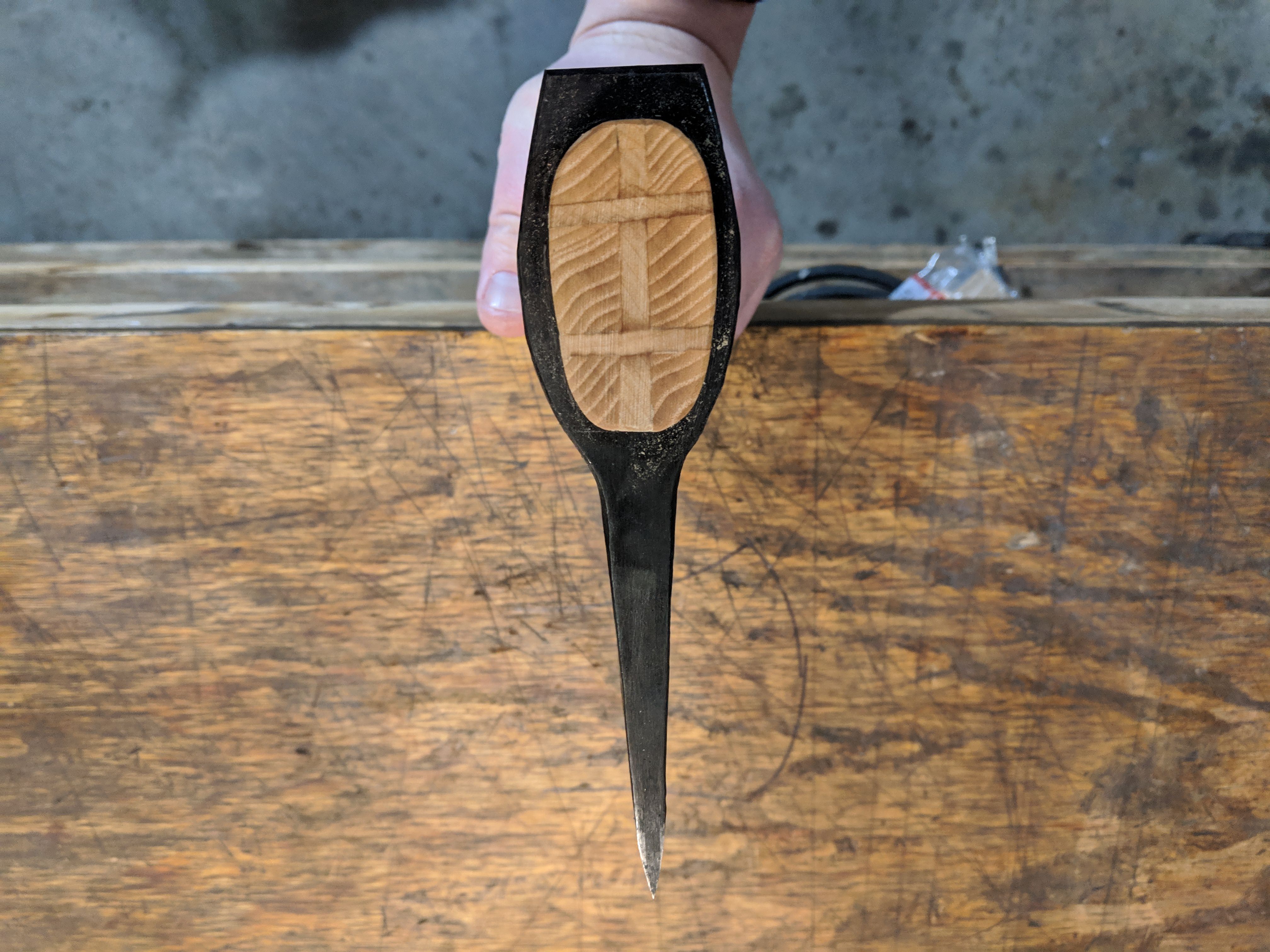 Pretty hyped for my recent axe purchase - Russian-made from the Siberian Tiaga - Toporsib Bobr (Бобр) Axe. Total weight is 3.5 lb, hand forged laminated steel, hardened poll, and on a Beech haft that is roughly 26" long. Here are a few pics, and album link posted below...

Fine piece of equipment you have there
LondonNeil

Looks a chopper not a slpitter. Do you think you'll do the cord wood challenge again next year and give it some action?
Multifaceted

LondonNeil said:
Looks a chopper not a slpitter. Do you think you'll do the cord wood challenge again next year and give it some action?
Click to expand...

I'll try again next year. I was nearly completed one rick, then in July I tore my ACL, so that put my plans on completing to an end, unfortunately. On the bright side, I'm recovering very well - and quickly. I can swing axes now, I just need to be careful with my footing.

Today I got home a little early from work with about 45 minutes of daylight remaining, so I decided to take the Toprsib axe out and put it to the test. Here is an album with some commentary:

Sent from my iPhone using Tapatalk
Click to expand...

Thanks! From a brief use and review, I'm inclined to say it's a wood destroyer. The cutting ability is impressive for such a light axe. The haft needs to be thinned out considerably, that is first order of business. Other than that, I really like so far. Can't wait to use it again.
rarefish383

Hi guys and Merry Christmas. It’s been awhile for me on the thread but i still love the input. I’m happy to report that my fiskars x27 and and isocore gets 90% of my wood split. I keep the speeco 22 ton around for the uglies though. I loaned it out to a 60 yr old buddy for his new boiler and he must have liked it enough. His kids bought him a new one for Christmas

He said he’d bring mine back shortly. Other than putting my kids to work with it during Christmas break I wouldn’t care. The Isocore and x27 splits my dead ash faster! I wouldn’t loan him those two tools! Maybe I’ll get him the light x27 for Christmas next year for his easy splitting ash and he’ll see the light too. Until then he and my brothers will think I’m a crazy Neanderthal torture freak splitting by hand. Straight grained wood with a light splitting axe is so much easier!
You must log in or register to reply here.
Share:
Facebook Twitter Reddit Pinterest Tumblr WhatsApp Email Link